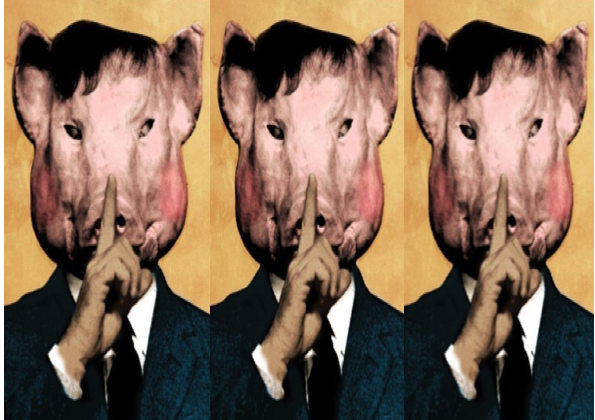 WHAT THEY’RE SAYING--If one thing drives me to write, especially these posts, it is the urgent need for us to start understanding power. Power is the force that shapes almost everything about our lives and our deaths. There is no more important issue. Understanding power and overcoming it through that understanding is the only path to liberation we can take as individuals, as societies, and as a species.

Which is why it should be simply astonishing that no one in the media, supposedly a free marketplace of ideas, ever directly addresses matters of power – beyond the shadow play of party politics and celebrity scandals.

And yet, of course, this lack of interest in analyzing and understanding power is not surprising at all. Because the corporate media is the key tool – or seen another way, the central expression – of power.

That is why true power makes itself as invisible and as inscrutable as it can. Like a mushroom, power can grow only in darkness. That is why it is the hardest thing to write about in ways that are intelligible to those under its spell, which is most of us, most of the time. Because power coopts language, words are inadequate to the task of describing the story of real power.

Ripples on the surface

Notice I refer to power, not the powerful, because power should be understood more as an idea made flesh, an ideological matrix of structures, a way of understanding the world, than a set of people or a cabal. It has its own logic separate from the people who are considered powerful. Yes, politicians, celebrities, royalty, bankers and CEOs are part of its physical expression. But they are not power, precisely because those individuals are visible. The very visibility of their power makes them vulnerable and potentially expendable – the very opposite of power. (Read the rest.)