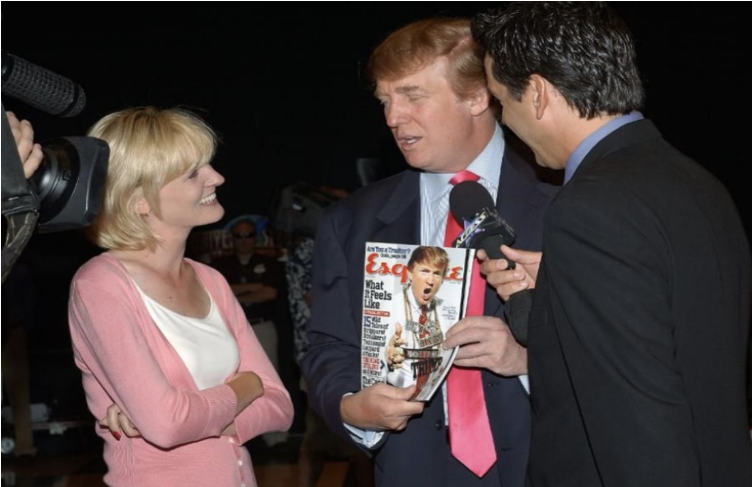 Apologies for the French, but I write this as I am flying over France on my way from London to Barcelona, after a quick trip to Rome.

Three European cities in three different countries in six days on a business trip that often turned into something quite unique.

Everywhere I went, I was consistently asked about our government’s recent global actions and those of our president. I’d have to say it was more 5% about our government and 95% about President Trump. Often the Europeans wouldn’t even ask a question they’d just give me their opinion. And these sudden sessions of spirited repartee would begin literally anywhere — breakfast, lunch, dinner, cappuccino, coffee, cocktails and even during my attempt at a late-night gelato run.

I mean, for the LOVE of gelato!! Could I just get a moment of uninterrupted, cioccolato bliss scooped and crafted into the shape of a rose on a sugar cone, please??

What I soon realized is this:

When it became apparent that I was from the United States, the French, Italians and Spaniards wanted to engage in all things “WTF USA?” I did politely remind them that all three of their respective countries had and have their own significant problems. Hey Italy! How about a another scoop of Berlusconi on a cone of corruption?

Now, I must say, I’ve traveled the world fairly extensively during the last three decades, with a decent amount of a that time in Europe, and I’ve never had this kind of incessant and intense discourse regarding my country.

Even in London, while mixing it up with some Parliamentarians and global business leaders, the conversation, after Brexit, was the good ol’ USA, minus the verbal WTF, of course. However, I do believe I could detect a WTF glint in their eyes.

So, here’s what I told everyone. Just two simple things.

First, I vote candidate and issue specific. I do not vote based on party. I wanted them to know there’s no party bias on my part.

Second, I told them, “We have the president we deserve.”

My latter pronouncement took them by surprise, to say the least. But it is true, I told them. Mr. Trump is the president we deserve. (Read the rest.)