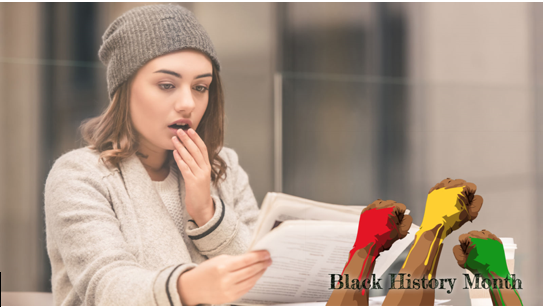 WHAT THEY’RE SAYING--I don’t know a lot about white history.

I also don’t know much about green bean casserole, Creedence Clearwater Revival or shampoo-and-conditioner-in-one. I am, however, familiar with seasoned salt, the nuances of Blue Magic vs. Dax vs. Pink Oil Lotion, and the musical stylings of Frankie Beverly and Maze.

And, unlike many of my educated white counterparts, I know a lot about American history.

As someone who was raised around black people and partially homeschooled, the American history I learned included the understanding that the Constitution counted me as a fraction of a human being; that the Founding Fathers enshrined the enslavement of people who looked like me into that document; and that, at one point, half of the population of this country decided they’d rather stop being Americans than cancel the 246th consecutive season of slavery.

It was only recently that I came to the realization that most Americans don’t learn history in chronological order. We teach children about the bravery of George Washington and the genius of Thomas Jefferson before we even broach the subject of the peculiar institution that started 150 years before there was a Declaration of Independence.

Every third-grader in America knows the name of the Mayflower, but very few are ever taught about the White Lion and the Treasurer, which brought the first enslaved Africans to the English colonies in 1619. According to a report by the Southern Poverty Law Center, nine out of 10 high school seniors either incorrectly identified or openly admitted they weren’t sure of what caused the Civil War. Two-thirds (68 percent) of high school seniors don’t know that it took a constitutional amendment to formally end slavery.

This past October, Caucasian HBO subscribers were stunned to learn about the terrorist attack on Tulsa, Oklahoma, while the Greenwood Massacre was commonly known in Black America. I guess white people thought Game’s Black Wall Street record label was so clever!

This is not black history. This is American history. (Read the rest.)