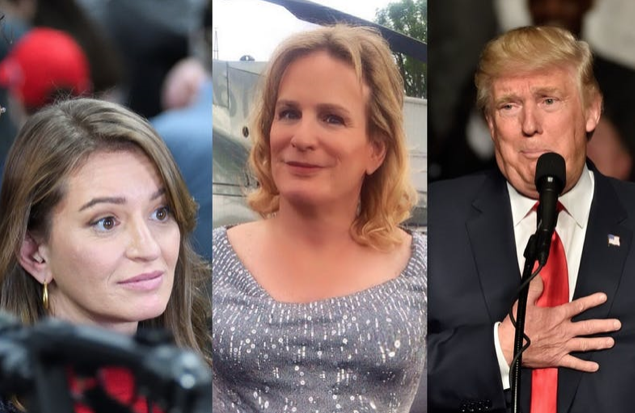 WHAT THEY’RE SAYING--Donald Trump once made fun of a journalist for having a “t****y dad,” according to a new book co-authored by two Daily Beast journalists.

Lachlan Markay and Asawin Suebsaeng’s new book, Sinking in the Swamp: How Trump’s Minions and Misfits Poisoned Washington, bills itself as an “eyewitness account” of how the Trump administration brought an “unprecedented awfulness” to Washington in the form of “charlatans, conspiracy theorists, ideologues, and run-of-the-mill con artists” who were given powerful political jobs.

An excerpt released in advance discusses Trump’s dislike of MSNBC host Katy Tur (then a correspondent for NBC News). She interviewed him just after he announced his campaign in 2015 and asked some hard questions about foreign policy, setting off years of insults at campaign rallies where he would refer to her as a “third-rate journalist” and “Little Katy.”

Trump famously loves giving out nicknames, and several sources told the authors that his nickname for Tur is “that b***h with the t****y dad.” (Read the rest.) ]