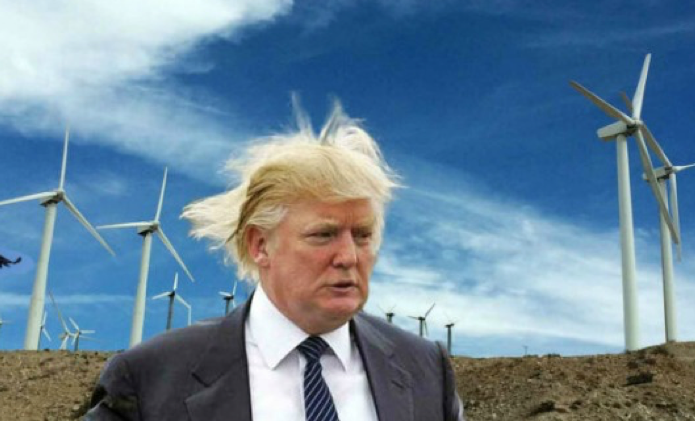 WHAT THEY’RE SAYING--Sorry but bad news: IMPOTUS is a moron, and increasingly unwell.

While vacationing once again - on what is now the $118 million taxpayers' dime - he spoke to young conservatives at their Turning Point USA conference in West Palm Beach. 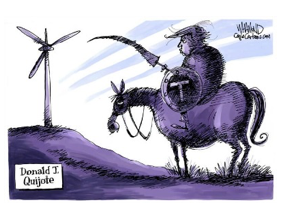 There, taking a break from ranting about toilets and dishwashers, the Mad King went off on windmills, his longtime, cancer-causing, bird-killing, golf-course-blighting nemesis, which evidently feels like a safer topic than, say, impeachment. “I never understood wind,” he began, before swiftly leaping to the inevitable, unintelligible, utterly meaningless boast, “I know windmills very much. I have studied it better than anybody."

Then, "I know it is very expensive," adding they're mostly made in China and Germany, "but they are manufactured, tremendous — if you are into this..." Then fumes and gases and the universe and killing piles of bald eagles and "by the way they make you turn it off."

In the midst of this, the observation, "You know we have a world, right?” At this rate, not for long.