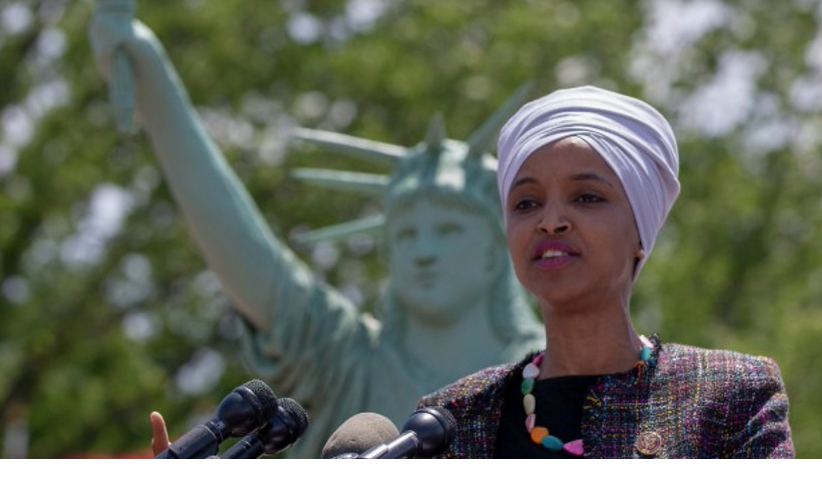 How strong and powerful is a country if it cannot handle the slightest bit of self-reflection or self-criticism?

Two recent controversies have revealed an unsettling reality about American education: the ruling members of both the nation's major political parties do not want an informed citizenry. With the right wing riled up about critical race theory in schools and both sides of the political aisle in an uproar over Ilhan Omar’s comments on the United States and the International Criminal Court, it’s difficult to come to any conclusion other than American politicians do not believe Americans should hear difficult truths about their own country.

The debate over critical race theory shows that plenty of politicians do not want the topic of racial inequities discussed in classrooms despite the fact that it’s a part of American history and leaving it out is tantamount to teaching science fiction instead. Red states have been moving to ban critical race theory from the classrooms, most recently Texas and Florida. Comments from Florida's Republican Gov. Rick DeSantis and other elected officials do not give me confidence that they even know what critical race theory is. DeSantis believes teaching critical race theory, which is an academic form of study that investigates the way racism is woven into institutions and governments, is indoctrination. Yet, in the bill DeSantis hawks, it states "… [instruction] may not define American history as something other than the creation of a new nation based largely on universal principles stated in the Declaration of Independence.” Is this not also a form of indoctrination, stating there is only one interpretation of the nation? If not, why not?

One reason I imagine DeSantis would have difficulty answering that is critical race theory is not currently taught anywhere in Florida. So, where is he gathering his information on what critical race theory will do to students? Does he just believe that American students hearing about racism in our history and institutions will cause them to hate the country? Does he believe that if Americans are made aware of the amount of racism embedded in both our current reality and our history, they will turn on the country? Perhaps he should state that if so. Or does he think that slavery, Jim Crow, redlining, and police brutality never occurred? Or does he know those occurred but does not think they are important enough to teach? Since he does not appear to know what critical race theory is and is defensive about racism’s part in the United States being taught, it’s difficult to come to a good faith conclusion other than DeSantis—and others pushing similar laws—would rather Americans not know the depths of which white supremacy infects our history.

Sadly, this lack of faith in Americans’ ability to hear truths appears to not only be held by conservatives. Nancy Pelosi and leading House Democrats last week signed a denouncement of Rep. Ilhan Omar (D-Minn.) for this tweet. I must admit, I am somewhat at a loss as to why anyone would have a problem with what Omar said. Why wouldn’t someone want the United States held to the highest of standards? Is there a reason we should not welcome the ICC’s investigation of American crimes? The issue appears to be that Omar dared to mention the Taliban and Hamas in the same thought. Does Democratic leadership think the United States should be judged differently than those governments? If so, why? Are they worried that some American politicians may be indicted for actions taken over the past decades? That is the only reason I can think of as to why they want Omar hushed. After all, it’s rare to see House Democratic leadership rush to action as quickly as they did here.

Ironically, if there is an error in Omar’s comment, it is that Israel, Hamas, and the Taliban do not compare to the United States in terms of international actions. As far as I know, those countries have not tried to enact regime change in Grenada, Panama, Nicaragua, Iraq, Afghanistan, Libya, Iraq (again), Syria, Honduras, Venezuela, and, well, you get the picture. With that in mind, the terror over Omar mentioning the ICC starts to make some more sense.

Self-criticism is important for the United States. It is the most powerful country in the nation, a power attained by a mix of economic and military means. Such a situation is ripe for abuse (and even a sanitized version of history cannot obfuscate abuse has long been rampant). To have the peaceful world these politicians claim to desire, they should aim to make sure Americans are informed about the realities of our history and our present. Otherwise, the United States will continue to make disastrous decisions, ones that affect ourselves and the world at large. Preventing this will require Americans to learn some uncomfortable truths. However, unlike our politicians, I think they will be able to handle them. If this country is to ever improve, they will have no choice.

(Donald McCarthy is a writer and teacher from NY. His work has appeared with The Huffington Post, Salon, Paste Magazine, The Baltimore Review, The Manhattanville Review, and more. His website is www.donaldmccarthy.com.)