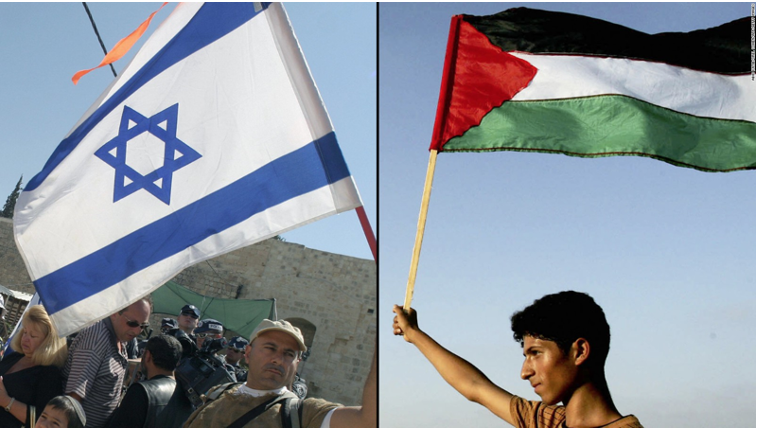 WORLD WATCH-Recently I had an opportunity to brief a group of European diplomats and journalists on a variety of conflicts, with a focus on the Middle East.

During the Q&A I was asked which of the region’s conflicts Biden should tackle first. Without much hesitation I said the Israeli-Palestinian conflict, not only because it is over seven decades old, but because it is an increasingly intractable, explosive, and destabilizing situation, which reverberates throughout the Mideast, and several regional powers are exploiting it to serve their own national interests, which sadly contributes to its endurance.

It is expected that Biden will support a two-state solution given his past position on the Israeli-Palestinian conflict, albeit a growing number of Israelis and Palestinians no longer believe that such an outcome remains viable. I disagree with this belief: the Palestinians will never give up their right to establish an independent state of their own, and the one-state solution, which is being floated as an alternative, will never be accepted by the Israelis, because that would compromise the Jewish national identity of the state and undercut its democratic nature.

Due to the inter-dispersement of the Israeli and Palestinian populations, the two independent states, however, will have to fully collaborate in many areas, especially on security and economic development. This will lead to the establishment of the framework for a confederation, which will be the final outcome after several years of peace and reconciliation.

For Biden to succeed where his predecessors failed, he must repair the severe damage that Trump has inflicted on the entire peace process and restore the Palestinians’ confidence in a new negotiation that could, in fact, lead to a permanent solution. To that end, he must take specific measures before the start of the talks and establish rules of engagements to which both sides must fully subscribe to demonstrate their commitment to reaching an agreement.

Reestablish the PLO mission in DC: Biden should allow the Palestinian Authority (PA) to reestablish its mission in DC. This would immediately open a channel of communication which is central to the development of a dialogue between the US and the PA and to clear some of the initial hurdles before resuming the negotiations.

Resuming financial aid: It is essential that Biden restore the financial aid that the Palestinians had been receiving from the US. The Palestinian Authority is financially strapped and is in desperate need of assistance. The aid given should be monitored to ensure that the money is spent on specific program and projects.

Prohibiting territorial annexation: The Biden administration should inform the Israeli government that it will object to any further annexation of Palestinian territories. It will, however, keep the American embassy in Jerusalem and continue recognizing Jerusalem as its capital, leaving its final status to be negotiated.

Freezing settlement expansion: Given the intense controversy about the settlements and their adverse psychological and practical effect on the Palestinians, Biden should insist that Israel impose a temporary freeze on the expansion of settlements. This issue should top the negotiating agenda to allow for a later expansion of specific settlements in the context of land swaps.

Appoint professional and unbiased mediators: Unlike Trump’s envoys who openly supported the settlements and paid little or no heed to the Palestinians’ aspirations, Biden’s envoys should be known for their integrity, professionalism, and understanding of the intricacies of the conflict, and be committed to a two-state solution.

Invite Arab and European observers: The Arab states and the EU are extremely vested in a solution to the Israeli-Palestinian conflict. Saudi and German officials will be ideal observers who can render significant help in their unique capacity as leading Arab and European powers.

Establishing the end game: No negotiations succeed unless the parties involved agree on the nature of their desired outcome. For the Palestinians it is establishing an independent Palestinian state, and for Israelis it is maintaining the security and independence of a democratic Jewish state. Before embarking on new negotiations, the Biden administration should insist that both sides unequivocally commit to a two-state outcome.

Acknowledging historical and psychological impediments: Both sides have paid little heed in the past to the need to understand each other’s historic experiences -- the Holocaust for the Israelis and the Nakba (catastrophe) for the Palestinians -- which they subconsciously use as protective shields. Acknowledging each other’s respective traumatic experiences would help mitigate the psychological impediments which continue to feed into the mutual distrust and hatred.

Ending public acrimony: No negotiations can be conducted in good faith in an atmosphere of mutual public acrimony, as had been the case in all prior peace talks. An integral part of any negotiating process is to build trust, which cannot be nurtured while denouncing each other publicly. Leaders on both sides must end acrimonious statements, as their respective publics will have no faith in negotiations under such an atmosphere.

Renouncing and preventing violence: Both sides must commit not only to renouncing violence but to doing everything in their power to prevent acts of violence against one another. To be sure, nothing is more disruptive to the negotiations than a wanton act of violence. To that end, both sides need to fully collaborate on all security matters and send a clear massage, especially to extremists on both sides, that violence will not be tolerated, and perpetrators will suffer severe consequences.

Delinking and “banking” agreed-upon issues: What will be necessary in future talks is to commit to “bank” any agreement reached on a specific issue, delink it from all others, and not subject it to renegotiations should the talks stall or collapse. This would prevent the resumption of negotiations from ground zero and allow for the building blocks that could eventually lead to an agreement.

In that regard, five critical issues -- the settlements, Jerusalem, the Palestinian refugees, national security, and borders -- have been hashed and rehashed ad nauseum in past negotiations. The Biden team should identify any common denominator on these issues to prevent renegotiating certain elements over which both sides have already agreed.

Establishing a process of reconciliation: The negotiating process must simultaneously be accompanied by a process of reconciliation. Both sides must initiate widespread people-to-people interactions to gradually mitigate the deep animosity and distrust between them which cannot simply be negotiated away. Israelis and Palestinians should engage in many activities, including sports, performing arts, tourism, development projects, and student interactions, to foster trust and confidence that peaceful coexistence is possible.

The failure of both sides to agree in the past to establish and be governed by the above rules of engagement clearly suggests that neither side negotiated in good faith. The Biden administration must insist that Israelis and Palestinians accept the above rules if they want to resume the negotiations in earnest. Otherwise, the new talks will be nothing but an exercise in futility.

Sadly though, the current leaders in Israel and Palestine are not in a position to enter into serious negotiations and must leave the political scene before Biden resumes new talks. Prime Minister Netanyahu is on record opposing the establishment of a Palestinian state; he is also facing three criminal charges of corruption, and in spite of his impressive accomplishments, he may well have outlived his usefulness.

President Abbas too has taken a hard position in connection with the settlements, Jerusalem, and the refugees, and it will be nearly impossible for him to make any significant concession and survive politically. He is also “too comfortable” in his position and does not want to leave the political scene accused of having sold the Palestinian cause. In the interim, Biden should reiterate the U.S. commitment to Israel’s national security and his support for the establishment of a Palestinian state, giving a clear signal that only moderation will win the day.

The U.S. remains the indispensable power that can bring both sides to an enduring peace, because no other power can exert the kind of influence needed to reach a breakthrough. For the Biden administration to bring this about, it must play an active role by advancing its own ideas and put its foot down when necessary because neither the Israelis nor the Palestinians can have it only their way, and certainly not without direct U.S. involvement.

As president, Biden has a momentous opportunity to end the Israeli-Palestinian conflict, and both sides will do well to grasp the moment.

(Dr. Alon Ben-Meir is a professor of international relations at the Center for Global Affairs at NYU. He teaches courses on international negotiation and Middle Eastern studies.) Photo: CNN. Prepped for CityWatch by Linda Abrams.