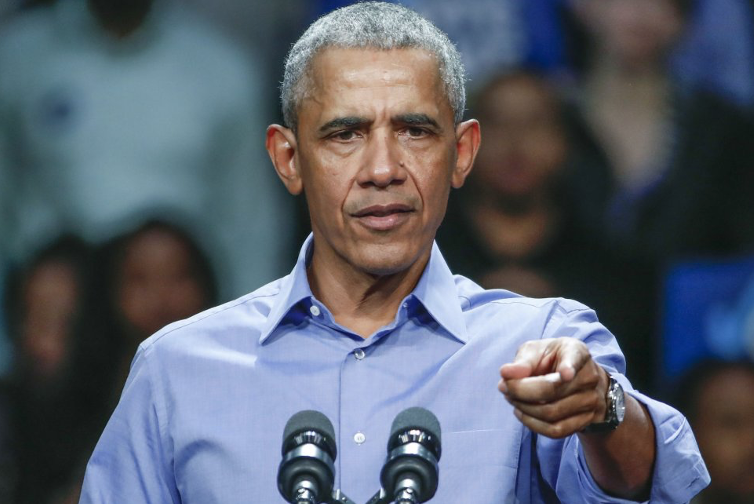 VIEW FROM HERE--With President-elect Biden set to enter the White House next January, a question many people are asking is how best to use President Obama in the next administration?

I have a proposal. How about appointing the former president as a czar for promoting civic engagement and the protection of democracy? Essentially, this would amount to him leading a federally backed task force focusing on three core pillars of our civil society: education, social media, and voter participation. Although there have been significant efforts underway to address each of these areas, what has been lacking is the coordination, political capital, and leadership needed to make real change. And make no mistake about it. Change is needed.

Yes, the number of citizens who voted in 2020 was a shot of adrenaline. But even this enthusiasm cannot mask the reality that our system has been coming undone for years. A 2016 survey by the Annenberg Public Policy Center found that only 26 percent of Americans can name all three branches of government. Polling of Americans’ civic literacy, conducted by the Woodrow Wilson National Fellowship Foundation, found that while 90% of immigrants to this country pass the USCIS Citizenship Test (passage of which requires answering correctly six of ten multiple-choice questions), only a third of native-born Americans can pass the test. Even more alarming, seventy-four percent of senior citizens can pass the test. But only 19% of Americans under the age of 45 can answer even six of the ten questions correctly. Only nine states and the District of Columbia require one year of U.S. government or civics, while 30 states require a half year and the other 11 have no civics requirement at all. Can you believe that? No civics requirement at all.

Given the severity of this situation and the consequences of failure (for instance, the election of a reality TV star in 2016), I think Biden should enlist Barack Obama to take on this existential challenge. With the appropriate financial and political resources, his operation could get to the root of these problems and implement the changes needed. It is not about conducting more polls and surveys; it would be about creating a nationwide effort to reimagine what it means to be an American citizen in the 21st century and to change expectations, habits, laws, and policies.

As a czar of this hypothetical task force, Obama would have instant credibility and the appropriate stature needed to shift the dial on all three fronts: schools, the internet, and Congress. Given his leverage, Obama could set an ambitious to-do list that has at least three key goals.

First, the commission could launch a campaign to reduce the voting age to 16. This goal would require a massive education outreach, as well as a reconstitution of how we teach civics in schools, register citizens to vote, and process their ballots on election day. Starting to get youth engaged with voting while they are still in high school has many advantages. By lowering the voting age, 16 and 17-year-olds have an opportunity to become more politically aware. A detailed study of voters’ ages and habits in Denmark found that 18-year-olds were far more likely to cast their “first vote” than 19-year-olds and that every month of extra age in those years resulted in a decline in “first vote” turnout. To argue that a 16-year-old is not intellectually or emotionally mature enough to vote is a failure of our educational system and has nothing to do with the age itself.

Secondly, this commission could make it a goal to ensure that any proven act of voter suppression becomes a federal crime. This initiative would again require a massive education outreach effort, as well as lobbying Congress to pass a new form of criminal justice legislation. Voter intimidation at the polls is against federal law already. But many other forms of voter intimidation are not illegal in our country, or at least not prosecuted as dangerous offenses. The task force would work to uproot all forms of voter suppression, including gerrymandering, voter ID laws that disproportionately impact communities of color, voter suppression robocalls on election day, limitations on voting methods, and even the efficacy of the Electoral College.

Thirdly, the commission could have the authority and mandate to work with the tech giants to completely re-engineer their business model so that they are acting in the interests of democracy and not just their bottom line. The message from the Biden administration should be unambiguous. Either you change, or we will break your companies up. Think Teddy Roosevelt, and you get the picture. No more disinformation. No more colluding with foreign governments. No more targeting youth with manipulative ads that distort reality and disengage them from civic life. As with the other two initiatives, this will also require a massive education outreach effort, and it will need the full backing of the federal government to have teeth. But who better to persuade the social media giants of their civic obligations, as well as their economic opportunities, than Mr. Obama? He is a master communicator who understands how to speak the language of trendsetters. He is also someone who uses these platforms with remarkable ease and proficiency.

If anyone can accomplish these sizable goals, it is Barack Obama. Perhaps he was our most savvy, charismatic, and intelligent POTUS. He is also relatively young and capable of doing something new in his career that would be an incredible challenge with tremendous implications for the future of American democracy. In my mind, that sure beats keeping house and writing memoirs for the rest of his life. I also think it is a much more creative post than U.S. Supreme Court Justice (which he has shown little interest in), a symbolic designation at the top of an international organization such as the UN, or something out of the box such as the commissioner of the NBA. Not to mention, the role I am proposing can build on the work he did with the "My Brother's Keeper Challenge," a public-private partnership of the United States federal government which promoted intervention by civic leaders in the lives of young men of color. In many respects, this new initiative would be a broadening of that work and a way to make the goals of "My Brother's Keeper," a national priority.

Face it: the man can basically pick his next job. From his standpoint, why not make it one that will not only maximize his most impressive talents as a leader but also inspire millions of young leaders all over the country to become better citizens. He is, after all, the living embodiment of American democracy and our most beloved global ambassador. Why not create a position that champions both at the same time?

(George Cassidy Payne is a social worker and adjunct professor of philosophy. He is a CityWatch contributor who lives and works in Rochester, NY.)