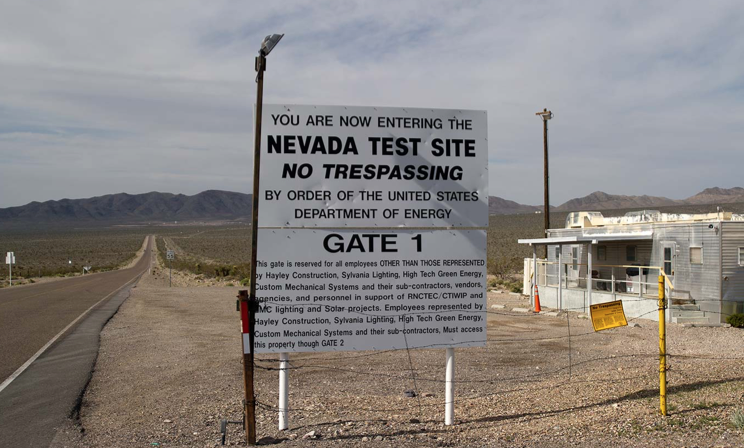 NUCLEAR POLITICS-Americans who grew up with nightmares of nuclear weapons explosions should get ready for some terrifying flashbacks, for the Trump administration appears to be preparing to resume U.S. nuclear weapons tests.

Nuclear tests, of course, enabled the nine nuclear powers to develop bigger and more efficient nuclear weapons for the purpose of waging nuclear war. Along the way, millions of people in the United States and other nations died or developed illnesses caused by the radioactive fallout from these tests.

The CTBT, which banned all nuclear weapons tests, has been signed by 184 nations, including the United States. This century, only North Korea has flouted the treaty, triggering an avalanche of condemnation from other nations.

But the Trump administration now seems to be preparing to ignore treaty constraints and world opinion by reviving nuclear weapons explosions. A Washington Post article reported that, in mid-May 2020, a meeting of senior U.S. officials from top national security agencies engaged in serious discussions about U.S. nuclear test resumption. According to one official, the idea was that test renewal would help pressure Russia and China into making concessions during future negotiations over nuclear weapons.

In an apparent follow-up, Senator Tom Cotton (R-AR) introduced an amendment to the fiscal 2021 National Defense Authorization Act (NDAA) that would give the Trump administration “no less than $10 million” to conduct a nuclear weapons test, “if necessary.” Taken up by the Senate Armed Services Committee on June 10, the amendment passed by a vote along strict party lines. Currently, Congress is debating the NDAA.

Meanwhile, during a press briefing in Brussels, the administration’s special envoy for arms control stated that the U.S. government “will maintain the ability to conduct nuclear tests if we see reason to do so.” Although he said he was “not aware of any reason to test at this stage,” he added that he would not “shut the door on it,” either. “Why would we?”

Actually, there are numerous reasons why the resumption of U.S. nuclear weapons explosions is a terrible idea. If the U.S. government began atmospheric nuclear testing, it would violate the Partial Test Ban Treaty (which it ratified), as well as the CTBT (which it signed but, thanks to Republican Senate opposition, has not yet ratified). Even if U.S. nuclear tests were conducted underground and, thus, violated only the CTBT, the result would be a dramatic loss of credibility for the United States and an escalation of the nuclear arms race. As Daryl Kimball, executive director of the Arms Control Association, has remarked: “Other nuclear powers would undoubtedly seize the opportunity provided by a U.S. nuclear blast to engage in explosive tests of their own, which could help them perfect new and more dangerous types of warheads.”

In addition, a considerable numbers of non-nuclear nations might decide that, given the U.S. government’s failure to fulfill its treaty obligations, their adherence to the nuclear Nonproliferation Treaty no longer made sense. Therefore, they would begin nuclear testing to facilitate developing their own nuclear weapons arsenals.

Furthermore, U.S. nuclear weapons explosions, whether in the atmosphere or underground, would have serious health and environmental consequences. Even underground U.S. tests have released large quantities of radioactive fallout, and the U.S. government is still dealing with the devastation they caused to communities near the testing sites. Furthermore, no method has been found for cleaning up the plutonium and other radionuclides that the tests have left underground.

Remarkably, there is no military necessity for nuclear test resumption. Not only does the U.S. government possess nearly half the world’s nuclear weapons, which are quite sufficient to eradicate life on earth, but the occasionally-cited justification for testing that it is necessary to make sure U.S. weapons actually work—is deeply flawed. The U.S. government has spent tens of billions of dollars on the Stockpile Stewardship Program, a wide range of diagnostic, non-explosive tests, to ensure that its nuclear weapons are reliable. And every year the directors of the U.S. nuclear weapons labs report that they are.

In fact, the nuclear testing now being considered by the Trump administration is designed with the same purpose that weapons have traditionally had in world affairs: to intimidate other nations. Within this framework, it makes perfect sense to use U.S. military might to bully the Russian and Chinese governments into compliance with U.S. government demands. The problem with that kind of thinking is that military intimidation is a very dangerous game, especially when it’s played with nuclear weapons.

Naturally, nuclear critics have assailed Trump’s new military gambit. John Tierney, the executive director of the Council for a Livable World, declared that the administration’s reported consideration of nuclear tests “was as reckless as it was stupid. The United States does not need to conduct explosive nuclear tests and we don’t want anyone else to, either.” Congressional Democrats have been particularly outspoken in opposition. In early June, Senator Edward Markey (D-MA), a long-time Congressional leader on nuclear arms control and disarmament issues -- joined by 13 other Democratic Senators, including Senate Democratic leader Chuck Schumer -- introduced the Preserving Leadership Against Nuclear Explosives Testing (PLANET) Act, which would prohibit funding for U.S. nuclear tests.

On July 16, Markey joined distinguished scientists and other nuclear experts at a virtual press conference to announce the publication of an Open Letter in Science calling upon the nation’s scientific community to support the PLANET Act and oppose nuclear test resumption.

Who knows? Under fire, Trump might suddenly declare that he never heard of the idea!

(Dr. Lawrence Wittner, syndicated by PeaceVoice, is Professor of History emeritus at SUNY/Albany and the author of Confronting the Bomb (Stanford University Press).) Prepped for CityWatch by Linda Abrams.