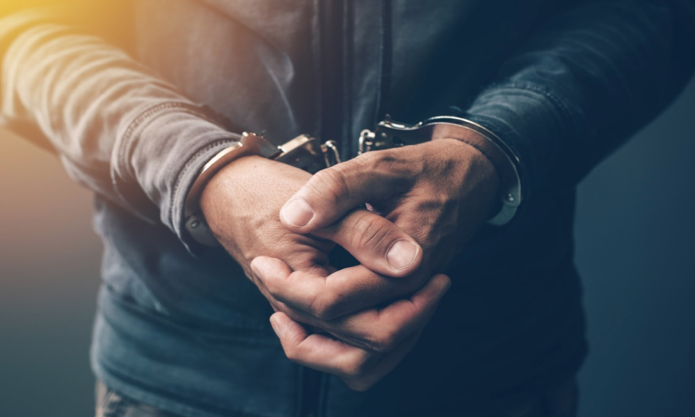 4TH OF JULY PERSPECTIVE-When I was a child, I learned to believe that Americans valued freedom and equality more than any other place on the planet.

I learned that, in our criminal justice system, we were innocent until proven guilty.

Call me a cynic, but as Independence Day approaches, I can’t help but think about how unfree America truly is, particularly for people of color.

Police are choking us to death on camera like George Floyd and shooting us to death in our sleep like Breonna Taylor. And when we’re not being killed by police, we’re locked in cages guarded by correctional officers.

One out of five incarcerated people in the world is locked up here in the land of the free.

That’s more than 2.3 million people  — greater than the population of 16 U.S. states. And the $190 billion we spend each year on mass incarceration is higher than the GDP of 22 states.

This obsession with criminalization is driven by structural racism.

Around 60 percent of America’s incarcerated people are Black or Latinx, despite those two groups making up just 30 percent of the country’s population. Black and Latinx folks consistently receive longer, harsher penalties for the same crimes white folks commit.

So much for equality. But “innocent until proven guilty” doesn’t hold up so well, either.

Roughly two-thirds of the 740,000 people in local jails right now are locked up in pretrial detention. That means they haven’t been convicted of the crime they were arrested for. And again, a disproportionate number of them are Black and Latino.

Being held pretrial wasn’t always so common. But over the last 15 years, 99 percent of the total growth in jails has come in the detention of people who haven’t been tried, but can’t afford bail.

Karen Dolan, director of the Criminalization of Race and Poverty Project at the Institute for Policy Studies and author of the report The Poor Get Prison, wrote, “If you are poor in America, you are criminalized at every turn.”

Even when Black and Latinx folks are busy not committing crimes — just walking the streets of our cities — we still manage to be on the receiving end of a disproportionate share of police brutality and killings.

Getting tossed in the slammer, having police stop and frisk you, or being shot and killed because you’re poor or officers are racist doesn’t sound like we’re living in the “land of the free.”

But the good news is we’re in the middle of a cognitive shift.

Millions of people have had it with being criminalized because they’re poor or have melanin in their skin. And millions of white people, including many in so-called Trump country, are now standing up to say that has to end, too.

Many are calling to demilitarize or defund the police as a step toward eventually abolishing them. Others want to remove police officers from schools, where they funnel kids into the system at an early age. And the movement to end cash bail, which makes pretrial detention a condition of poverty, not justice, is also picking up steam.

This year let’s celebrate Independence Day by reorienting our institutions away from mass incarceration and radically re-imagining our criminal justice system. Maybe then we can lay claim to the freedom and equality we’ve celebrated for centuries, but seldom practiced.

(Robert P. Alvarez is a media relations associate at the Institute for Policy Studies. This op-ed was distributed by OtherWords.org.) Prepped for CityWatch by Linda Abrams.