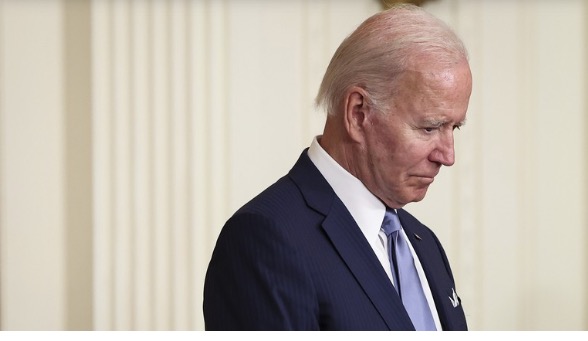 GUEST COMMENTARY - Former President Donald Trump's criminal use of lies and mob violence to steal the 2020 election failed, but it's not the only recent coup attack on our democracy.

In the last few years, a cabal of right-wing zealots have plotted to seize control of the U.S. Supreme Court. By hook and crook, they've installed a six-judge majority, and now they're using them as a political cudgel to try stealing not just a constitutional right, but an inherent human right from American women — the right to make their own reproductive decisions. By judicial fiat, the right-wing judges have decreed that the state will make birth decisions, regardless of what mothers want. This is the Republican Party's current concept of "small government."

When the supremes issued their government decree in June, headlines blared that the decision by "conservatives" on the court "ends" a woman's right to choose. That's wrong on two counts: First, there is nothing conservative about what amounts to a naked power grab by a small minority of pious, ideological tyrants. Second, a human right cannot be ended.

The judicial authoritarians who're perverting the court's purpose from justice to autocracy are deluding themselves if they think that six unelected judges ensconced in a marble bubble in Washington can deter the democratic imperative (much less the maternal authority) of millions of American women. Reality has many ways to conquer ideology. To be blunt, the right wing lost this fight the moment it won the ruling.

Unfortunately, even the Biden White House doesn't get the depth of the public's outrage and determination to restore this right into law. Asked about rising anger at his inaction, President Joe Biden dismissed the critics: "I'm the only president they got," he snapped.

Joe might want to reflect on the vibrant history of American democracy: If leaders don't lead, the people will, even if that means getting a new president.

He has tumbled into both ditches of lameness and lame duck. He set himself up for lame duckism in the 2020 race by promising voters that he would merely be "a bridge, not... anything else." He portrayed himself as a trusted, bipartisan inside player, an interim senior statesman who would calmly pilot the ship of state from Trump's bombast to wherever, whatever and whomever was next. Now, just a year and a half into his presidency, the duckism syndrome has kicked in, and he's scrambling to insist that he's still the president and making plans to run again in 2024. But that only highlights Biden's chief flaw: his inherent lameness.

He's playing president rather than being one. Take his embarrassingly meek response to the Supreme Court's six partisan extremists who just nullified the fundamental freedom of all women in America to control their own bodies. Biden called the court's dictate "terrible," but what did he do? His first "action" was to send out a fundraising mailing asking for $15 donations to reelect Democrats. Then he flew off on a four-day trip to Europe. Roundly condemned for being AWOL, he belatedly held a press conference in Spain, calling the Court's attack on women "destabilizing." Gosh, Joe — so harsh! Then he called on Congress to do something.

But wait — aren't you the president? OK, so you can't just dictate a fix, but shouldn't you at least be here, show up on the front lines and treat this as the democracy emergency it is? Hello! Six besotted judicial right-wingers who think their black robes make them little gods have just sanctimoniously usurped an innate human right! The 70% of Americans who oppose the ungodly arrogance of these six judges need a real president who'll fight like hell to restore this right. Where's Joe?

(Jim Hightower is a national radio commentator, writer, public speaker, and author of the books "Swim Against The Current: Even A Dead Fish Can Go With The Flow"(2008) and "There's Nothing in the Middle of the Road But Yellow Stripes and Dead Armadillos: A Work of Political Subversion" (1998). Hightower has spent three decades battling the Powers That Be on behalf of the Powers That Ought To Be - consumers, working families, environmentalists, small businesses, and just-plain-folks. This article was featured in Common Dreams.)