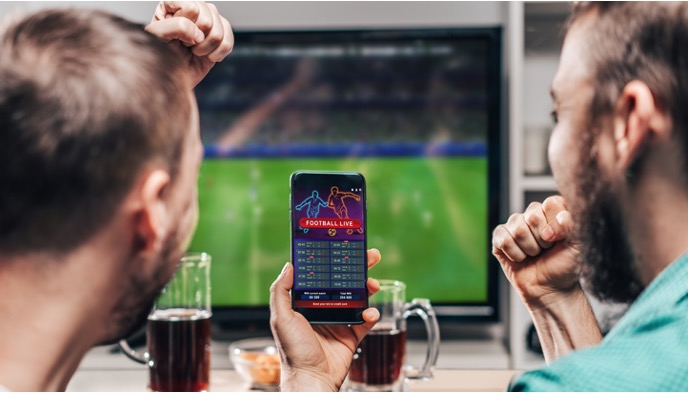 GELFAND’S WORLD - My television set is full of ads supporting or opposing the dueling gambling initiatives on the ballot, known as Propositions 26 and 27.

What should the reasonable voter do when confronting these proposals? I start with a simple observation and take it from there.

The principal observation: Television ads about ballot initiatives almost never tell you what the proposition would actually do. For example, Prop 27 has been marketed as a measure that will solve the homelessness problem. We see images of tent encampments and undernourished people and hear a noble sounding voice explaining that only Prop 27 will do something about homelessness, unlike that evil Prop 26.

On the other hand, I've been seeing ads for Prop 26 that kind of, sort of indicate that it would allow you to gamble on sporting events, and something something.

There was a third kind of ad that we saw for a while featuring California Indians who point out that their groups don't have casinos, and it is the rich, casino-owning groups who make all the money and leave them dirt poor. It was never entirely clear what this had to do with the competing initiatives, but there was some minimal emotional impact.

So let's start this discussion by taking up, for today, what Prop 26 is actually about.

As you may have guessed, it has something to do with giving Indian gambling groups another way to make a profit, by allowing them to run sports betting operations on their casino grounds. If I understand correctly, such an operation within a casino-proper is referred to as a "sports book." Whatever the terminology, Prop 26 would legalize sports betting operations in the California casinos. In addition -- I presume the Indians reached out in order to have allies -- legal sports betting is extended to racecourses. You can put two and two together and figure out that race courses would now be able to stay open pretty much every day of the year including Christmas and New Years because there would be money to make. The initiative throws another bone to California horse racing by forbidding bets on dog racing. I guess dog racing would be a competitor to the horse racing industry if allowed to be available to California bettors. The initiative presents this and other restrictions as if they were made purely for the public good.

So that's pretty much the gist of it. There are other little tidbits that you can find if you want to read the whole thing and look up what the pro and con groups are arguing. I suggest Ballotpedia, which has the story.

Now, allow me to point out the reasons why you should vote NO on this proposition.

The first and most obvious reason is that it was written by the groups who stand to profit by it. Here's the most important thing they wrote, ever so carefully, so as to profit themselves the most. The state tax on the casinos' gambling revenues is set at 10%. That's it. Ten percent. They are trying to market the proposition by putting in a headline that it taxes sports betting. What they are not saying is that the proposition will enshrine in the state constitution that 10% as the maximum. It would take a later constitutional amendment to change the rate.

There is a second, equally important reason for voting NO. This is a significant change in public policy. The proper way to enact such a policy change is for the state legislature to consider the matter, hold hearings, and decide whether it is at all appropriate. Perhaps the legislature would find that because lots of other states have legalized sports betting, California might as well join in the tax revenue, the same way we legalized lotteries a number of years ago. But if the legislature were to take the subject up, I assure you that somebody would look at the table presented by Ballotpedia (down near the bottom) titled Table US Sports Betting Revenue.

It's curious that state tax rates are all over the place, ranging from around 10% to as much as 47%. I would guess that proponents of the 10% tax would argue that going higher would drive customers away, but this doesn't seem to be the result. States as diverse as New York and New Hampshire tax at this rate, and they do multi-billions of dollars of sports betting. In fact, New York did $7.9 billion in one recent year.

If we as a state are interested in legalizing sports betting, we should do it by statute, setting a tax rate that would benefit the rest of the state.

There is one other issue, the elephant in the bedroom so to speak. At one time in my life, casino gambling was illegal in California. Las Vegas was the gambling Mecca. California followed a trend in which we indirectly paid reparations to Indians by giving them a monopoly on Las Vegas style casinos, admittedly with limitations on things like sports betting. So the elephant in the California bedroom is that the Indian groups in California still enjoy what is essentially a monopoly. Should they continue to enjoy that monopoly? One argument against would be that they have had a big head start, and they would continue to make a living no matter that we extended the right to run casinos to everyone. Maybe this is a bad argument, but it is a public policy question, and it should not be asked and answered by ballot initiatives written by the groups who most stand to profit.

If we want to extend gambling in California, let's consider it in a more public way, presumably through the deliberations of our elected representatives.

One additional point. The television ads treat Props 26 and 27 as if they were opposing remedies, and you should vote for the one or the other. This is part of the con that is ballot initiative marketing. In the same way that the television ads don't really tell you what the initiative really is intended to do (to limit taxation to 10%), the marketing campaign will never admit that we can and should vote NO on both propositions.

We'll get into that when we talk about Prop 27 in a later installment.

(Bob Gelfand writes on science, culture, and politics for CityWatch. He can be reached at amrep535@sbcglobal.net.)