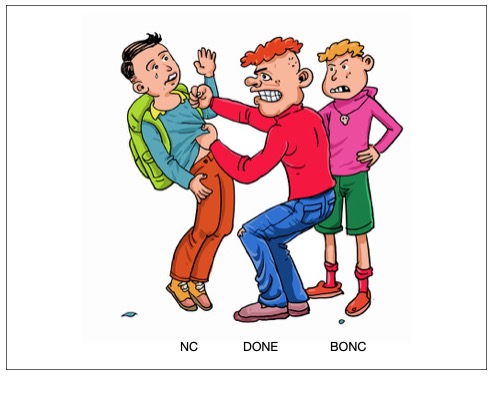 GELFAND’S WORLD - We've been discussing the rude way that the City of Los Angeles has been mistreating its neighborhood councils.

The complaints have come from numerous CityWatch writers over the past few months, myself included. But I think I have a new one for you.

So far, we've been complaining about the weird propensity by the Department of Neighborhood Empowerment (DONE) and the Board of Neighborhood Commissioners (BONC) to be more and more authoritarian. You might go so far as to call it bullying. They bark out a lot of orders that they expect us to follow, even when (at least in my judgment) they lack the legal basis for ordering anybody to do anything.

But you would think that those orders would at least be in understandable English. This is not just picking nits. If we are to communicate substance, we need to communicate. I would like to share with you a contrary example that came up at the end of last week. The issues we will consider are comprehensibility, timeliness, and substance.

Here's the background in brief. The Central San Pedro Neighborhood Council (CeSPNC) has been having issues between its president and some of its board members. The issue also goes to attitude, which we shall consider briefly at the end.

The CeSPNC president has been critical of several members of his own board, to the extent of calling them fairly derogatory things. He publicly accused a county supervisor of some sort of malfeasance, although it was not really clear what the supposed offense was or is. He accused at least one board member of breaking the law, and made these accusations public. Finally, he filed a grievance against his own neighborhood council, even though this is a grievance against the board members who had elected him president. In brief, there is a falling out between the president and an increasing majority of his board.

One other point which needs to be made clear. In this particular neighborhood council, the president is elected by the board (typically at the first meeting of each term) and the president serves at the pleasure of the board. Board members do not need to cite reasons for electing a new president, and they don't have to explain why they would like to remove a president. They can provide reasons if they wish, but the choice of the president is something that belongs to the board as a whole, and retention of that office is not something that the president owns.

In recent years, DONE has inserted itself into the internal affairs of the Central San Pedro Neighborhood Council with respect to two separate attempts by the board to remove a president. One of those actions happened just last week.

The CeSPNC board agreed to a special meeting which was scheduled for Thursday, July 28, 2022.  Here is the agenda item that is of interest:

"Discussion and possible motion requesting CeSPNC President resign as Board President and/or resign from the CeSPNC Board for persistent violations of the Code of Civility."

On the Thursday morning that the special meeting was scheduled to occur, the board received an email from the DONE staffer (he is referred to in DONE parlance as the NEA) regarding that night's meeting. Rather than cite bits and pieces, let's just look at the whole thing. (I've bolded some parts and, out of courtesy, removed email addresses.)

The Department is advising that this motion, listed in the July 28th special Board meeting, not be discussed.

Please let me know if you have any questions or concerns.

I will simply invite you to read the next to last paragraph and try to explain what it says. "The predisposition of any board member when a grievance is filed against the board can be deemed as retaliation or bullying as it was filed by a board member."

To borrow from the late Sonny Bono, "Now what the hell does that mean?"

The second sentence is equally opaque, although apparently aimed at a different subject, but we'll leave that discussion for another time.

The DONE writer seems to be suggesting that for CeSPNC, if some neighborhood council board member files a grievance petition, that automatically makes the targets of that grievance into bullies who will engage in acts of retaliation. Obviously this is not what was supposed to be communicated, but that is what DONE said. I showed this email to a colleague who was a little more outspoken than me, and who called it "incomprehensible and unintelligible."

The use of the word "predisposition" is kind of weird, don't you think?

What I suspect DONE is trying to say is that any grievance or censure could potentially be retaliation. That's hard to argue with. The more pertinent question is whether a motion is actually retaliation, and if so, is any retaliatory motion always out of order? Sometimes the necessary and rational response will be perceived as retaliation by one person and something entirely different by others.

When the CeSPNC president filed his grievance, was that grievance itself an attempt at retaliation? Who's to know, other than the person who actually filed the grievance? For the rest of us, the best we can do is to consider the substance (something DONE does not seem to have bothered to do) and try to decide whether any particular motion has merit and, if so, what to do about it.

To me, the original grievance looks an awful lot like retaliation, considering that it calls out the neighborhood council for voting in a way that the president disagreed with.

I think there is a simple interpretation that DONE seems blissfully unaware of. The president has made it difficult or impossible for the rest of the board members to accept him as their leader. In that case, the rational and predictable action by the remaining board members would be either to ask for the president's resignation or simply to remove him. It wouldn't be retaliatory to call the meeting and to discuss the merits of the motion.

It's obvious that DONE was taking sides in a dispute between the president and the many board members who would like him to resign. How could DONE even guess that such an obvious motion was retaliatory? The answer is that they can't. They can warn that you shouldn't be bad children -- which is essentially what they did -- but DONE was in no position to decide anything was retaliatory unless they had prejudged the case.

DONE has ignored the substance of the competing views. One comes from a person who was lawfully elected president but has lost the confidence of his board. It is an unrealistic position. The other side consists of people who want a change and have the legal authority to make that change.

DONE, for all its supposed piety about forcing neighborhood councils to be healthy and functional, took the precisely opposite stance in trying to intimidate CeSPNC from doing what it had to do.

The CeSPNC board members only received the email late morning on the day of their meeting. At least one board member noticed that the email advised them not to discuss the question. That board member pointed out that they weren't forbidden to vote on the question without discussing it. It would have been amusing had the board actually done this. But they stood their ground and acted in what they felt was the best interests of the neighborhood council as a whole.

The board members held the special session, took up the question, and with only one No vote, decided to ask the president to resign. And they did this in complete disregard of DONE's "advice."

It is, I think, an indication that DONE has lost a lot of respect over the last couple of years, particularly among the people who have to deal with it directly. It also indicates a growing concern over DONE's overreaching and the resulting reaction against that overreaching by neighborhood council activists.

And this is where the question of attitude comes in. Our recent experience teaches us that DONE and BONC act as if we in neighborhood councils are sixth graders, and they are the principal's office. The email cited above is just one more example of an attitude problem that we've seen in terms of a revised code of conduct and the digital information policy. It's time for a change, and we need to get that through to the mayoral candidates.