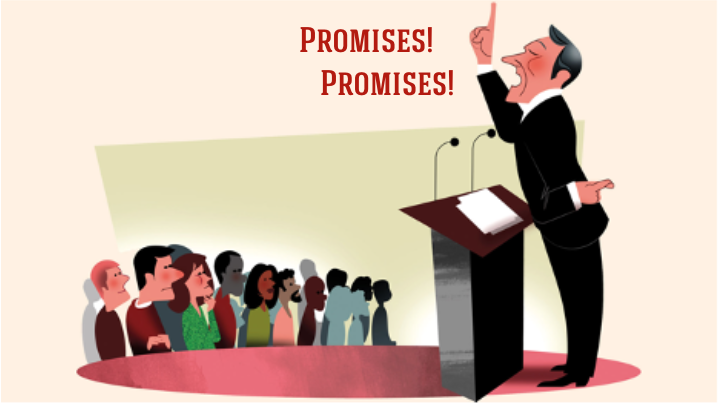 GELFAND’S WORLD - What promises would I really like to hear from the candidates -- or at least from some one of them so I could have a candidate to support?

Let's start with the fact that the City of Los Angeles has been running a structural deficit for well over a decade, and there would be a way to fix it if only the mayor and a few City Council representatives were willing to take it seriously. Let's start with a couple of observations:

1) The city is stuck with Proposition 13 and cannot raise property tax rates the way New York City or other towns can. Still, tax revenues continue to rise because property taxes on any one home will go up when that home is sold. In fact, we've been seeing our tax revenues rise over the post-Prop-13 years as the housing stock has turned over.

2) But in spite of tax revenues growing, the city manages to start each budget cycle with a massive spending overage due to the generosity of the City Council and the mayor in terms of city employee salaries.

I can remember the early 2000s (the "oughts" as people tried to call those years) when Janice Hahn paid a visit to our neighborhood council. I still remember repeating what I had been hearing from some of our CityWatch experts, namely that if the city went ahead with a multi-year salary increase that would ultimately rise to 25 percent, the city would not be able to afford it.

That's how a structural deficit gets started. Needless to say, the City Council went ahead and passed the salary deal, the mayor signed it, and then the city had to find ways to shave dollars out of every other part of city government ad nauseum.

That's why most elements of city government are chronically underfunded and why your neighborhood council representatives are routinely stuck with complaining about the lack of park employees, the low number of police, the strain on public health and public culture and street repairs.

So here's what I would like to hear from some mayoral candidate: "As mayor, I will not agree to any salary increase in City government for the next 8 years." That would be a good start on solving the structural deficit. It would be a partial start on funding city employee pensions, gradually raising the size of the LAPD, and -- imagine this -- having a few bucks available to fund the cultural and scenic additions that make life in the big city joyful.

It seems awfully unlikely that any of the frontrunners would agree to such an approach. The core Democrats -- DeLeon, Bass, Feuer -- are part of the Democratic Party-Big Labor alliance, and they hope to rely on support from exactly those organizations, including the teachers, the municipal employees, and the badged services including the Police and Fire Departments. Joe Buscaino, although running slightly to the right of the other core Democrats, has been making a case for his lifelong family ties to labor. That leaves Rick Caruso, who has just recently registered as a Democrat and who has the endorsement of a big police union. It is hard to imagine getting that endorsement without having some understanding about the next salary increase.

So, no, it's unlikely that we would experience adult decision making on the part of any of these candidates, but that's one thing I would have liked to have heard from at least one of them.

Dealing with the homeless issue

I've said this before, but let's try one more time.

I'm all for doing charitable and restorative work for the homeless. This would, at a minimum, include providing drinking water, a place to wash your hands, and an available public toilet. In short, the things that any of us would want to find while we were walking around a different city. In addition, there ought to be some place to pitch your tent or to get out of the rain and the bitter cold.

The part I object to is the idea that American cities have no control over their public spaces. I seriously doubt that the sidewalks around the City Hall East were intended as the space where people pitch their tents or just live on the sidewalks. Homeowners in San Pedro and Venice and Hollywood don't seem to like the idea of their public spaces being taken over either.

So here is what I would like to hear from the candidates: We have the right to control our public spaces and sidewalks, and this includes the right to make it illegal to camp on them. We intend to provide spaces with toilet facilities in some other place so that the people currently living on our streets can have a place to stay. But in exchange, we will pass a law to control our public spaces and we will enforce it. That means that people who are ordered to leave the public sidewalks in Venice and Hollywood will have to leave under threat of being arrested.

And yes, I anticipate the immediate response from somebody that a federal court decree makes this all but impossible, because we are supposed to be able to offer housing to everyone before we can enforce this kind of rule against anyone. Well, I would suspect that this rule is overdue to be replaced by something a little more civilized. I suspect that the currently right-wing Supreme Court is more likely to overturn the current rule than any Supreme Court in modern history.

Notice that this approach is not cruel or insensitive; it just sets a balance between the needs of the currently homeless and the desires of the vast majority of city residents. People shouldn't be left to die on the streets for lack of shelter, or lack of medical care, or lack of food.

There is one more point to be made in the current discussion over homelessness in Los Angeles. I've recently had discussions with people who work with and for the homeless as well as with a doctor who has treated some homeless people. The view -- pretty much universal among these sources -- is that a substantial fraction of the people they see on our streets suffer from mental illnesses, drug addiction, or both. And we should not necessarily blame drug addicts for their addiction, because for some, it may be an attempt by the mentally ill to treat themselves for the discomfort and fear that their condition creates within them.

For this reason, we ought to be willing to set aside areas in the homeless camps (we will create) that won't forbid drug usage. We also ought to be finding a way to supply mental health support to those who are willing to receive it.

The point here is that we could serve and treat the homeless population, but a rational approach begins with establishing a policy that the city has a right to control its own public spaces. Right now we have the cart before the horse.

The most serious issue facing our children and grandchildren is likely (short of nuclear war) to be the chronic movement towards warming of the surface of the earth and its oceans. It's also true that no one city or state can cure the earth of its difficulties, but it is turning out that we all have to do our parts, and even then, it will be a close call even if we manage to keep the eventual temperature increase down from a truly catastrophic level.

For this reason, the next mayor of Los Angeles and his/her successors need to be serious about the city doing its part for the next several decades. This includes sticking with the movement away from fossil fuel usage with the commitment to an eventual goal of being as nearly fossil fuel free as we can manage.

In brief, we want to avoid any candidate for any public office who mouths the lies of the hard right about global warming. In addition, we need elected officials who do more than mouth platitudes and actually stay the course. So I would like to hear the next mayor make a solemn commitment to fighting global warming.

There has been a lot of talk about how the City Council could clean its own house with respect to the corruption we've seen in Planning and Land Use. How about if the next mayor promises to do a little house cleaning by vetoing City Council actions that arise out of a corrupt process? That, it seems to me, would be a more effective way to get the ball rolling.