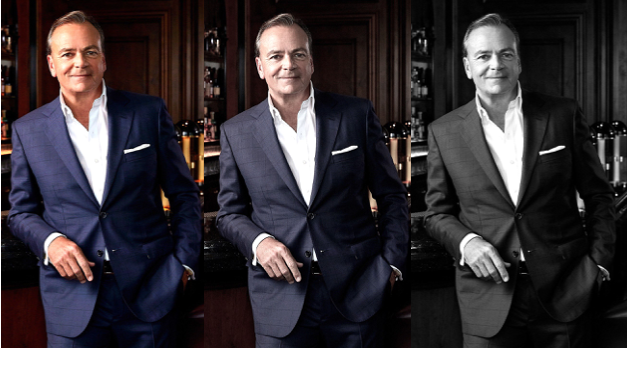 GELFAND’S WORLD - If you, like me, saw the first set of Rick Caruso for Mayor ads on television, you would have come away from them not really knowing the man.

He's just a very, very rich guy who makes promises he can't keep, like every other politician running for president. Some might even think of him as the west coast version of a Donald Trump.

Looking at his website and reading some of his biography, this does not appear to be the case, but the tv ads are a good example of how advertisers working for politicians miss critically important points.

When I participated in politics at the level of a local Democratic club, I began to notice that there was a sort of ladder with its own pecking order for election to public office. If you were running for governor, it was expected that you would show some prior experience in government.

Being the state Attorney General and creating a strong anti-crime image was the standard method. Holding some other statewide office and being the son of a popular former governor was also a way to be near the top of the ladder. Pete Wilson moved from Mayor of San Diego to U.S. Senator, and from there to governor.

People who wanted to have a career in politics and were otherwise unaccomplished would run for the Community College District because there were a lot of seats and the voters typically had no idea who was any good or even who the incumbents were. It didn't usually work out for most of these people -- they couldn't even afford to send a postcard to every mailing address in the district -- but it shows that they did recognize that the ladder exists.

So is Rick Caruso doing the exact same thing -- running for mayor instead of for governor or the U.S. Senate -- because he has lots of money and can afford to start at a higher level? That would be the impression you get if the only information you were to rely on comes from those television ads.

Recent history suggests that successful candidates had a lot of name recognition, had a lot of experience in government, and could make a credible case that they had made things happen.

The rich guy without government experience

There is another approach to government which is simplistically described as being rich enough to buy a lot of advertising. This is supposed to provide name recognition, the first requirement for successfully running for office.

But is it enough? Experience tells us that this is not the case.

The prime example was Ross Perot, who had gazillions of dollars and fought his way into a presidential debate. He didn't win.

A parallel track to the rich guy who buys a lot of advertising is being the son or daughter of a well known politician. The logic seems to go like this: People know the family name because Dad has been elected many times and people seem to like him. "When my name goes on the ballot, people will see Unruh or Dymally and check that name."

It didn't work back then. My take-away impression at the time was that the children of successful politicians seemed to be rejected by the voters almost automatically. Admittedly, George W. Bush was an exception, but he had also been a state governor and had a lot of clout within his political party.

The problem for a beginner trying to break into the system

When I saw the recent ads for Rick Caruso, I saw somebody who doesn't -- as yet -- present himself very well. In brief, I don't know the man after seeing his ads, and I certainly did not gain any feel for how he would govern.

Here's the little I remember from the television intro: Caruso says he will declare a state of emergency on his first day in office. That's a big "so what" to me. Which of our many emergency declarations has worked out in the past? What does it even mean? Caruso also said something about getting rid of waste, which is the first and last statement used by conservative politicians who want to promise big changes without increasing taxes. They promise to pull this mythical rabbit from a mythical hat. The ad also said something about creating low cost housing from abandoned buildings, or maybe it was surplus buildings, or something like that. The Caruso campaign is free to correct me in the comments, but that's actually my point -- I didn't actually follow the proposal (if it actually has any meaning in the real world) because it flashed by so quickly and didn't really give any details.

So that was my first impression: It was a ho-hum political ad making exactly the same promises as every other politician has ever made, and it was entirely unconvincing.

But maybe that first impression was itself wrong.

I base that second opinion on his biography, as presented in his web page titled Meet Rick Caruso, which you can see here. [https://carusocan.com/meet-rick-caruso/]

Let's start with one of my first impressions that is belied by the claims in his biography:

As I said above, the ads would suggest that Rick Caruso has no experience in government and wouldn't know how to start. (Being mayor means dealing with the City Council and dozens of departments, and that means knowing how to do politics in the positive sense of the word.)

Well, is that the case?

Caruso reminds us (if we even knew) that he was appointed to the DWP Commission by Mayor Bradley back in 1985. He was appointed again in 1997. In the website biography, he takes credit for "saving the department from financial ruin, slashing billions in debt and cutting wasteful spending." It's an interesting assertion. I'll leave it to our other columnists to decide whether the pension debt at the DWP is now solved, but at least the candidate is trying to claim some government experience.

But if you were to rely on the tv ads for your knowledge of Rick Caruso, you wouldn't have the faintest idea that he has ever stepped through the front door of City Hall.

Caruso also claims that he "Reformed LAPD as President of the LA Police Commission." The website also says, "Caruso restored public trust in the LAPD, especially among Black, Asian and Latino Angelenos." I'll leave that to you to decide whether you think that our minority communities trust the LAPD. It's a pretty brash claim, but at least it suggests some experience in government, even if it was just at the commission level.

There's one other point in the biographical sketch. Caruso takes credit for hiring William Bratton as the police chief during a particularly difficult time in LAPD history. I guess I always thought that the mayor has something to do with choosing the new police chief.

But there is some meat in the website as opposed to the television ads, showing a man who has worked in city government and claims to have fixed things that were broken when others could not. That's a pretty substantial point, and if he could make that case to the voters, might well win on it.

Is it going to be a Caruso vs. Bass runoff?

It may or may not be fair, but I suspect that everyone currently in the City Council or holding citywide office is fatally tarred by the corruption scandal in the City Council. When three other City Council members have already been charged with felonies and the City Attorney is allegedly involved in another major scandal, it will be easy for voters to disqualify the candidates, one and all. That leaves Karen Bass, Rick Caruso, and whatever other nonentities are on the ballot.

I leave Joe Buscaino as a possible break-through candidate because he, seemingly alone, makes the logical argument that the city has the right to regulate its sidewalks and public spaces, whatever else we might do about the plight of the homeless.

There's one other thing in the Caruso website biography that might come back to bite him. Here's how it is phrased:

"Caruso’s father Henry ran track at Marshall High, served in World War II and attended the University of Southern California on the GI Bill.  He achieved great early success in auto sales but took a massive personal fall early in his career and was indicted and served time for fraud.  Rick drew the ultimate lessons from his father’s refusal to allow his mistakes to define him.  After this setback, Henry founded Dollar Rent-a-Car, one of the most successful car rental franchises in America."

Talk about euphemism: "massive personal fall" is the description of being a crook. Will Caruso be accused of being soft on (white collar) crime? That's how his own website presents him. It's not important that the candidate has a relative who did time, it's the way he presents his own attitude towards crime.

It's also of interest that Caruso ducked the first couple of debates and now is joining the process. Perhaps he realized that he couldn't just buy the nomination and has to play the game. I suspect that this is how most people will see it.

He has a chance to separate himself from the standard candidates. For example, he could promise to put a moratorium on salary increases for city employees during his term in office. That should go double for DWP employees. I doubt that he will do so, but it would be a start on doing something about our chronic structural deficits.