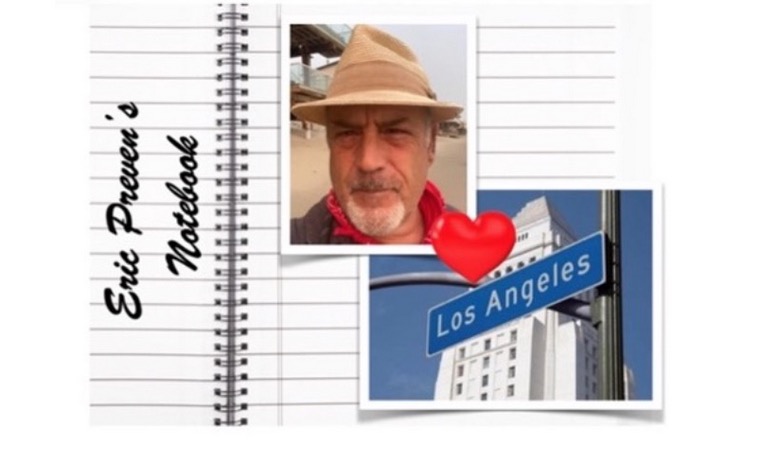 ERIC PREVEN’S NOTEBOOK - Apparently, Vacancies have become a tiny snag for the citywide planning commission, which has seen three of its members resign in recent months.

The nine-member panel, which reviews major development projects, even had to cancel a meeting because it lacked enough members for a quorum.

The 500-space surface lot at Sportsmen’s Landing is already full on many days, but honestly who cares about the neighborhood - Not Midwood!

Unless the crafty New York pack of …executives pull a ‘smart move’ - so not likely.

What they should do, is take the bones of the mid-century modern classic hotel and bring back the luster.  Why send it to a landfill?

When it could be the coolest hotel in the Valley by far and it would pack the shops with enthusiastic guests, not tenants who can’t afford the shops because they’re renting a studio in an unwanted complex.

Marmol Radzinger ought to be properly ashamed of themselves.

Under the new rules, landlords seeking to evict tenants who’ve done nothing wrong would have to pay relocation assistance.

A: For tenants who are hit with a 10% or more rent increase and can’t afford it.  The amount determined by 3x of the fair market value of the unit +$1400 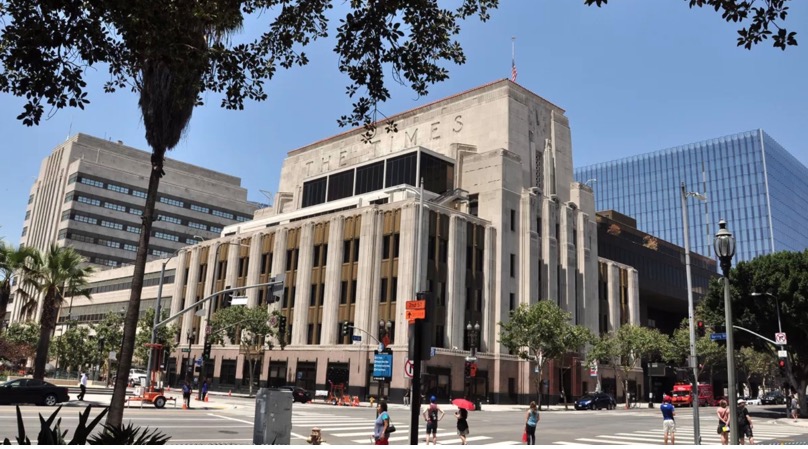 The Budget and Finance Committee decided to pack it in this week. Odd, because it’s the new gang under Bob Blumenfield’s leadership which includes an internal FEMA dashboard, Kay Yaroslavsky, Tim McOsker, Curren D. Price and Monica Rodriguez, apparently had something else to do. I’d call it infuriating.

Onni is terrific.  Like, when Curren Price the council member from the new ninth district reached out for help with that horrible LAPD bomb blast.  Of the cool million he set aside for the victims, $463,000 was payed out to ONNI 888...Onni Group.

The above items were put in place by either Jose Huizar or Kevin De Leon.

Onni is based out of Vancouver and has invested heavily in existing buildings and ground-up construction in Downtown Los Angeles.

“It was the spring of 1959 when the De Cotiis family decided to make their way to Canada for a better life. Born Innocenzo (Inno) De Cotiis, in the small village of Panni, in the southeastern Italian province of Foggia, life for Inno started out with humble beginnings.”

Onni is a big player now and bought the Times Mirror building catty-corner from City Hall.

When Greig Smith came aboard in the role of The Cleaner, like Harvey Keitel in Pulp Fiction, we took interest in an Onni Contracting item precisely because nobody wanted to hear public comments on the plan.

In January 2019, Mr. Smith had made a few adjustments to the meeting schedule to address public participation.

In a nutshell, Smith and Wesson made it harder to speak, by seconding the motion to create a three-pack of meetings at 1 pm allowing the city to shove through all sorts of goodies, fast, while the public runs between meeting rooms trying to be heard.

And if that wasn’t challenging enough, when the items finally come to council, the 111-item salute was deployed.  This is where so many items are on offer…they all bleed together into white noise.  Perfect!

The body of elected folks at city hall don’t agree on everything, but they do agree that taking as few minutes as possible at the beginning of a meeting is a best practice for shamefully blocking public criticism.

When Greig Smith arrived to fumigate following Mitch Englander’s hasty exit to JAIL, the Office of Finance was led by Clare Barrels, who Mitchell Englander…famously adored.  His chief of staff shimmied over to Finance, and someone had a great idea, to rent some exclusive LA Times Building offices from… Onni.

At that point, my head popped off.  But I re-assembled and asked why not?

The office of finance is a paying customer of ONNI… for high-priced offices in the old LA Times building.

Q: Given all of Onni’s ongoing business before the city, is this conflict…

I mean, if Paul Krekorian conveniently recuses himself on routine rental matters…

"Sir, you're disrupting the meeting.”

This year 2023, the city only has ONE direct conflict between two meetings starting at the same time. It’s easily fixable, Mr. Mejia.

We need a rule that attendees of meeting A may automatically attend and speak at meeting B, if they start at the same time, to make good on the expectation and promise to take comments.  The public comment period can be left open on such days. Speakers should not have to pick and choose.

There is no rule supporting what John Lee Staffer B does, scanning the room quickly at 1:03 pm and then, “I move we close public comment, immediately..”

And if perchance, you arrive out of breath at 1:04 pm, to raise your voice about the Onni item to rent City’s Office of Finance,

I was worried that Onni was going to try to sponsor Mayor Bass’s inauguration, and since they’re Canadian… hmmm.

I asked Ethics, “… if being Canadian limits the amount you can donate, I need to know, stat. “

So, rules about foreign companies helping with inaugurations, but not developers who have numerous projects with City Hall, setting up a nice set of suites for the City’s Office of Finance at the old Los Angeles Times Building?

Onni provided $50,000 to Families for a Better Los Angeles, a campaign committee with ties to Councilman Jose Huizar.

Kindly confirm receipt and repost the corrected agenda for some reason ONNI appears as Omni.

That requires an investigation into how that could possibly be perceived as appropriate.

Mr. Bakewell hoists the electeds up like kings and queens. It is not appropriate...

It is like an election sponsorship package, paid for by the city. Even the LA metro goes crazy and has a VIP LOUNGE...

Hope all is well and that the team is satisfied with my efforts and the number of characters in my ongoing sketches about corruption, that have been apprehended.

Good work! Though, to be fair…

Please let me know if you have a second this week Re a possible investigation, that you might be interested in Re an LA Superior Court, involving business and professionals code etc. I am aware of how to file a Calbar complaint, but this scheme is very sneaky.

You can call me or I am happy to call you. What’s your number?