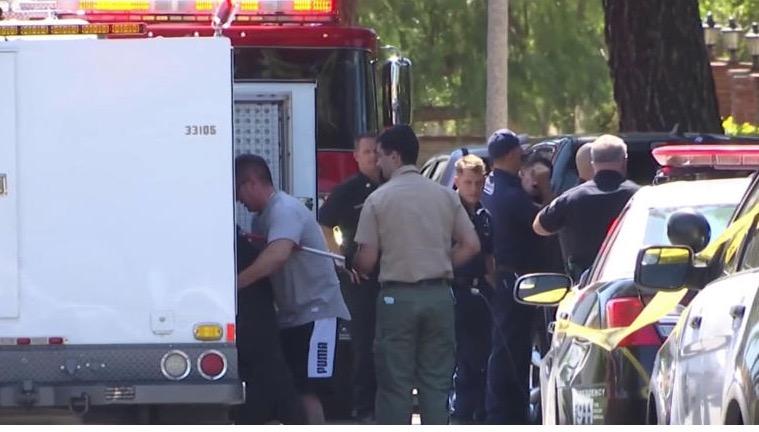 ANIMAL WATCH - There are many unforeseeable threats to human and animal safety in modern life, but in most cases we do not have the right to knowingly produce, sell or even own a life-threatening item or animal without a special permit or other restrictions.

And, some of the largest economic interests in the country—major multi-billion-dollar “humane” groups, including Best Friends Animal Society (BFAS), American Society for the Prevention of Cruelty to Animals (ASPCA) and the Humane Society of the United States of America (HSUS), conduct political campaigns to assure ownership of Pit Bulls is not legally restricted by breed.

One of the outcomes of the unilateral “No Breed-Specific” laws is that it means that the protections from Pit Bulls has far lapsed behind the protection laws for them.

One increasing situation is that animal control/services departments are not equipped to prevent or address the direct contact with a dog (or dogs) that have the intent to maim or kill—for no reason.

Pit Bulls are now proving that their original purpose (used to kill other animals for sport) has not been dissipated by life in society, and, in fact, is encouraged by maintaining these “bloodlines.”

Police Departments all over the country are being called to handle Pit Bull attacks. Unlike attacks by most other breeds, the dog does not stop after it is separated from the victim but circles and attempts to continue until the victim is mortally injured or dead. 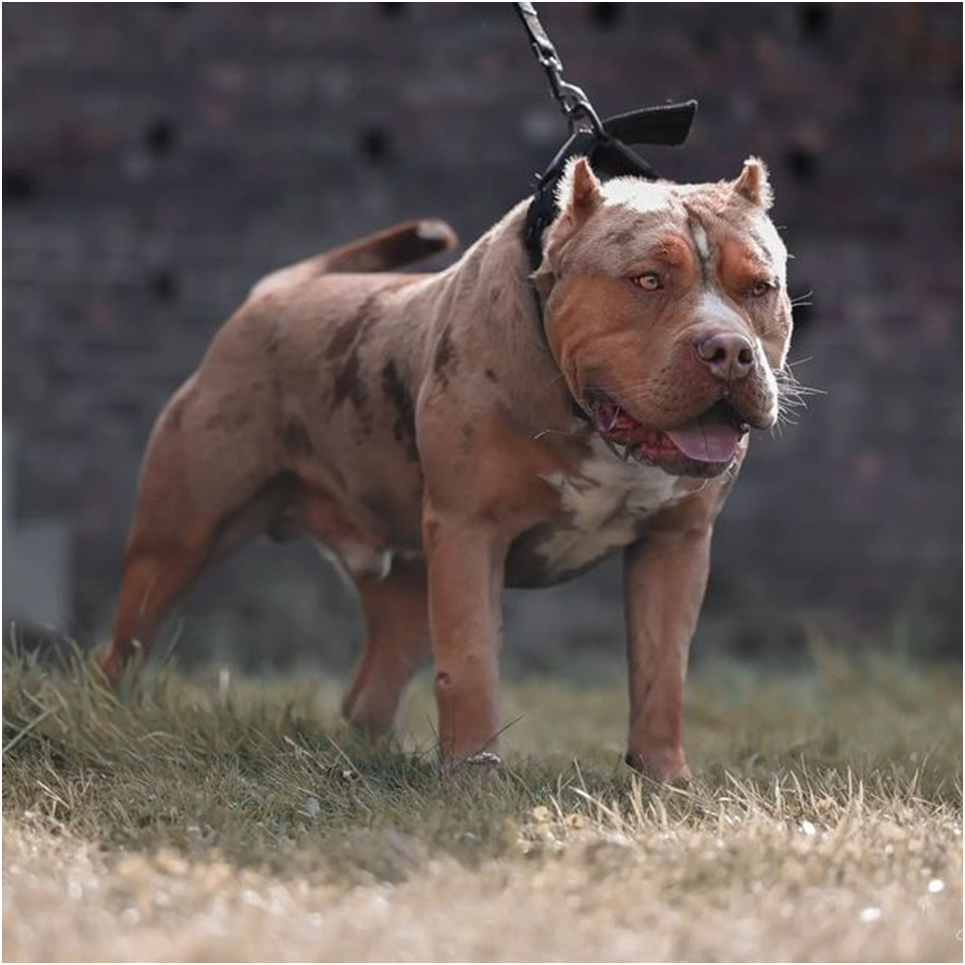 If Police Departments are going to be called, as in most of the following reports, we need to seriously consider increasing their budgets to handle these very serious, traumatic and dangerous situations and provide specially trained animal control officers within their agency to deal with these life-threatening situations across the entire U.S.

(See the intended “Pit Bulls of the future” here.)

A 49-year-old woman in Sylmar, CA, a valley community in the city of Los Angeles, was seriously injured from being mauled for 19 minutes by two Pit Bulls living on the property on June 27, 2022, before Los Angeles Police were notified and immediately responded, NBC News reported.

The home surveillance system showed that the dogs were living at the home and attacked the woman on the property behind the gate, but LAPD stated it is unclear whether the woman was a resident or merely dog-sitting.

“One officer fired two rounds at one of the two dogs, from an approximate distance of 30 feet away, striking the animal in the torso,” Los Angeles Police Department Chief Michel Moore stated in a televised report.

The attack occurred at approximately 1:30 p.m., according to the Los Angeles Daily News, The second dog reportedly ran away and was later captured by animal control officers.

Neighbors said they have never seen the dogs outside the yard or roaming the area.

Chino Police Officers responded to the 13000 block of 14th Street around 12:30 p.m. for a call of two loose dogs who attacked a 50-year-old man. They found the man suffering serious injuries to his legs, and the victim was immediately transported by ambulance to a local hospital.

Police located the dogs in the front yard of a home and Inland Valley Humane Society was called to secure the loose dogs.  However, the Humane Society officer was also attacked and seriously injured by the aggressive dogs and was rushed to Chino Valley Medical Center.

Fearing for the immediate safety of the Humane Society officer, and after learning that the dogs had also killed a neighbor’s dog, Chino Police Officers determined that the loose dogs posed a lethal threat to people in the area, and “used their firearms to shoot and kill both dogs,” Mrs. Castro said. “A resident’s dog was also killed by the aggressive dogs.”

Woman, 46, Killed In Greensboro By 2 Pit Bulls She Was “Dog-Sitting”

A 46-year-old woman died on the morning of July 7—just days after the similar attack in Sylmar, CA—after being attacked by two Pit Bulls that she was dog-sitting in her home near downtown Greensboro, N.C., according to FOXNews8.

Trena Peed was described as a beloved daughter, mother, grandmother and friend with a “heart of gold.” She was caring for the two Pit Bulls and let them out into the backyard of her home on Vance Street at around 2:00 a.m. 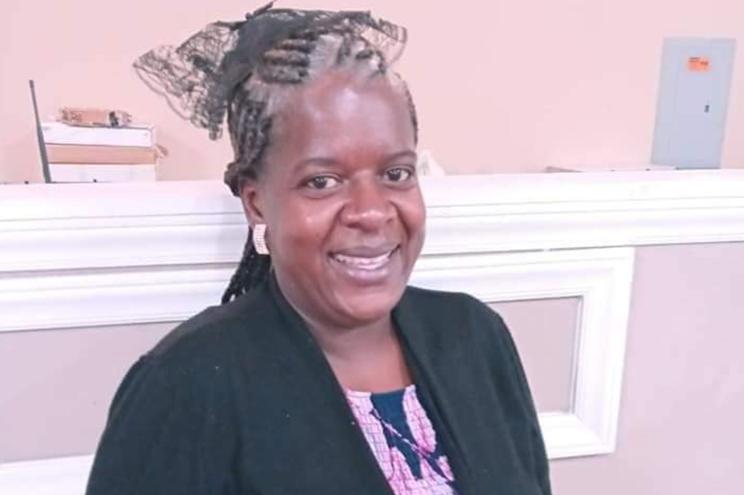 Neighbors said that they heard her crying loudly for help at that time and then realized the dogs were attacking her.

The report states that the “Neighbors shock and horror at the attack can be heard in the 911 calls.”

Peed’s son was asleep inside the home and awoke to the news of his mother’s passing. Two other sons had died in separate automobile accidents during the past two years, reports state.

There was no information about the owners of the Pit Bulls or why Trena Peed was caring for them.

Trena's mother, Helen Harris, said she expressed concerns about the Pit Bulls two days previously and said, “I told her you need to get (those) dogs out of your house.”

She made a plea through WFMY News 2, “Whoever the owner is, they need to come forward because they say they love my daughter. This is not showing love for her right now,” said Helen Harris, the mother of Trena Peed.

“I understand it was not intentional. I’m not trying to cause nobody no heartache or nothing like that but they say the dogs (were) vicious,” Harris said. I don’t know. I wasn’t there, but that’s what the police said they (were) vicious that’s why they shot him.”

“All I know is that they … they done drug her into the dark,” said a 911 caller who reported the attack.

“It’s a terrible way to go. I wish the family the best,” a neighbor said. “She was doing something good and died behind it and died a tragic death.”

“Police stated that the only way they could stop the attack was to shoot one of the dogs. The radio call heard was, “Shots fired, I got one dog down, it’s another one out here,” reports Fox News8.

Guilford County Animal Services told reporters they “have the surviving dog in quarantine.” But the report states that any possible charges would come from Greensboro PD after determination of ownership of the dogs. (See Dogsbite.org.)

On July 11, a family pet, identified as an “American Bully,” (large “Pit Bull”) killed a 13-month-old toddler and then bit an animal control officer in the community of Gentility Woods, New Orleans. The dog was then shot by a responding police officer, referred to as a “rookie cop” by the Daily Star.

The boy, Apollo Duplantis, was attacked at 6:46 p.m. on Monday night (July 11), according to the police report, and was rushed to the hospital but the injuries were so severe he could not be saved.

Two animal control officers with the Louisiana Society for the Prevention of Cruelty to Animals (LASPCA) also responded and attempted to “control the dog” with ropes and a pole, but one of them was also bitten, the report states.

The police officer, who had just graduated from the police academy, drew his weapon and shot the dog to prevent the LASPCA officer from being further injured (or killed). In accordance with standard procedure, the police officer’s name has not been released and he has been assigned to desk duty pending a departmental investigation.

The attorney representing the officer, told reporters that his client “did exactly what he was trained to do and what he needed to do to protect the animal control officer.”

Although no breed identification was made by the SPCA, according to the Star, a Facebook page by the dead boy’s mother shows photographs identifying the family dog as “a bull-type” “American bully” dog, named “Bear.”

The Louisiana SPCA issued a statement after the incident, which included additional specific information:

“The call placed to 911 described a 13-month-old child attacked by a mixed-breed family dog and severely injured. Our officer arrived on scene where the New Orleans Police Department was present and awaited a warrant to enter the property to seize the dog while the child was transported to receive immediate medical care.”

“NOPD entered the yard and saw the dog attacking a NOHLR officer. At that time, a NOPD officer discharged a service weapon striking the dog and killing it.”

Louisiana SPCA CEO, Ana Zorrilla said: “We are heartbroken that a toddler was killed by a dog attack last night. Our deepest sympathies go out to the grieving family,” “The Louisiana SPCA places human life and safety first and foremost.”

DSU News interviewed Director Jeff Dorson at the SPCA, and was told they could not comment on whether there were any prior reports of aggression by the dog.

However, Director Dorson, stated that, “Aggressive dogs and children don’t mix.” He continued, “in that situation, we recommend separating the two forever, finding the dog a new home. However, dogs are unpredictable, and supervision is key. Be sure the dog understands the toddler’s behavior and is not threatened by it,” he advised.

News outlets are increasingly seeing and reporting the truth, rather than the hype about Pit Bulls. Pit Bulls have become status or protection symbols, not pets.

This is not a matter of “hating” Pit Bulls. It is admitting that the breeding to maintain aggressive bloodlines (arranged by human breeders) has become an additional crime against society—and it is indiscriminately killing innocent babies, mothers, pets and those responsible for maintaining households.

Animal control and humane agencies across the country have, sadly, become partners with the organizations that defy and oppose enforcement of laws that restrict ownership of known-aggressive Pit Bulls—to the point of taking court action to stop the humane euthanasia of an animal that has attacked multiple times or killed an animal or human.

Isn't it time to place this job in the hands of law-enforcement agencies that respect the right to life—rather than just the right to be feared or fashionable, regardless of the cost to others?