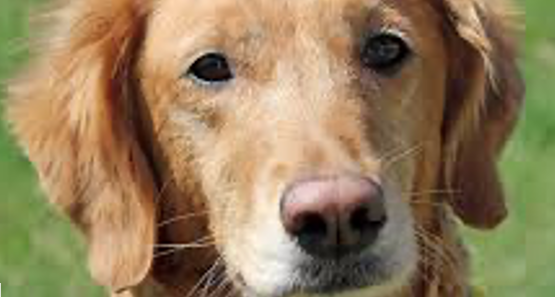 ANIMAL WATCH-LA City animal owners and taxpayers were advised on June 24 that Interim GM Dana Brown has been appointed by Mayor Eric Garcetti as the General Manager to straighten out the severe problems at the floundering Los Angeles Animal Services Department, where the doors have remained essentially closed to lost and stray animals by former-GM Brenda Barnette.

The timing of this permanent appointment (Dana Brown, photo left, briefly served as Interim GM) is vitally important, as Interim Assistant GM Annette Ramirez -- described recently by Barnette as ready “to lead the department to the next level” -- announced at the last Commission meeting that there is no plan to take in terrified pets fleeing the brutal Fourth of July fireworks explosions that have already started citywide. 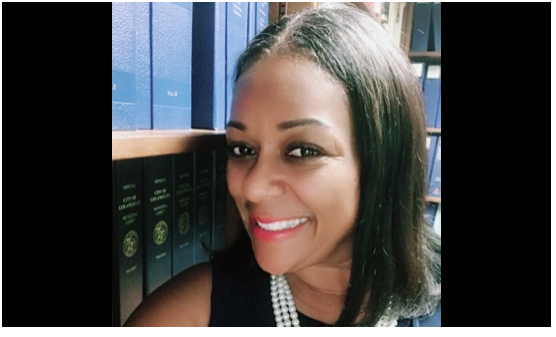 Although, reportedly, the animal shelters are only half filled, Ramirez said LAAS wants to “keep pets out of the shelters by using rescue partners to reunite pets with owners. Found pets will be accepted by appointment only.” Under questioning, she conceded that, if someone cannot or refuses to keep the pet, the shelter will take it. (Why are we paying a $45 million budget to a City department whose management doesn’t want to do its job?)

GM Dana Brown was not present at this meeting. Ramirez announced that a news release would be sent out reminding the public of the dangers of the holiday and how to keep their pets safe.

A commenter reminded her that illegal fireworks have already started and, if the public is being reminded the week before the holiday to license and microchip a pet -- especially at appointment-only shelters -- it is too late.

LAPD ANNOUNCES IT HAS OPENED ITS STATIONS TO THE PUBLIC

Last week this notice was issued by LAPD:

WHY ARE LAAS SHELTERS STILL 'APPOINTMENT-ONLY'?

The LAAS Commission had also been firmly advised by Interim Assistant GM Annette Ramirez. “We do not want dogs brought to the shelter. Found pets will be taken in by appointment, not by being dropped off.” Adoptions also will only be done by appointment. The hopeful adopter can view animals on-line at the LAAS site, call or e-mail for an appointment. Submit qualifying paperwork and wait (up to two weeks) for an appointment to come in and see the animal and then must either take it or wait for a new appointment for another selection.

In the case of lost pets, she said the goal is to “keep pets out of the shelter by use of “rescue partners” to unite pets with owners.”  Anyone who finds a pet will be asked if they can foster it at home and help reunite it with its owner by posting signs and contacting the shelter to post a photo within two hours. (Of course, this ignores the shelter’s still dismal phone system, after years of “working on it.”)

WOULD YOU WANT A STRANGER KEEPING YOUR LOST CHILD?

The naive reliance on every neighbor having only the best interest of the animal and of the animal’s owner with pure altruistic follow-through could not be more harmful to pets and their owners.

This 1970s thinking and operations lead to the abuses that stem from it, in large part, led to the sweeping reforms of the Hayden Bill in 1989. That bill recognized that government shelters -- staffed by trained professionals who have no financial interest in the animals they take in -- are a lost pet’s best chance to be reunited with its owner.

Have shelters forgotten why they exist or are they still just focused on the artificial numbers stemming from the failed “No Kill” movement instead of caring about the animals and owners in the communities they are supposed to serve?

Ms. Brown’s selection must be confirmed by the City Council; however, she assumes this position with over 30 years of City service in various administrative positions, including former-Assistant GM at LA Animal Services.

She will have a very tough job ahead of her in a department that is decimated administratively and few employees who have the basic historical knowledge to assure LA does not revert to a City filled with dangerous roaming dog packs due to lax enforcement of confinement and licensing law and communities being overrun with unvaccinated feral cats, both of which are a source of rabies -- and always deadly disease which is transmissible to humans.

(Most rabies cases are transmitted by rabid bats. So far this year, nine cases of rabid bats have already been identified in LA County and three were within the City of Los Angeles -- Van Nuys, Woodland Hills and Atwater Village. But bat bites to an outdoor or stray dog or cat would go unnoticed, which is an important reason they must be picked up and not allowed to roam.)

DANA BROWN CHARGED WITH ‘BRINGING THE CITY BACK TO BASICS’

The Mayor stated in his announcement that Dana Brown has “learned what it means to bring this city back to basics” and lead the department “toward a new chapter of accountability, efficiency and sustainability.''

Few will disagree with that goal, but the Mayor may not know that in the wake of Barnette’s “management,” the department (and volunteers) are still struggling and the Commission deadlocked on such basic essentials as an inefficient phone system and  how to get broken washing machines at the shelters fixed (with an increased  $45,000,000 budget and half-empty shelters.)

For months, dedicated volunteers have been spending their own (not reimbursed) money and time at laundromats, washing essential items for the health and comfort of impounded animals—and no solution is in sight, according to LAAS management and the Commission! (Listen to the full discussion here.)

RENOVATED SHELTERS ARE FOR WHOM?

One of the highlights which the Commission raved about at the June 22 meeting was their exclusive tour of the recently renovated North Central Animal Shelter (which serves the downtown LA, Hollywood, Boyle Heights, Lincoln Heights, and Highland Park areas) and raving comments about the beauty and modernization of that shelter.

But are these costly improvements intended for the benefit of pet owners and the taxpaying public? According to Department, it will only be open by appointment, severely limiting the number of members of the public and pet owners who can utilize its services or receive its benefit.

Why are LAAS Animal Shelters not wide open for lost and frightened dogs and cats, starting before the Fourth of July -- without finders having to explain why they do not want to take lost pets into their own homes or leave them in the streets, where Interim Asst. GM Ramirez has promised they will be soon found by the owner. And, the animal shelter is the best place to assure that happens, as confirmed by the Hayden Bill.

Even assuming that the finder will do the right thing and return the lost pet to its owner (which frequently doesn’t happen), strangers keeping pets to return to owners will not assure they are spayed/neutered, licensed, and have current shots and also have the wise counsel of animal control officers and shelter staff to help assure they are not lost again. (Remember, it is also the obligation of the shelter to assure there is compliance with LA’s mandatory spay/neuter law and rabies vaccinations are up to date.)

LAAS is not allowed to just ignore this State health law by telling finders to keep them to find the owner or perhaps re-home them.

WHY FOUND PETS SHOULD BE TAKEN TO SHELTERS

Traditional wisdom (and that of organizations that specialize in finding lost pets) contradicts LAAS Interim GM Ramirez’ opinion with experience that is especially important when fireworks are terrifying and disorienting pets that have escaped yards and homes in fear.

Here’s what Pet FBI (finding lost pets since 1998) advises if you lose a pet:

“Be sure to search all animal shelters (there may be more than one) within your area. It is difficult to predict how far lost dogs will travel because there are just too many variables. The distance that a lost dog will travel depends upon its individual temperament, the environment (terrain and weather), and the circumstances surrounding the disappearance.

“The question to ask when searching for a missing dog is ‘Who has my dog?’ One complicating factor with lost dogs is that people who pick up stray dogs often transport them out of the immediate search area. Because a large amount of lost dogs end up in foster homes and rescue adoption programs. . .”

THE LOCAL SHELTER IS THE BEST ‘RESCUER’ FOR A LOST PET

There is a large amount of money being taken in by “rescuers” of lost animals -- many of which could possibly be found quickly by the owner at their local animal shelter and without hours of traversing the complicated found-pet internet system, in which many pets are also “lost.”

Pet owners in the City of Los Angeles are paying a huge amount of tax money for a strong and stable animal shelter system to protect all its animals. New GM Dana Brown responded to her appointment: “It is an honor and a privilege to serve in this capacity,” says Brown. “I will continue to collaborate with the community and our rescue partners to develop new strategies and programs to protect the health, safety and welfare of the animals and people of Los Angeles.”

We sincerely hope that collaboration also includes those who believe that laws must be enforced to assure the City does not just turn over pets to “organizations” when State laws require that they be maintained for a “hold” period so that owners can find them. This is especially important on holidays where even the most conscientious owner can have a devoted pet escape.

(Phyllis M. Daugherty is a former City of Los Angeles employee and contributing writer to CityWatchLA.com.) Edited for CityWatch by Linda Abrams.