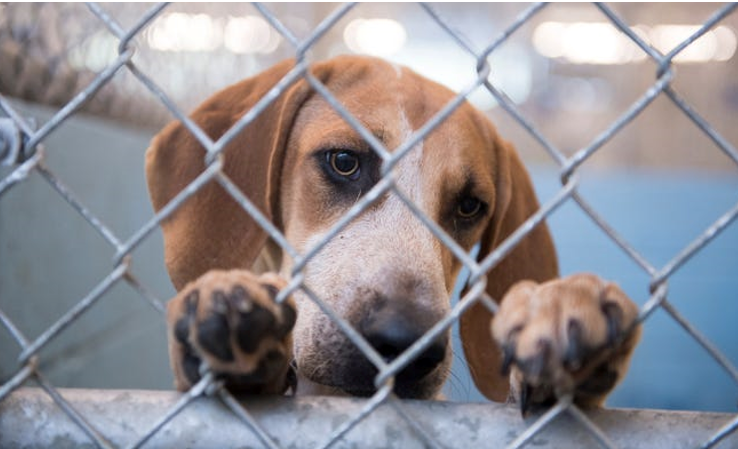 ANIMAL WATCH-Steve Cooley, the popular Los Angeles County District Attorney who served from 2000 to 2012 and who created the DA's animal cruelty prosecution program, has been speaking out publicly and candidly expressing his serious concerns about the election of George Gascón to head the D.A.'s office.

Cooley's concerns extend to public and police officer safety, as well as animal cruelty/abuse, under an administration he calls a “predictable disaster.” Cooley served as an LAPD Reserve Officer for five years prior to joining the District Attorney's Office.

He noted that LA City's recent defunding of LAPD, including the Animal Cruelty Task Force (ACTF) which is collaboration with Los Angeles Animal Services, "will effectively cause prosecutions to be few and far between." Cooley stated his concern is that this and the revision of law-enforcement could result in the disbanding of this important and successful program in the District Attorney’s office, which his successor, Jackie Lacey, continued during her tenure as DA (2012 - 2020.)

In response to my question, "How this will affect the serious blood sports; such as, cockfighting and dog fighting, Steve Cooley responded, "It may be that those crimes and other animal abuse and cruelty cases will be among the crimes that are not prosecuted. There certainly will not be specialized investigators or prosecutors involved. There will be no training to assure better investigations and prosecutions."

Cooley, who now runs his own firm, Steve Cooley & Associates, says Gascón "just does not know what he is doing!" He is a “functional outlaw.” He explained that when you become a District Attorney or a Deputy District Attorney you take an oath to uphold state laws and the Constitution.

Cooley claims that Gascón violated that oath within two minutes of his swearing-in.

He warned that Gascón is making his own laws. He is acting as if he thinks he is the State legislature or the voters passing an initiative. Cooley declared, "Gascon does not understand that when he takes the oath he has to follow it, not design his own system.”

"Basically, George Gascón is a George Soros puppet, and that is dangerous," Cooley contends.

Cooley was a guest on the Tim Conway show on KFI radio on December 8 and stated that there is sound reason to be concerned about the criminal justice system under Gascón.

Gascón, former San Francisco DA, defeated incumbent Jackie Lacey in the November 3, 2020, election. She was the first African American and first woman to be elected LA County District Attorney and had served in many capacities during her long career as a prosecutor.

When asked about Gascón practicing law, Cooley responded, "Gascón attended law school, passed the Bar exam and that was the end of his legal career. He has never appeared in court as a prosecutor, although he has spent the last nine years as the San Francisco District Attorney."

The "Recall George Gascon" Facebook page can be seen HERE.

A scathing commentary on the San Francisco DA's office under George Gascón, by former-Deputy DA Nancy Tung, ends, "I just hope he does not get an opportunity to ruin Los Angeles as well."

It may be too late, LA! But here are just a few reasons to read this important Op-ed:

Gascón’s statement on his qualification to be the District Attorney was telling: “Running a D.A.’s office is not the same as prosecuting cases on the floor. They’re different skill sets. I believe I have the organizational skills, and I have an understanding of the criminal justice system not only today, but where we need to be in the future.”

"Herein lies one of the most basic flaws with George Gascón being the chief prosecutor in San Francisco," Tung writes, "When the head of your office hasn’t spent a day in your shoes (and never cared to understand what a courtroom prosecutor does), as a line prosecutor, you don’t get what you need to succeed and it’s demoralizing."

She provides “unofficial” statistics: In Gascón's last term, "approximately 61 of the 140 or so attorneys left the San Francisco District Attorney’s Office, 24 in the last 8 months of 2019 alone," and states, "I too left the office in 2017 because it became increasingly difficult to be a prosecutor under Gascon’s leadership."

The Public Policy Institute of California released a study in 2019, which found that San Francisco had the third highest rate of violent crime in the state and the highest property crime rate, although it ranks at only 46th in arrest rates.

Congratulations!  We Just Emasculated Law-Enforcement … So Why Ever Call Them?

Congratulations! We Just Emasculated Law-Enforcement. . .So Why Ever Call Them?

On December 11, Stephen Frank of Capitol Review expands on a post by the same name on CityWatch by Ken Alpern and comments on LA's decriminalization:

"Petty theft, some drug dealing, many assaults—Murder is still a crime, but no death penalty, no cash bail and social workers will sit with the cops on these cases...Go to LA at your own risk. Get beat up and the DA will send out a social worker to determine what you did to deserve the beating. Feel safe?"

Concerns of Animal Abuse Grow after Video Shows Dog Getting Caught in Middle of Fight between Homeless Couple.

Video provided to FOX 11 Los Angeles two days ago showed a homeless couple fighting, and it appears their small dog became the victim and "was tossed to the ground." Those familiar with the couple said they have a cat and dog, and this was a common occurrence.

When the video was posted to social media, a concerned citizen sent it to the LAPD Animal Cruelty Task Force, which is being disbanded due to defunding. The unit responded via an email, thanking her "for contacting the Los Angeles Police Department recently defunded Animal Cruelty Task Force but, ACTF will no longer be a resource available to the public regarding animal abuse-cruelty matters in your area. We suggest that you contact the local animal shelter who investigates these matters."

LAPD Central Division told FOX 11 it does have an officer working on the issue, but animal control hasn’t returned their calls.

In a recent Torrance case, a gang member -- who was on parole for accessory to murder -- used a gun to try and murder another person. Fortunately, the victim survived the gunshot and the suspect was arrested. Based on the enhancements, the suspect was facing life in prison for the attempted murder. The DA's office offered a plea deal of 38 years. . .

But on Monday the DA's office advised the handing Detective that Gascon's directives require dismissal of ALL enhancements and a revised plea deal at the lowest prison deal: 5 years.

(Phyllis M. Daugherty is a contributor to CityWatch and a former LA City employee. She is currently employed by the U.S. Postal Service.) Prepped for CityWatch by Linda Abrams.