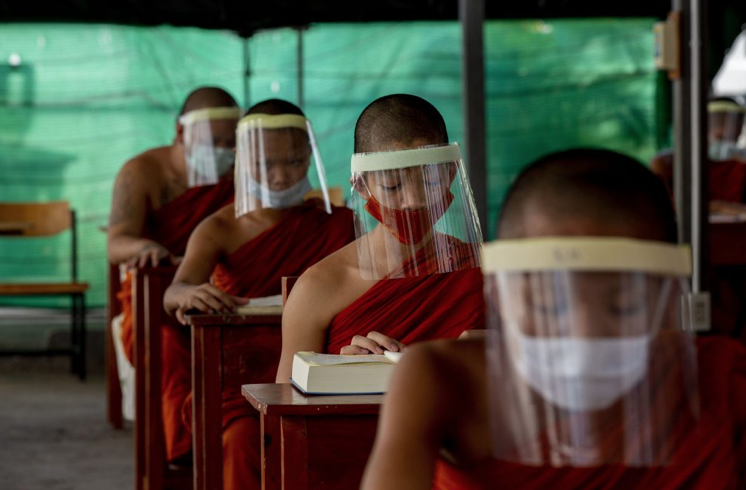 VIEW FROM HERE--Recently on the PBS News Hour, David Brooks called COVID-19 a national stress test for how well and long we can maintain our collective faith in institutions and each other.

Indeed, the coronavirus has shaken the very foundations of society as we all know it. But to call it a stress test is, given what has transpired across the world in the past four years, not quite right. Our nation has been in a constant state of stress on every level imaginable. The sheer list of global crises, political dramas, natural disasters, martial hot zones, and threats of catastrophe is enormous, and it has been coming at us nonstop.

Think about it. Our nation just got over the political civil war known as impeachment. Before that we were embroiled in the Mueller Report and before that the vicious debate over Kavanaugh. While these political storms raged, the nation combated a plague of drug addiction, school shootings, ongoing wars in Afghanistan, Iraq, and Syria, record-sized hurricanes and massive wildfires in California.

From the White House, there has flown a relentless stream of vengeful and petty tweets, half-baked and semi veiled racist policies, including family separation laws, migrant detention centers for children, the border wall, and religious travel bans.

Globally, the climate is altering and leaving behind broken systems that are now beyond repair. Wildlife is going extinct at unsustainable rates and wild spaces are evaporating.

In the UK, Brexit has created tidal waves of social and economic disruption; and in Iran, Yemen, and Hong Kong, civil unrest, and extreme violence are commonplace, while a nuclear North Korea has the civilized world on pins and needles. Not to mention the saber-rattling between India and Pakistan, deadly flare-ups in Gaza, and total economic collapse in Venezuela.

I don't know. One thing is certain, and David Brooks understands this better than most public intellectuals. Our institutions have been slowly unraveling for quite some time. From perpetual war to the worldwide clergy abuse scandal to Trump's Wall to Parkland to the assassination of journalists in Saudi Arabia to mass extinctions and protests for climate change mitigation to the aftermath of the financial meltdown in 2008, every institution has been under extraordinary levels of stress and so have we.

One practice that gives me strength and hope as an individual is the Buddhist teaching of Loving-Kindness (in Pali, Metta; in Sanskrit, Maitri). This practice shows us how to express love and compassion to other people and other living beings. It also teaches us to express love and compassion to ourselves. We are deserving of love and compassion. To be able to give this to others we must first give it to ourselves. Of course, this is not easy to do when the global mind and body has been traumatized to the extent described. These events have left wounds that we do not know how to fully recover from, but all recovery begins with the acknowledgment that we are worthy of health and wellbeing.

Having said that, this present crisis can be- if we are open and receptive- an opportunity for profound acts of sympathy and self-love. It is good to stop and take a deep breath and to acknowledge what we have been through and how much those experiences have wounded us. It is good to breathe in the stress and to breathe out our intention to be free of it. In the venerable words of the Buddha: "You, yourself, as much as anybody in the entire universe, deserve your love and affection."

(George Cassidy Payne is a freelance writer, social worker, adjunct philosophy instructor, and father of two. He lives and works in Rochester, NY. Payne has a master's degree in theology and philosophy from Emory University in Atlanta, GA.)