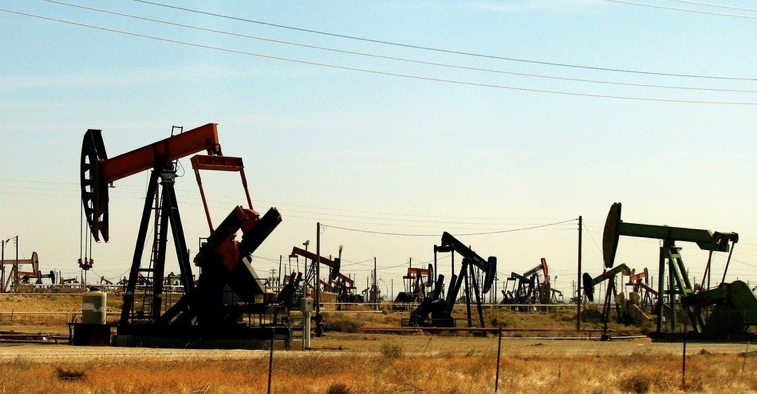 VIRUS WATCH-"Public ownership of the oil and gas industry will help secure the health, safety, and employment of people across the country, while ensuring an energy transition that prioritizes clean, safe food and water and a livable planet for all," said Food & Water Action.

As the Trump administration weighs a bailout for the fossil fuel industry amid plummeting oil prices, the climate action group Food & Water Action demanded Monday that the government instead take the economic and public health crisis brought on by the coronavirus pandemic as an opportunity to take ownership of the struggling, environmentally destructive industry.

The organization called on the federal government to take a controlling stake in the fossil fuel sector, a move which it said would keep federal funds from being used to benefit CEOs and wealthy fossil fuel investors.

"It's time to take bold action to rescue the American economy and set an unstable, polluting industry on the path to saving jobs."
—Wenonah Hauter, Food & Water Action

As one in five Americans report a loss of work in recent weeks as a result of the pandemic, the Trump administration is considering low-interest loans for the industry, according to The New Republic—but such proposals will only offer short-term assistance to an industry which already has fewer jobs to offer Americans than the sustainable energy sector, Food & Water Action said.

"It's time to take bold action to rescue the American economy and set an unstable, polluting industry on the path to saving jobs," said Wenonah Hauter, executive director of the group. "Public ownership of the oil and gas industry will help secure the health, safety, and employment of people across the country, while ensuring an energy transition that prioritizes clean, safe food and water and a livable planet for all."

Under public ownership of fossil fuel companies, the group said, the government would be forced to end oil and gas drilling, fracking, and the building of fossil fuel infrastructure as the transition to the green economy ramps up.

Government control of the industry could mirror the nationalization of previously private companies during World Wars I and II, Kate Aronoff wrote in The New Republic earlier this month. At the time, the U.S. government took control of railroads in order to ensure troops and supplies were transported quickly, as well as other industries and private companies.

"Nationalization...has a long and proud tradition of navigating America through times of crisis, from World War II to 9/11," Aronoff wrote. "No sector may be facing as profound a crisis right now as the oil and gas industry. With crashing oil prices, all manner of stimulus measures on the table, and previously tight-fisted politicians now thinking more creatively, nationalizing the fossil fuel industry might just be one of the most sensible ideas on offer."

By taking fossil fuel companies under public ownership while they're cheap to buy, the U.S. could ensure the country's energy demands are met responsibly as it transitions to a net-zero-emissions economy, without the need to appease those companies' shareholders. Instead of giving up the decision-making power such a big share purchase would ordinarily entitle them to, as in a bailout, policymakers would use their new equity stake to begin a managed decline of fossil fuels and guarantee workers full pensions and wage parity.

On Sunday, President Donald Trump dismissed the notion of using the Defense Production Act to take government control of industries, saying, "We're a country not based on nationalizing our business."

As the country faces a likely recession amid the coronavirus pandemic and the collapsing markets that have resulted, Food & Water Action said the government must give Americans greater control in any restructuring of the fossil fuel industry while protecting energy workers jobs from "the whims of Wall Street speculators, self-interested CEOs, or volatile shifts in global commodity prices."

In Canada, supporters of transitioning to a green economy echoed the call of Food & Water Watch, as Prime Minister Justin Trudeau considered a multi-billion dollar bailout of the country's oil and gas industry, expected to be announced this week.

"Diverting desperately needed public funds to subsidize a poorly-managed sunset industry during a pandemic is absolutely unconscionable," tweeted Debra Davidson, an environmental sociology professor at the University of Alberta. "If there was ever a time to divest fossil fuels it is now."

(Julia Conley writes for CommonDreams.org … where this piece was first posted.)