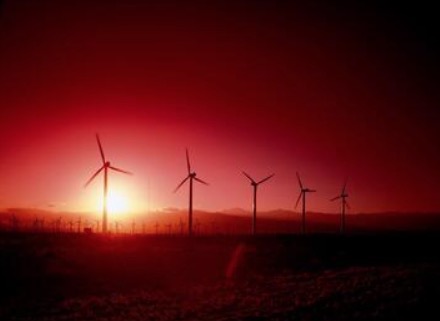 GREENFLATION - Global policy and politics, particularly in the high-income world, have been obsessed with dreams of a green economy.

Imposing ever-more rigid methods to reduce greenhouse gas emissions as the way to “save the planet” is almost unchallenged in the media, academia, and corporate boardrooms of the developed world. The results on the ground have been less convincing, as the price of everything—from energy and food to construction costs—rises to unsustainable levels and international trade slows as global recession looms. Billions now face immiseration, malnutrition, or starvation. Economist Isabel Schnabel calls this process “greenflation”—companies’ efforts to reduce emissions have driven up prices, particularly since the Russian invasion of Ukraine.

This has caused tremendous price pressure on rare earths, copper, and other materials critical to the production of batteries. The green lobby and its media supporters, meanwhile, like to claim that renewable energy is now economically competitive. But in places where strict green energy policies have been introduced, people end up with skyrocketing energy costs. In California, residents pay up to 80 percent above the US national average for electricity. Reliance on wind power has made even Texas’s grid vulnerable. Rather than learn from these experiences, other states, notably New York, have decided to adopt similar policies.

The biggest losers from greenflation are predominately the largely powerless working class and the denizens of developing countries. But even energy rich and historically prosperous countries like Australia face severe price hikes and shortages, as do Canada and the US. Economies have been severely impacted, particularly the agriculture and manufacturing sectors. In the developing world, where environmentalists have been working to block fossil fuel plants for years, over 3.5 billion lack reliable access to electricity. Greenflation has incited a new wave of political instability, as seen most recently in the meltdown of Sri Lanka.

Before the Industrial Revolution, human civilization invariably used animals and slaves as its primary source of energy. Change started in the late-18th century in the United Kingdom with the discovery of mechanized spinning, steam power, and iron production. Writing in Das Kapital in 1863, Karl Marx reflected on the change brought about by the introduction of the steam engine in comparison to the inconsistent and uncontrollable nature of water and wind power:

Wind was too inconstant and uncontrollable, and besides, in England, the birthplace of Modern Industry, the use of waterpower preponderated even during the manufacturing period. In the 17th century attempts had already been made to turn two pairs of millstones with a single waterwheel. But the increased size of the gearing was too much for the waterpower, which had now become insufficient, and this was one of the circumstances that led to a more accurate investigation of the laws of friction.

The move to denser forms of energy such as fossil fuels precipitated the Great Decline in poverty, childhood mortality, starvation, and the eventual rise of democratic nation states. Now, the Western obsession with net zero energy could reverse three centuries of progress. “Energy equals quality of life and we intervene there only with the most convincing of cases,” cautions Prof. Michael Kelly at the University of Cambridge’s Electrical Engineering Division.

Trillions have been spent on green energy over the past 20 years, notes energy entrepreneur and investor Brian Gitt, but the percentage of global power generated by fossil fuels has barely declined from 85.54 to 82.28 percent; the bulk of reductions have come from replacing coal with natural gas. A critical turning point was the 2011 Fukushima nuclear accident: Japan stepped away from nuclear power, and now suffers energy shortages as well as rising inflation and a declining economy. Germany also accelerated its Energiewende—an ambitious program aimed at expanding solar and wind capacity, while phasing out its remaining coal and nuclear power plants—with disastrous results.

Read the rest of this piece at Quillette.

(Hügo Krüger is a Structural Engineer with working experience in the Nuclear, Concrete and Oil and Gas Industry. He was born in Pretoria South Africa and moved to France in 2015. His interests include politics, economics, public policy, history, languages, Krav Maga and Structural Engineering.)