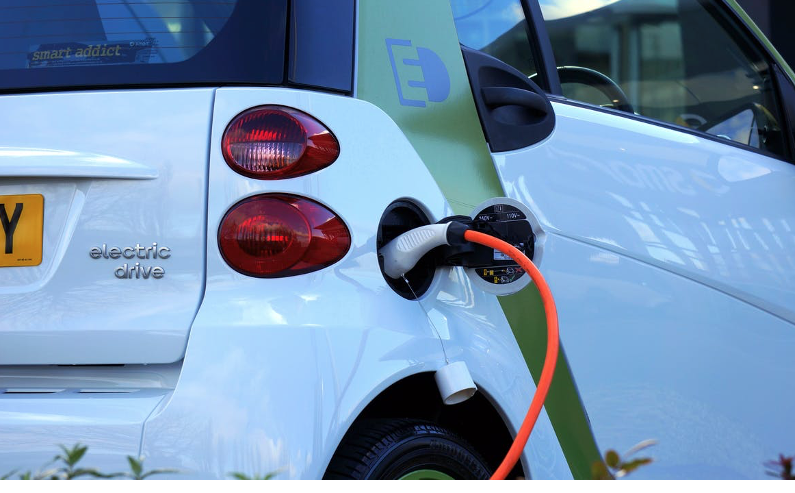 DRIVE GREEN-Do you know what happens to yeast during fermentation? They eventually produce too much carbon dioxide for their own good and die!

That’s been the path we, the most intelligent species on the earth, have been on since we began industrializing. Everything from aircraft to ships and from factories to power plants emits CO2. It might be hard to believe, but as much as 41% of all carbon emissions caused by transportation come from passenger cars.

It is only logical that any serious measure to help climate change must include changing how cars work. The most viable solution for that is the car industry going electric. Let’s examine some of the facts that point out that having more cars that run on electricity instead of internal combustion engines is the best solution for the climate change problem facing us as a species.

Electric Cars Have a Smaller Carbon Footprint Over Their Life

One of the chief concerns about electric vehicles is that the manufacturing of batteries produces a lot of carbon emissions, and that is true. Making a typical EV battery creates more pollution than an entire internal combustion engine car, but that’s just half the story.

Since the electric vehicles have zero tailpipe emissions, the overall carbon footprint of an EV over its lifetime, including manufacture, charging, driving, and decommissioning, is less than half of a comparable internal combustion engine car, according to the United States Environmental Protection Agency. That takes us to the next point, the operational carbon footprint of an EV.

The carbon emissions caused by charging an EV mainly depend on where you live. You can estimate that by using this online EV carbon emissions calculator by selecting your car and entering your ZIP code. With the US now producing more renewable energy than coal or nuclear, all the electricity used to charge EVs will soon be carbon neutral.

Gasoline-powered cars have a maximum thermal efficiency (the proportion of energy of the fuel that drives the car) of 35%. It means that 65% of the energy in the fuel you put in your car goes to waste. On the other hand, electric cars have an efficiency of more than 95%. If you charge an electric car with 1000 watts, more than 950 watts drive the car. That’s the reason even if the energy is being sourced from fossil fuels, EVs are still better for the environment.

Gone are the days when electric cars used to be an enthusiast’s item. They are more affordable now. The average cost of an EV in the US is $51,000, considerably higher than the $42,000 price tag of an internal combustion engine car, but that’s not accounting for the operational costs. The per-mile fuel cost of an average gasoline-powered car in the US is 11.4 cents, and the electricity cost for a comparable EV is just under 4 cents. With an average car driving around 14,000 miles a year, the difference in cost is covered within one year of ownership.

You can sell or trade-in your car for an electric vehicle right now and enjoy the economic benefits of an EV while doing good for the climate.

Electric Cars Are Practical, Now More Than Ever

Those are all great benefits of EVs over gasoline engine cars, but they can only be enjoyed if the EVs are practical. Thankfully, they now are. There were three main problems with making EVs practical, range, power and charging times.

Looking at the range, the average EV range is now 181 miles. That is more than enough for city driving. EVs become even more lucrative, factoring in the fact that if you have to drive them in the city, you’ll practically never have to pay for charging. All modern EVs can be plugged into the same outlet as a toaster, and they can charge enough overnight to last you the next day.

EVs are now more powerful and capable than gasoline-powered cars. The CEO of Tesla, one of the leading EV companies globally, even said, “We don’t make slow cars at Tesla.” EVs are practical and fun to drive, and the fastest acceleration record of any production car is currently held by an EV, the Tesla Model S Plaid.

The greatest concern about EVs was their charging time. That problem has also been largely solved now. The average EV charging time now stands at 25 minutes. That is slower than refueling a gasoline car but still practical. With EV fast-charging stations along all the major highways, it is now totally feasible to take an EV on a trip almost anywhere in the USA.

The climate change problem is more serious than we can realize. We need to do everything to minimize the negative impact of civilization on the globe. With up to 41% of transportation carbon emissions originating from the tailpipe of passenger cars, going electric is one of the most significant things we can do for the planet. Electric cars cause lesser emissions, are more energy-efficient, make more economic sense, and have become practical enough for widespread use. Any serious attempt to solve the climate crisis should include a large-scale shift to electric cars from the traditional gasoline-powered ones.