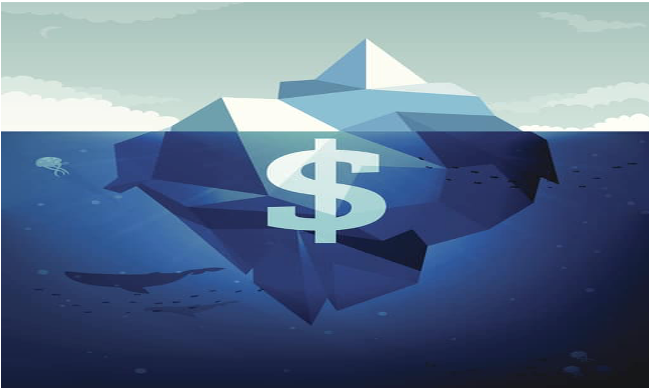 NEIGHBORHOOD POLITICS-In a year when there has been a lot of uproar over State Legislative overreach into local planning, planning and land use corruption scandals to the very top echelon of Los Angeles City Officials,

and the ever-apparent deterioration of City infrastructure in keeping abreast of the new density demands, the Budget Advocates reviewed two key critical agencies to evaluate their efficacy in the face of the challenge.

This paper discusses spot zoning, its relation to State law changes, and the cost to the City budget.  This paper uses the Anderson’s American Law of Zoning 1995 definition of Spot Zoning, “the process of singling out a small parcel of land for a use classification totally different from that of the surrounding area for the benefit of the owner of such property and to the detriment of other owners.“  Spot zoning creates an exception to an established area that is previously researched, developed with community engagement, and approved by a legislated body, the City Council in Los Angeles’s case.

To get a baseline comparison, we asked the Department of City Planning for data on the cost to implement laws with State mandates, such as SB-330. According to the Department, multiple agencies are involved including City Planning, the Department of Building and Safety, and Housing, and most changes are monitored by the Citywide Housing Policy Team.  Moreover, the City does not have a method to track costs of such work.  At numerous public engagement venues such as Planning 101 and PlanCheckNC, City planners stated that working on zoning and land use overrides from Sacramento requires a lot of time, is ever changing, and frequently conflicts with established (and City tax paid and completed) land use and zoning plans.

The Department of City Planning announced during a presentation about the 2021 Southwest Valley Community Plan updates that they are following a new procedure where they are concurrently writing the new Community Plans and the new language of “Re:codeLA” with modifications to zoning and land use.  This is in contrast to 2018 when Community Plans were updated without changing zoning and land use. Writing a plan without an approved language is time consuming, redundant, and prone to errors and omissions and presents a challenge to stakeholders who do not have the same level of knowledge as the planners and developers. This procedure results in stakeholders being asked to review the new Community Plans with a language that is not known and not complete.

One example is how Residential Floor Area (RFA) will be computed once the new Community Plans are approved. Currently, RFAs for the maximum building size is computed by taking the lot size, using a multiplier based on the zone, and subtracting the non-buildable areas. What the new and not very well-advertised proposal does is eliminate the “minus non-buildable areas,” effectively supersizing homes sizes instantly. To give a layperson example, it would be as if a sport like football had rule changes mid-game, written in a language other than what the spectator was fluent in, and conveyed to the referees in piecemeal fashion.  Since every parcel is not the same size or shape, each one becomes a spot zone without the overall due process of a Community Plan scoping and vetting process.

Council File 20-1044, adopted by the City Council on February 16, 2021, removes “high value” development projects from the Planning and Land Use (PLUM) Committee and sends them directly to the City Council for a vote without defining “high value.” The goal of the motion is to curtail dark money from developers who “hire teams of consultants and lobbyists who often target members of the PLUM Committee.”

The FBI probe into disgraced former Councilmembers Huizar and Englander for bribery and corruption on these matters is the catalyst for this motion. It should be noted that Mr. Huizar was the Chair of the PLUM Committee. This attempt to curb corruption by skipping a commission and elevating a project to the full City Council does not solve this problem. This new type of spot zoning is an example of putting the cart before the horse, passing legislation that escalates projects that are known targets for corruption into law, and then backdooring a definition to mean anything a select group deems it to mean. The adopted motion will replicate the same costs and consequences, if not exacerbate them.

This follows in lockstep with the creation and implementation of the Expedited Processing Section (EPS) in City Planning. Currently, there is no specific definition of which projects are eligible to go to EPS where they bypass local hearing bodies; there is just a fee schedule. A project eligible to go to EPS can range from minor tract corrections to General Plan Amendments (Expedited Service Brochure, dated December 2013). EPS’s original intent was to reduce the backlog of cases waiting for approval by allowing applicants to pull their cases out of the filing queue for quicker decision as long as the developer pays the Department to staff the program.

The program and concept are effective in significantly reducing case files stuck in the Planning approval process. However, the program morphed into a scheme where well-funded developers bypass the Area Planning Commission (APC), a body that provides access to the local community, and go directly to downtown decision makers who are less knowledgeable about the local impacts a project might have.

Additionally, the program was designed for basic applications and certain Economic Assistance Areas in the City.  Mayor Hahn’s letter further clarifies this EPS issue by citing its use for “minor variances” (see Council File 03-0852).

To add insult to injury, when a case is first filed in its correct jurisdiction, and then refiled with EPS, the Community Impact Statements generated by Neighborhood Councils and letters filed by community members are not always conveyed to the new reviewer (see case number CPC-2017-3172, DIR-2017-3172-DB-SPP-SPR-WDI for an example). One example is a restaurant in Council District 5, where EPS allowed the zoning override for a Drive Thru. The exact same parcel previously had the same request struck down (different applicant). This decision, which is currently being challenged by several homeowner groups, clearly did not have the same outcome, even though the Council File that created the EPS states it would have the same outcome as if the normal jurisdictional body heard the matter.

These negative outcomes require local individuals and groups to fight against deep-pocketed developers, except now the spot zoning favors members outside the community. This is not to say that spot zoning should never be used. Rather it should be used sparingly, as a last resort or to correct errors in established and transparent existing plans. The spot zoning plan in council file 20-1044 is the same concept as the EPS which led to bad outcomes as described above.

Return to Mayor Garcetti’s “Back to Basics” idea.  Create plans (rules of the game) that are concrete and make changes using open and transparent processes. Do not change the Community Plan process in ways that obscure the result.  Reduce “relief” (unplanned overrides) from regulations (rules) to minor issues only and define what “minor” means. The result will be shorter queues, less corruption, less fraud, waste, and abuse, greater community input, and a fair playing field for developers of all sizes.

1) New Land Use and Zoning Laws are updated within the city (Re:codeLA) to avoid double work.

2) Create cost tracking and cost analysis on spot zoning and its effects on secondary support networks such as transportation, schools, fire, police, and infrastructure. For example, in “Any Area” that is 1 square mile, 10 single family homes are changed to quadplex through zoning.  This leads to an increase demand of X spots in schools and Y amount of sewer usage increasing the service percentage for “Any Area” to 312/400 HCF capacity. In other words, provide the calculations for the impact of a change on the infrastructure.

4) Create a transparent and easily understood matrix of capacities in the proposed Community Plan vs. current levels in Community Plan Areas. This example is for illustration purposes ONLY; numbers are fictitious.

(Written by the Planning and Public Works Budget Advocate Committee, Chaired by Lee Blumenfeld. All members of the Budget Advocates, are elected, all volunteer, independent advisory body charged with making constructive recommendations to the Mayor and the City Council regarding the Budget, and to City Departments on ways to improve their operations, and with obtaining input, updating and educating all Angelenos on the City's fiscal management.) Prepped for CityWatch by Linda Abrams.