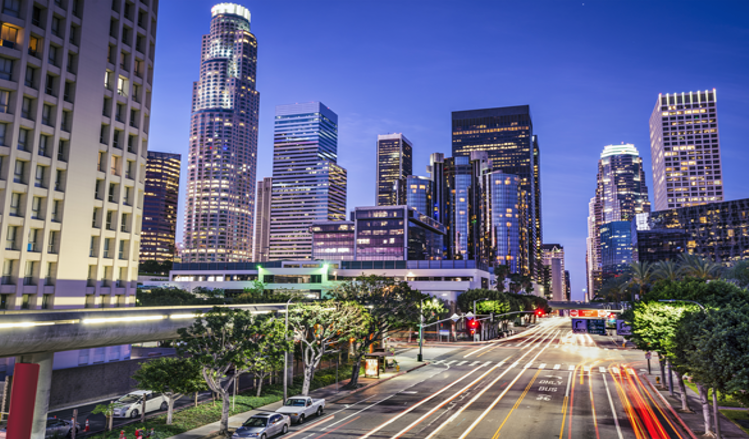 Los Angeles has made it through the pandemic – almost – but we’re not out of the woods just yet. There is still a great deal to be done and City won’t cross the finish line by patting itself on the back.

If the goal is a new normal, one where the City is stronger and our lives are better than before the pandemic, then the Mayor and City Council need to start making major changes to ensure that better future. And all Angelenos need to support them in furthering these changes.

Now is the time for this government to evaluate all departments, the City government structure and amendments to the Charter needed to move Los Angeles into a flourishing future.

It is time to focus on the budget, on fully funded core services, increasing efficiency by downsizing bureaucracy, removing redundancies, and providing sustainable services to meet the needs of Angelenos today, and for years to come.

The City’s budget is an important document in that it lays out how Los Angeles will provide the infrastructure and services for the coming fiscal year. In selecting priorities for our tax dollars, the budget becomes a declaration of our values. It frames our collective future.

Budgeting should reflect community needs and priorities. The symbol of the City should be a helping hand lifting people up. Only then will Angelenos feel that their government works for them and not for special interests.

The responsibility of all City officials should be to reprioritize spending in a financially sound manner to benefit the local communities they are paid to serve. The City must adhere to the fiscal prudence recommended by the CAO and put any remaining monies from the recent federal relief monies into the Reserve Fund and avoid counting on future windfall events to balance its budget.

The City may not have the authority or ability to provide healthcare or expand education, but it can help rebuild our infrastructure (which disproportionately affects lower income residents), invest in our communities, replace a minimum wage with a living wage, establish protection from over-zealous policing, crack down on corporate influence, institute campaign finance laws, lead the attack on climate change, and develop programs to give every Angeleno a chance to achieve the American dream.

Investing in people and communities – enhancing job skills, attracting businesses to the city -- will give Angelenos resources to move away from dependency on tax-funded social programs. Enhancing their purchasing power will help ramp up not only the City’s economy in every neighborhood but develop a stronger tax base to solidify growth into the foreseeable future.

Los Angeles must address “the humanitarian crisis of our lives,” what the Controller has called the “existential challenge for Los Angeles today” – the scourge of homelessness.

Homelessness is not only a moral issue and a stain on the City’s reputation; it leads to an ever- increasing debt spiral. Experts expect the numbers of the unhoused Angelenos to increase dramatically when the current moratoria against evictions end.

Battle lines have already been drawn between those who say that public property should be available for the homeless and those who feel that homelessness threatens their neighborhoods. City Hall must develop a comprehensive and viable plan for a permanent solution, one that is both possible and desirable, or the costs will continue to drain the budget.

Another concern is the continuing and escalating number of lawsuits brought against the City. Departments are acting to remove physical risks and enhance safety. With adequate funding, the Ethics Commission could expand enforcement of ethics regulations which would not only generate income from fines but deter malfeasance which may lead to more claims.

The City Attorney’s office must take a stronger stance on spurious claims and vigorously appeal settlements that go too far to stop setting the City up as the target of a cottage industry suing deep-pocket entities.

With the protests that have already occurred and are expected to continue, discrimination lawsuits against the City in general and claims against the LAPD in particular are only going to increase.

Currently the City’s elected officials have done little to resolve the aforementioned issues. Too often there is no personal accountability for any employee whose actions generate litigation and/or monetary settlements. The City just pays the bills out of our taxes.

If there is over-zealous policing and if bad decisions are made by line officers in contravention of their training, they should lose their jobs and their immunity. While the LAPD may have the most visible and expensive lawsuits, every department should work to reduce its liability. Otherwise, nothing will change.

Finally, the City must plan better for a return to a new normal than it did in its heavy-handed and arbitrary approach to budget-slashing this past year.

Like after the Great Recession, the economy will lurch forward and then stall out before it starts to hum along. Without incurring massive debt to be shouldered by the next generation, the City must spend judiciously to get the economy up to speed so it can generate income.

The City needs to spend money now to perform necessary maintenance and replace failing infrastructure, because the cost of not spending the money now will exceed those immediate costs. The Mayor and his team must find a way to break out of budgeting in a vacuum, one year at a time.

Furthermore, the City needs to enforce protection of existing assets by extending moratoria on digging up newly paved streets and ensuring that damage fees in all areas at a minimum cover actual costs.

In talking to the department heads and staff over the past months, and as is reflected in the reports, most are hamstrung by the City’s current no-hiring policy, and many are facing infrastructure end-of-life concerns.

Furthermore, the across-the-board cuts to most departments hamstrung the ability of the City’s revenue-generating sectors to drive revenue. This short-sighted approach will require a rebuilding of the support areas lost during the fiscal emergency and could mean a delay of a year or more to build back to pre-pandemic revenues.

The ONLY reason why the City will be able to balance its budget this year is because of the massive one-time infusion of federal funds. With a nearly $1 billion shortfall predicted for next year, the City cannot count on a second bail-out. A true big-picture plan needs to be developed going forward, with proper foresight and financial modeling for accurate multi-year budgeting.

This must include priority ranking of core City services so there is a concrete plan for future cutbacks when economic crises loom to avoid the negative impacts forged by year-at-a time kneejerk reaction approaches.

Some see the pandemic as leverage to reduce siloization between departments, where each department focuses on maintaining its own bureaucracy at all costs and improve efficiencies of scale by instituting citywide programs such as for procurement and IT oversight. Use this approach to reinvent budgeting for Los Angeles.

Make all of these fiscally responsible and sustainable.

We are all in this together.

Looking back at other Budget Advocate White Papers

Have any of the revenue producing ideas in the 2017 White Paper been incorporated?

How many of the Budget Advocates’ suggestions for increasing revenues and decreasing expenditures have been implemented over the years?

Has the City initiated any actions on the Budget Advocates’ recommendations from last year’s White Paper, listed below, all of which would have placed the Los Angeles on a better financial footing today?

We live in an interesting age – times of danger and uncertainty. But the discomfort can generate openings to remake our world from something to complain about to a more positive future.

There’s only so far you can go with horses and buggies in a fuel-injected world; it may be that it’s a poor workman who blames his tools, but you also have to have the right tool for the job.

Coming out of the pandemic, Los Angeles must use the convulsion of our lives to make real change, good change, or the City will be sidelined in the annals of history.

Jane Goodall said: “Together we can and together we will save the world.”

We want to start with just one city, the one we call home.

Update the Four-Year Budget Outlook to reflect the current budget reality including the projected deficits.

Require the Mayor to submit the budget to the City Council on or before February 1 rather than the current deadline of April 20. Each Department will then present its proposed budget and priorities to the appropriate City Council Committee. Afterwards, the Budget and Finance Committee will conduct hearings on each Department’s budget.

Create a Pension Commission to review and analyze the City’s pension and Other Post-retirement Employment Benefit (OPEB) plans and develop recommendations to eliminate the unfunded liability over time.

Develop a ten-year infrastructure plan that includes, but is not limited to, streets, sidewalks, parks and their restrooms, trees, buildings, and vehicles. This will include plans for the Los Angeles River, the Civic Center, and the Convention Center.

Benchmark the efficiency of the City’s Departments and operations.

Implement a plan to increase the City’s Reserve and Budget Stabilization Funds to an amount equal to 10% of its General Fund Revenues.

Establish an independent Office of Transparency and Accountability to oversee the budget and other related matters in real time.

Develop solutions to balance the budget over the next four years and eliminate the Structural Deficit.

CityWatch will be publishing the reports included in the 92-page document submitted to the mayor on April 7 in the weeks to come so that everyone has the information to weigh in on how the City should best allocate its scarce resources in a prudent manner to benefit Angelenos.

(The Budget Advocates is an elected, all volunteer, independent advisory body charged with making constructive recommendations to the Mayor and the City Council regarding the Budget, and to City Departments on ways to improve their operations, and with obtaining input, updating and educating all Angelenos on the City’s fiscal management.) Prepped for CityWatch by Linda Abrams.