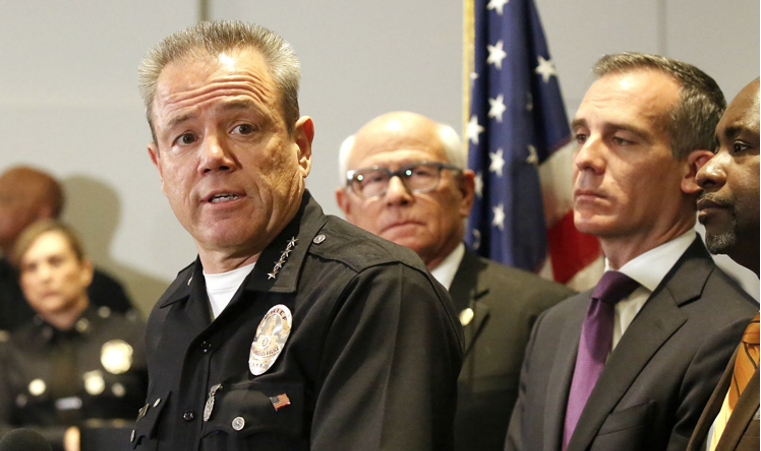 NEIGHBORHOOD POLITICS-With cuts in the fiscal pipeline more severe than those in the aftermath of the Great Recession, are deep cuts to the LAPD a smart idea?

Although there was plenty of support for defunding the police five months ago, today many Angelenos are more concerned about public safety, especially given the increase in crime.

There is currently a divisive split between those concerned about the rise of crime in their neighborhoods and people encouraging a greater move towards community policing and restorative justice.

At the same time, there is the lack of funding to do either well. Furthermore, there is a lack of political will to address this division.

To pay for the significant increases in City labor agreements approved by the Mayor and City Council in 2019, the Mayor’s Proposed Budget for 2020-21 slashed expenditures and, without consulting the City’s unions, called for furloughs.

The Mayor’s Proposed Budget did not consider the impact that the restrictions imposed because of COVID-19 would have on revenues. Nevertheless, the City Council proceeded to adopt this fantasy budget which became the blueprint for spending for the fiscal year starting on July 1, 2020.

At the same time that City revenues were plummeting, the unions for 15,000 of the City’s civilian employees refused to accept any furloughs, leading to serious over-expenditures, and adding to the budget deficit.

For Mayor Garcetti who has repeatedly emphasized a commitment to Back-to-the-Basics and the importance of core services, this should have been unconscionable. Even if he was being courted by the Democratic Party elite at the time, his first allegiance should have been to the City, to its financial integrity, and to the people who elected him.

To cover the revenue shortfalls for the fiscal year that ended on June 30, 2020, the City tapped the Reserve Fund for approximately $200 million, reducing it below the 5% Reserve Fund Policy goal.

When the Mayor met with the Budget Advocates early in October, he told them the budget was more fluid than in the past, was being revised weekly, but that it was not necessary to update the public. This lack of transparency on the Mayor’s part doesn’t give Angelenos any kind of framework on which to judge the success or failures of the Mayor and the City Council in this time of economic challenge.

Last week the CAO discussed his Second Financial Status Report with the City Council’s Budget & Finance Committee, the $675 million budget gap, and the call for draconian layoffs and cuts necessary to balance the 2020-21 City budget.

Those included the elimination of 1,700 officers and support staff from the LAPD, jeopardizing public safety. Layoffs in other departments such as the City Attorney, Animal Services, and the Bureau of Engineering would make providing many services difficult if not impossible. It also continued the hiring freeze and early retirement mandates, thus magnifying the problems.

An underlying issue is if the furloughs and cuts had been made in March at the beginning of the pandemic, the City would have already been covering the revenue shortfalls. Cuts and layoffs today won’t be effective for months, so their impact on jobs and the public would have to be huge to achieve the same amount of savings. In short, the City has lost valuable time by dithering instead of dealing with the issues.

A job cut that was effective on July 1, 2020 would have saved the City 100% of the salary and benefits. And it’s simple math, if the same job is cut only three months before the end of the fiscal year, there is only three months of savings to be had instead of the full year.

The Los Angeles Police Protective League is having a hard time wrapping its mind around that one: that for every police officer cut, the LAPD is only credited 25% of their salary. And they are further incensed that their members represent almost 90% of the proposed layoffs.

Others are more concerned about the impact on public safety given the uptick in homicides and crime in general, including Chief of Police Michel Moore who made an impassioned and justifiable plea to the Budget & Finance Committee to maintain safety for the City by preserving manpower.

What was passed by the City Council the following day was a watered-down version of the CAO’s recommendations, including reducing by half the proposed layoffs for the LAPD. But no alternatives were presented, still leaving the City with a massive budget gap. And still leaving the LAPD short-staffed.

In the end what matters are safety and core services. And the questions now are who has the shovels to dig the City out of an ever-deepening economic hole, and where they should dig.

Call your Councilmember if you have the answer!

(Liz Amsden is a member of the Budget Advocates, an elected, all volunteer, independent advisory body charged with making constructive recommendations to the Mayor and the City Council regarding the Budget, and to City Departments on ways to improve their operations, and with obtaining input, updating and educating all Angelenos on the City’s fiscal management.) Photo: Al Seib / Los Angeles Times via Getty Images. Prepped for CityWatch by Linda Abrams.