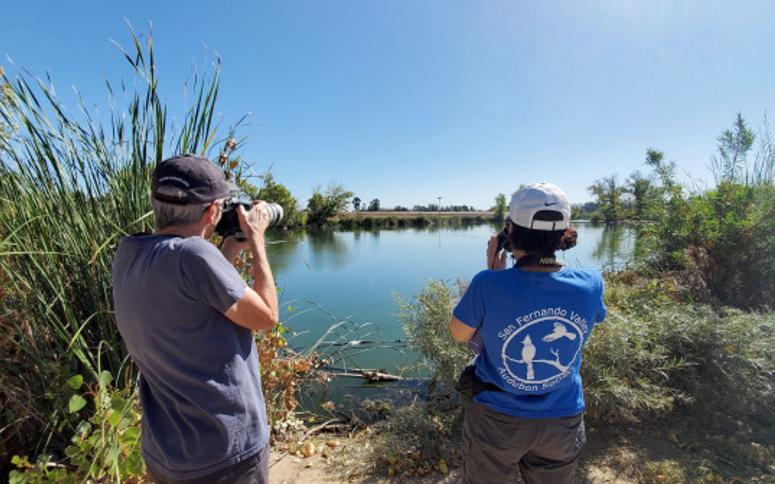 NEIGHBORHOOD POLITICS-Does the Los Angeles City Department of Recreation and Parks have sufficient resources to  maintain and preserve its urban wild areas?

The Sepulveda Flood Control Basin, in the midst of the urban San Fernando Valley, occupies 2,031 acres owned by the United States Army Corps of Engineers (USACE). Most of the basin is within City Council District 6; about 75% of the acreage is leased by and under control of the Los Angeles City Department of Recreation and Parks. It hosts two golf courses, two man-made lakes, two ecologically sensitive Wildlife Areas, sports fields, open parkland, agricultural land, and the Tillman Water Reclamation Plant, in addition to the small portion retained by the USACE for flood control purposes.  The Los Angeles River runs directly through the basin, as does the 101 Freeway.

The Wildlife Areas in the basin were developed by the city, state and federal governments beginning in the late 1980’s in cooperation with local non-profit groups. These reconstructed windows to the original ecosystems — urban wilds — provide brief glimpses of the natural world, offering refuge from busy city streets for residents and habitat for wildlife.

Urban wild areas require careful management to preserve their ecological integrity and require a commitment to on-going long-term maintenance and protection from degradation by inappropriate usage. In other words, they require a level of care beyond what is required for developed park areas.

The Wildlife Area, bounded by the 405 Freeway to the east, Burbank Blvd. to the south, Woodley Avenue to the west and an access road to the north is approximately 100 acres. It included many acres of native plants, a man-made lake, observation stations which serve as outdoor classrooms for thousands of local students, and habitat for many species including the endangered Bell’s Vireo. The vegetation was carefully nurtured for the past 30 years, and the area was a forested oasis in our urban area.

On September 6, 2020, a record-setting hot day on a holiday weekend, a fire consumed most of the carefully nurtured vegetation, reducing the wildlife area to a smoking ruin. The fire tragically took the life of a person encamped in the park. There were at least four previous fires nearby in the preceding weeks, and there have been many since. The Wildlife Area was surrounded by acres of bone-dry brush, primarily consisting of non-native mustard. Numerous homeless encampments were secreted in the acres of dry brush.

Fingers can be pointed in many directions regarding the situation which resulted in destruction of the Wildlife Area. The City of Los Angeles Fire, Police, and Sanitation Departments were well aware of the dangerous conditions, as were the Los Angeles Homeless Services Authority outreach teams and the U.S. Army Corps of Engineers.

However, the Los Angeles City Department of Recreation and Parks is responsible for maintenance and enforcement of all its parks. The mission of this department is “. . .to enrich the lives of the residents of Los Angeles by providing safe, welcoming parks and recreation facilities and affordable, diverse recreation and human services activities for people of all ages to play, learn, contemplate, build community and be good stewards of our environment.”

The Department of Recreation and Parks has fallen short in the case of the Sepulveda Basin Wildlife area. This raises the question of whether the department’s budget is adequate to provide for needed services, for example, brush clearance. In fiscal year 2019-2020, the Recreation and Parks budget for brush clearance was $2,834,000. The same amount is budgeted for the current year. Is this amount inadequate and it that the reason for this failure? If that is not the reason, why was it not done after the first, or second, or third fires? Is the Sepulveda Basin receiving a fair share of services?

Both the Encino and Lake Balboa Neighborhood Councils have been requesting a dedicated ranger presence in the Sepulveda Basin for several years, to no avail due to lack of staff and funding. Urban wild areas require consistent ranger presence to enforce rules, protect park patrons, and to educate and interact with the many visitors to the area. There have been, and continue to be, persistent issues with bad and criminal behavior in the Sepulveda Basin, especially in the wildlife and lake areas. These include illegal fires, illegal fishing, hunting, disturbing animals, and plants, bringing dogs and bicycles into restricted areas, alcohol and drug use, and encampments. All of these uses degrade the area, are incompatible with conditions of use of environmentally sensitive areas, and likely contributed to the conditions leading to the fire.

The burned wildlife area will eventually be restored by money and hard work on behalf of many civic and government groups. Will the Department of Recreation and Parks commit to responsible stewardship of the area in the future? In view of the City’s current budget shortfall, any and all options should be considered, including but not limited to the following.

If changes in procedure are not made, our precious urban wild areas will be lost and Angelenos will suffer.

(Patricia Bates, a member of the Budget Advocates Recreation and Parks committee, serves as a member of the Budget Advocates, an elected, all volunteer, independent advisory body charged with making constructive recommendations to the Mayor and the City Council regarding the Budget, and to City Departments on ways to improve their operations, and with obtaining input, updating and educating all Angelenos on the City’s fiscal management.) Prepped for CityWatch by Linda Abrams.