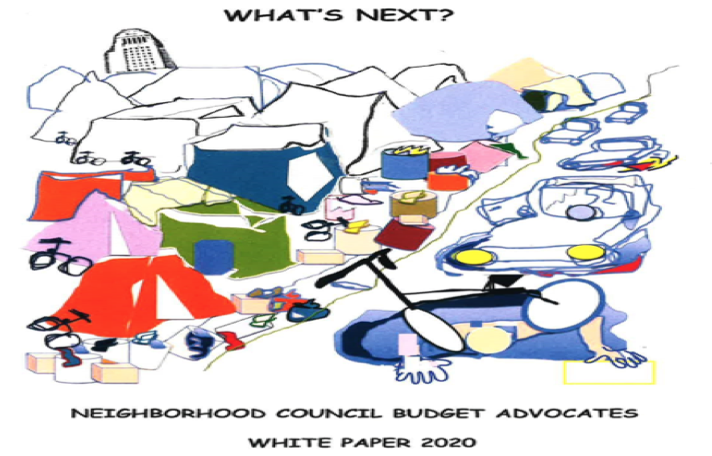 BUDGET ADVOCATES-On January 27, the Budget Advocates published their 2020 White Paper “Radical Transparency” calling for more openness and transparency at City Hall, especially with regards to the choices by which they choose to spend the people’s money.

The Neighborhood Council Budget Advocates (as well as many Angelenos) are losing confidence in Mayor Garcetti and the City Council because of the recent disclosure of budget deficits that exceed $1.2 billion and the lack of transparency into the City’s budget process and labor agreements.

On July 1, 2019, the City announced that the budget was balanced. The City projected a budget surplus in each of the next four years, topping out at $78 million in 2024. The four-year cumulative budget surplus was projected to be $200 million.

Since these paragraphs were written, the projected deficits have mushroomed due to the impact of the coronavirus that was already affecting Wuhan but had not yet become the pandemic that swept around the world just a few weeks later.

An impact that included not only the cost of protecting Angelenos from the virus but also the severe blow to the economy and to the City’s economically sensitive revenues.

And the City Council has done nothing constructive to address the underlying issues.

The preamble to the heart of the White Paper continues:

These deficits are largely attributable to salary increases for sworn (police and fire) and civilian employees pursuant to new labor agreements that were not included in the Adopted Budget. These agreements were negotiated behind closed doors without any input from the public.  Furthermore, the approval of these new labor agreements was ramrodded through the Personnel Committee and the City Council without any meaningful discussion or disclosure.

These actions did not go unnoticed by other parties and, in fact, drove some of the rage that led to the demands of the People’s Budget. And the increased awareness that business-as-usual would no longer be accepted by those who call Los Angeles home.

The White Paper then looked to the future costs that the malfeasance of the City’s 2019-20 budget was asking Angelenos and their children to bear.

As a result of the Structural Deficit of $1.2 billion over the next four years and the need to balance the budget, Angelenos will experience a lower level of services, or a Service Deficit. At the same time, the City will be dumping on the next generations of Angelenos significant liabilities consisting of unfunded pension liabilities ($15 billion) and deferred maintenance ($10 billion). This is Intergenerational Theft.

Below are the recommendations made in January by the Neighborhood Council Budget Advocates. Despite last year’s budget not being tenable, despite the explosion of projected costs and other uncertainties associated with the pandemic, has the City taken steps to address, let alone implement, any of them?

The recommendations set out in the White Paper are more necessary than ever if we are to increase transparency into the City’s budget process and, as the author of the paper said: will hopefully mark the beginning of the process of restoring Angelenos trust and confidence in City Hall.

Over the next few weeks, we will look at all of these and how they played out to exacerbate the situation as the City faced mounting challenges, many of their own making.