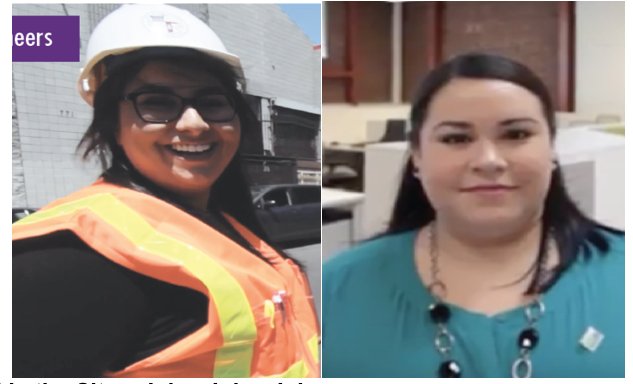 NEIGHBORHOOD POLITICS-The Los Angeles Bureau of Engineering (the Bureau) performs critical services for other departments and, in conjunction with Building and Safety, and City Planning, for the residents of Los Angeles in ensuring that work performed on both public and private property does not negatively impact the integrity of the City’s infrastructure.

And even though there will be some shakiness as Los Angeles and its budget adjusts to the post-pandemic reality, as a backbone department providing essential services to many other City entities, there will be a continuing need for the Bureau to hire staff and consultants moving forward.

The Bureau offers a variety of interesting careers for our young people, ones that will grow and change with technology and the environmental and economic challenges facing Los Angeles.

At the time the Budget Advocates met with them, the Bureau was budgeted for over 900 staff but had almost 130 vacancies.

Staffing is a serious issue; for years the Bureau has struggled to retain a sufficient number of qualified engineers and architects to fulfill its mandate. In addition to the vacancies, 36% of the existing staff is eligible for retirement. And, as in so many other City departments, after investing several years in their training, the Bureau loses employees to better-paying positions in the public and private sectors.

With demand outstripping trained personnel, it can be difficult to attract young engineers and architects to the City’s entry-level positions. To address this, they have had to implement innovative hiring practices.

In addition to the City now allowing the Bureau to hire associates at a higher pay grade than before – a big selling point in the current job market -- and junior staff are being included in strategic planning meetings.

This ensures their voices are heard. As with all organizations, if people feel they are respected and make a difference, retention levels will be higher. Younger staff members are encouraged to assist in peer-to-peer recruitment of recent graduates. New hires work an 18-month initial rotation to obtain broad experience before deciding their preferred area of interest. The Bureau also has a robust mentorship program.

To develop potential employees at a younger age, the Bureau sponsors a high school bridge building contest and it supplies staff to support any Los Angeles team that reaches the national finals. It also provides internships for college juniors and seniors.

The Bureau is looking to hire a significant number of women with an eye towards achieving gender equality, which has become a priority for the Department of Public Works.

Girls just want to have fun

The demand for engineers increased exponentially at a time when students taking science, technology, engineering and math (STEM) subjects were primarily male.

Even today less than 15 percent of engineers in the United States are female, but that it is a major improvement from the 1980s when the number was under six percent. And 30% of women in our country who leave engineering jobs blame the organizational climate: too many companies in heavily male professions still operate as “boys clubs.”

And women now want and deserve female role models so hiring women in senior engineering positions is win-win since they will attract new generations of female engineers looking for mentors and support within often male-dominated companies.

Across Los Angeles, targeted efforts are being made to attract young women into computer clubs, robotics and other STEM-heavy activities. It seems to be succeeding. Now with the opportunity for work within the Bureau and other City departments, we can only hope it will trickle up.

The Bureau also has an aggressive technology program. It has a dedicated group that comes up with ideas and then implements them. Their ideas are forward-looking and coordinated with the City’s Information Technology Agency. These innovative projects include:

Science, technology, engineering and math are essential skills needed for many City departments as well as a pool of workers with those skills being a prerequisite for many companies looking to move to Los Angeles.

Some people see math as black and white, an either/or. It’s not. Engineering brings the human component to what can be done with these skills. Problem-solving is the way of the future and Los Angeles needs to nurture a growing labor pool with these abilities.

Go to https://eng.lacity.org/jobs – and scroll down for information on jobs and internships.

For the full Budget Advocate’s report on the Bureau, go to page 68 (page 71 of the pdf) of the NCBA White Paper 2020 link in the right column.