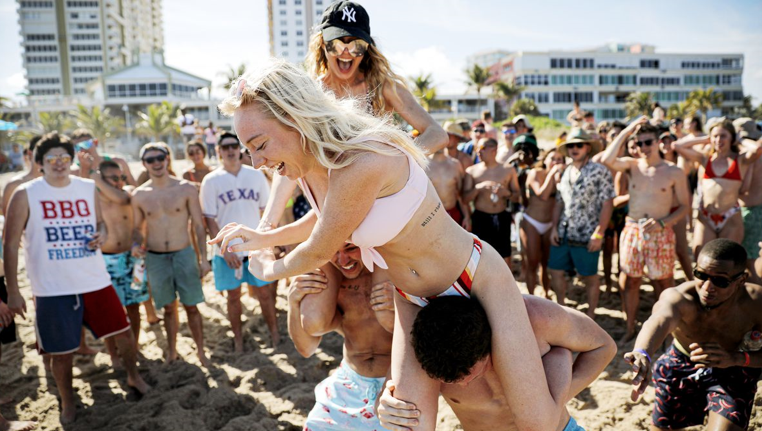 NEIGHBORHOOD POLITICS-America has prided itself on being a young country and its history is full of heroism and adventure.

But it’s time for the bravado of its adolescence to be replaced by the choices made reflecting a maturity that has not always been seen, especially in recent months.

We don’t need the continuing whines of a president desperate to blame the crisis on anyone but himself, the anti-scientific beliefs of a vice president who is supposed to be in charge of combatting coronavirus in the States, the irresponsibility of the thousands who descended on Florida for spring break and are taking an unintended gift back to their families and schools, and the rejection of reality by the crowds at bars and in the streets of Seattle (an epicenter for the disease).

Regardless of what some of our leaders believe, we are not going to pray our way out of the pandemic any more than their God is going to step in and reverse global warming.

Some Americans are listening to our elected officials and complying with social distancing regulations. Others are ignoring orders to comply, insisting that the government has no right to tell them what to do.

Sweden may be trusting in its people to do the right thing, but Swedes are raised and educated in a society that respects personal responsibility. America is the land of me-too, entitlement and ignorance.

We are in this together, even if our leaders have lost their way. We all need to grow up and start putting the good of all people above our selfishness. And, beyond acting responsibly ourselves, we must educate others on what to do and why it is important.

By all reports from health officials and epidemiologists, it will take at least 60 to 90 days to tame this beast. The latter number because we did not, as a country, treat this seriously even after what we saw was happening in, China. If you want to see the benefits of keeping our distance, check out the interactive options in this column from the New York Times which, towards the bottom, also allows people to look at how the degree of the government intervenes, and how the infectiousness of people affect the equation.

Our governments – federal, state and local – must also grow up.

Given that people in areas of poor air quality are more at risk from the ravages of COVID-19, why then is the EPA not going to pursue pollution enforcement during the pandemic? By giving polluters a free pass, they are condemning men, women and children to death.

All decisions until the pandemic is history must be made with the goal of saving lives and not profits. A hundred and twenty-five million infected and over a million dead will impact our lives and the economy far more profoundly than a year or two of red ink. Me? I choose more red ink over more suffering and death.

And since many of our elected officials in Washington have clearly abrogated their responsibilities in the past weeks, it is now up to local governments and the people to lead. I’m glad I am living in Los Angeles which had plans in place to address an epidemic, and I’m taking personal responsibility to write and to reach out to people I know in other states to spread the word. Will you join me?

(Liz Amsden is a member of the Budget Advocates, an elected, all volunteer, independent advisory body charged with making constructive recommendations to the Mayor and the City Council regarding the Budget, and to City Departments on ways to improve their operations, and with obtaining input, updating and educating all Angelenos on the City’s fiscal management.) Photo: Julio Cortez/AP. Edited for CityWatch by Linda Abrams.