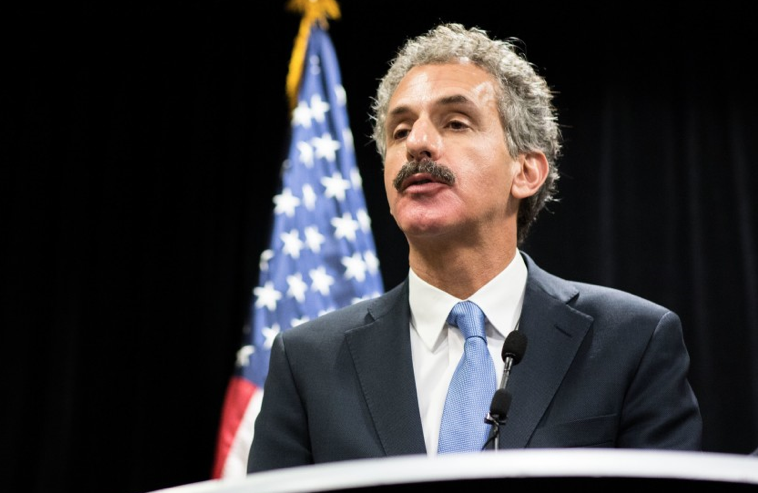 The office’s website states its mission is to be a proactive force in making Los Angeles a better and safer place to live, work, raise a family and visit. And that is what they should be doing.

Under his direction, the office prosecutes all misdemeanor offenses occurring within the City and defends the City in civil litigation. The City Attorney has also initiated a variety of affirmative litigation to improve the quality of life in Los Angeles including reducing gang activity, preventing gun violence, standing up for consumers and the elderly, protecting our environment and otherwise abating nuisances in our neighborhoods.

And in response to hot-button issues attracting attention from the public that are being aired on the nightly news, the office is also called on to address police shootings, the homelessness crisis, developer abuses, the protection of animals, and problems with the expanding cannabis industry.

The City Attorney’s Office has four branches: Municipal Law; Civil Litigation; Proprietary; and Criminal and Special Litigation. With a budget of almost $150 million, the City Attorney’s Office employs more than 500 attorneys and approximately 500 support personnel to write municipal laws, defend the City in litigation, pursue lawsuits on behalf of the people (including prosecuting misdemeanor crimes such as domestic violence, drunk driving and vandalism), and advise the Mayor, City Council and all City departments and commissions.

A significant focus for the office is to prosecute consumer protection cases. It has been successful against Wells Fargo for fraudulently opening accounts without customers’ knowledge and charging them fees, Southern California Gas in connection with the Aliso Canyon methane leak and in protecting consumers on a variety of fronts including misbranded, and often toxic, medications.  Currently it is prosecuting cases involving tax software, counterfeit pharmaceuticals, privacy issues, and solar energy systems.

The Budget Advocates have strongly encouraged the City Attorney to expand this unit. Not only do these cases protect the public from unlawful and fraudulent business practices, they also generate the revenue needed to file additional consumer protection cases without taking money from the General Fund. This income can also justify the further expansion necessary, at least in the short term, to address some of the other proposals detailed below.

When there are changes in the laws, such as the legalization of cannabis and the introduction of LAPD body cameras, the office must cope with an increased workload and the inevitable complaints.

And based on the number of complaints relating to the cannabis industry, Feuer needs to direct his troops to go after miscreants – from illegal growers to illegal sellers, including addressing the negative impacts (parking problems, traffic violations and petty crime) on neighborhoods affected by these businesses. All parties need to work together to resolve these issues before they get further out of control.

There is also the need to expand the Neighborhood Prosecutor Program and Community Justice Initiative, both of which work at the local level to address quality-of-life crimes including homelessness-related offenses.

Feuer’s office also oversees the HEART (Homeless Engagement and Response Team) program which tries to assist the homeless by forgiving citations issued to them or trading these citations for community service or enrollment in substance abuse programs.

There is a homeless coordinator who oversees how the office relates to various aspects of the current crisis. The office needs to expand these programs and work through the Neighborhood Councils on homelessness issues. Stakeholders need to be educated on what legal limits exist on how to ameliorate the impact of the unsheltered on businesses and in residential areas and how they can help.

Liability claims against the City are more than double what they were at the beginning of the decade. The Budget Advocates and others have strongly recommended that Feuer and his office prioritize reducing the number of these lawsuits and reducing the amount of money paid out to settle them.  This is a complex issue and will take time but needs to be aggressively addressed now before this cost to the General Fund spirals out of control.

While it may be faster and cheaper in the short term to settle, settlements only encourage more lawsuits, many spurious, and has become a major expense to the taxpayers who foot the bill. Cracking down hard on those with little merit now may cost the office a lot more time as well as a few big payouts but, in the long run, should reduce costs and garner greater respect for the City Attorney’s Office.

The other priority, reducing those lawsuits, is finally being addressed. This past year Feuer has spearheaded an emphasis on risk management, growing its operation dramatically in terms of data, systems, and protocol, and is working along with the CAO and other City departments to limit the City’s exposure to claims on many levels.

To head this new and more aggressive approach, Feuer has hired the City’s first risk manager, Kelli Porter, who is pushing the office’s litigators to develop proactive action plans, instead of just operating in a defensive mode. More on this another time.

Last, but certainly not least, since they are the legal face of the City, Feuer and his office must be held to a higher ethical standard. Last summer their office was raided by the FBI in response to allegations they tried to curry favor with the LADWP in connection with the multi-million-dollar settlement with the utility company’s customers.

An outside ethics expert is also assessing the office’s liability in retaining the same outside attorney who represented the plaintiff in this as well as representing both the City and the LADWP in their lawsuit against PricewaterhouseCoopers who they claim is at fault for many of the billing problems.

These are not headlines we want to read. Clear and cogent explanations are in order. And if we don’t want more of the same when Feuer terms out next year, the people of Los Angeles should be looking for a new City Attorney now, one who make sure everyone working in his or her office lives up to those expectations.