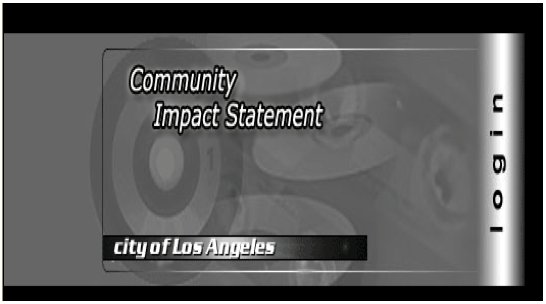 NEIGHBORHOOD POLITICS-One of the most important functions of a Neighborhood Council is to submit Community Impact Statements (“CIS”) to various entities within the city of Los Angeles to communicate stakeholders’ views on issues under consideration.

This is the epitome of democracy in action in that it truly gives a voice to the people transmitting their desires as voted on by their neighborhood to the city government.

These can be submitted to the Mayor, the City Council, its Committees and various Commissions.

The City Council must consider them when voting on Council Files and, since it’s their votes that determine how our tax dollars are spent, it’s an important way to request our Councilmembers vote for what we want.

The Department of Neighborhood Empowerment’s website states: “Neighborhood Councils were created to advise the City on how City policy impacts local communities. Community Impact Statements, or CIS, are one of the most important ways in which a Neighborhood Council can advise City departments and officials on matters under consideration by the City’s decision makers. A CIS is an official statement or position that a Neighborhood Council adopts on a specific matter or issue.”

Additionally: “If your Neighborhood Council issues a CIS on an issue, your Council earns a ‘seat at the table’ at City meetings where that issue appears on the agenda. This means a representative from your Board will be given 5 minutes to speak about your Board’s stance on the matter, as opposed to the 1-2 minutes usually given speakers during the Public Comment section on the item.”

The latter gives we-the-people an additional opportunity to impact decisions that will affect us.

A CIS can address how the city spends our money and the services they are supposed to provide.  One can be used to promote climate change, to complain about or support street vending or short-term rentals, to address gentrification and homelessness, request better practices be implemented by the city, raise safety issues, and oppose the misuse of city regulations.

One can also be written to comment on the city’s budget and finances and to support the Budget Advocates White Paper as a whole or on specific recommendations which dovetail with issues of concern to a Neighborhood Council.

These can be augmented by encouraging other Neighborhood Councils to submit a CIS on the same Council File. This is most effective on problems that are citywide. There is power in numbers.

By having a CIS considered by the full board of a Neighborhood Council and voted upon with a proper quorum, the City Council will know that this is not a one-off complaint but something that matters to the neighborhood.

Anyone not on a board can prepare a motion on an issue and have a board member add it to the agenda. They must then show up (with or without supporters) to explain their position and, hopefully, gain the board’s approval. Yes, it can be a month or so before it is considered but City Hall takes its own sweet time anyways.

A CIS can be an excellent opportunity to allow the people’s voices to be heard in the seat of government. And we would hope they would listen.

But, like pretty much everything these days, they can also be manipulated to support agendas diametrically opposed to what was intended, to benefit not the people of the city, but those who stand to make a profit. Much of this happens behind closed doors.

For example, a few years ago there was a Council File on billboards which was initially advanced by the Planning and Land Use Management Committee due their gross misrepresentation of Neighborhood Council desires. The people fought back – but that’s a story for another article.

While the current system may need improvement, nevertheless, it is a great way to demonstrate democracy in action, and Neighborhood Council board members should look at submitting a CIS on subjects specific to their stakeholders, especially those that resonate in other areas of the city. They should also fulfill their obligation as the representatives of their stakeholders by encouraging them to participate in this process as well.

Note: Individuals and other organizations can email a comment on matters under the city’s jurisdiction with a current Council File number to clerk.cps@lacity.org. Council Files and their numbers can be sourced at https://cityclerk.lacity.org/lacityclerkconnect/). These will be viewed but will not receive the same consideration as a CIS, and any public comment to the City Council or its committees is limited to two minutes per person.

People can find information about their Neighborhood Councils at: https://empowerla.org/councils/ and read previous White Papers from the Budget Advocates at: http://ncbala.com/white-papers/