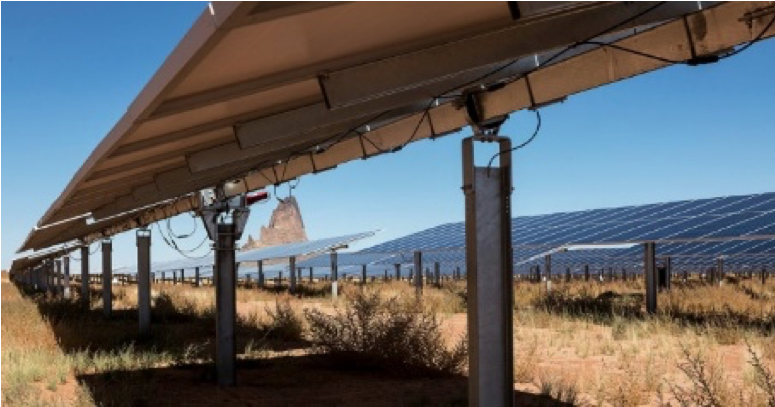 CLIMATE POLITICS--Climate activists are cheering after the California Assembly passed legislation on Tuesday that requires the state to transition to 100 percent fossil-fuel free electricity generation by the year 2045.

"California just became the largest economy in the world to commit to a 100 percent clean energy grid," said Paul Cort, an Earthjustice attorney who headed up the Right to Zero campaign. "While [President Donald] Trump is taking the nation backwards by deregulating and subsidizing the coal, oil, and natural gas industries in D.C., California is rolling up its sleeves to build bold climate protections. Already home to 500,000 clean energy jobs and the largest manufacturing powerhouse in the United States, California is proving that it can be done."

The first state to make the commitment was Hawaii, which pledged in 2015  to get 100 percent of its electricity sales from renewable energy resources by 2045.

California's measure, authored by Democratic Sen. Kevin de León, currently challenging Sen. Dianne Feinstein for her U.S. Senate seat, now goes back to the Senate for likely passage before moving on to the desk of Gov. Jerry Brown. The governor has "remained silent on the proposal," as the Sacramento Bee reported. He's also been under fire for failing to take the necessary bold action to address the climate crisis—that's even as his state this week continues to battle devastating wildfires and he acknowledges "the apocalyptic threat of irreversible climate change."

"After another summer of record-breaking wildfires driven by extreme heat, Californians know that the calamitous consequences of climate change are upon us—and that it would be folly not to do whatever we can to keep those consequences from becoming worse," wrote Democratic Assemblyman Evan Low and Carl Guardino, CEO of the Silicon Valley Leadership Group, which is one of the supporters of the California 100% Clean Energy Coalition, at the San Jose Mercury News on Tuesday.

The impact, though, would go beyond the state's borders, as dozens of noted scientists and researchers who backed the measure recently noted.

"Setting such a bold and aspirational goal for California, the world's fifth largest economy, would catalyze the research and investment needed to achieve a clean, carbon-free electricity system and help create a blueprint for others to follow," they wrote. The state also imported about 30 percent of its electricity generation last year, as the Wall Street Journal reported.

"Ongoing wildfires fueled by record-high temperatures and drier conditions exacerbated by climate change have shown us that we can't wait any longer to tackle the climate crisis and move to clean energy," added Michael Brune, executive director of the Sierra Club. "Moving to a clean energy economy will bring on a new era of prosperity that leaves no workers behind, protects our health and our communities, and creates new jobs and opportunities for people across the country."

While heralding SB 100 as "a critical first step toward addressing the worsening climate crisis," 350.org executive director May Boeve stressed that "to truly change course, we must end fossil fuel extraction," and pointed to the upcoming "Rise for Climate, Jobs, and Justice" mobilization.

"Next week, thousands of people will flood the streets of San Francisco and cities around the world to demand bold leadership ahead of the [Gov. Brown's] Global Climate Action Summit. Before then," Boeve continued, "Gov. Brown should step up and sign SB 100—and then go even further by kickstarting the transition off of fossil fuels while protecting Californians' lives and livelihoods."

This work is licensed under a Creative Commons Attribution-Share Alike 3.0 License

(Andrea Germanos writes for Common Dreams … where this piece originated.) Prepped for CityWatch by Linda Abrams.