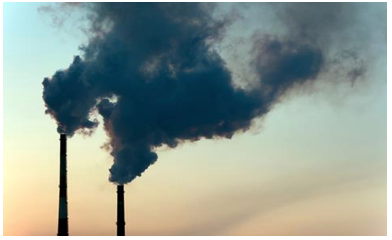 BE GREEN--Long before assuming office, President Donald Trump established himself as a climate change denier, one firmly opposed to most legislation aimed at environmental protection. In his first year in office, he’s shown himself to be determined, yet somewhat ineffectual, at rolling back environmental protections put in place by former administrations.

Even so, the headway Trump has made with his agenda is a cause for concern. Just this week, in his first State of the Union Address, he claimed to have “ended the war on American energy” and “the war on beautiful, clean coal.” The motivation for this sort of rhetoric seems to vary from his brand of crony capitalism to anti-environmentalism to trolling environmentalists. While it’s too numerous to count all the ways in which the administration has pushed back against environmental protections, here’s a look back at some its policies one year on: what’s changed, what hasn’t, and why that matters.

A Receding Reputation as a Leader on Environmental Issues

Trump’s first legislative act as president was to do away with a bipartisan amendment to the Dodd-Frank Act, which required oil, gas, and mining companies to disclose their payments to foreign governments. During the Obama administration, the United States led the world in the creation of this sort of policy, inspiring parallel legislation in 30 countries, including Canada, Norway, and EU nations. The law’s aim was to provide transparency to areas such as transnational crime, terrorist financing, and “unhinged economic and environmental crime.” Unsurprisingly, it’s been opposed since its inception by oil giants like Chevron and then-Tillerson-run ExxonMobil. (Indeed, Tillerson took his post as secretary of state mere days before Trump’s decision to scrap the legislation.) In a move that’s likely to shelter corporate malfeasance, the administration has whittled down the United States’ reputation as a global leader on extractive transparency.

But there’s more. In June of 2017, Trump announced that he’d abandon the Paris climate agreement. The deal, now signed by every country in the world, focuses on reducing greenhouse gas emissions by creating country-set targets, beginning in 2020. According to the agreement’s terms, Trump can unilaterally adjust the United States’ commitment, but he hasn’t. Instead, he’s said that the United States will continue to participate in Paris Agreement meetings while trying to negotiate a more favorable deal. As The Atlantic’s Robinson Meyer reported in August, “the only parts of the Paris Agreement which Trump can’t unilaterally adjust are the parts he is complying with,” because, technically, countries aren’t allowed to withdraw from the agreement until 2020. It’s as yet unclear whether Trump’s announcement will amount to anything, or if it’s just grandstanding.

Rather than protecting U.S. citizens and their lands, many of the administration’s policies have lined corporate pockets. Consider how, in November, the United States announced its intentto halt its participation in the Extractive Industries Transparency Initiative, an international measure aimed at providing citizens insight into their government’s extractive management. By withdrawing, the president will encourage secrecy in oil, gas, and mining payments on American lands, making it difficult, and perhaps impossible, for Americans to understand what, if anything, they’re receiving in return for their precious natural resources—and the environmental degradation caused by that extraction.

On top of that, despite strong opposition by those most directly impacted by the projects, just days after being sworn into office, Trump signed executive orders to advance the approval of the Keystone XL and Dakota Access Pipelines (DAPL). Barack Obama, during the previous administration, didn’t issue the presidential permits required for either pipeline and explained that the Keystone XL project wouldn’t lower gas prices, create long-term jobs, or affect U.S. energy independence. Trump, on the other hand, has promised that the pipelines will create 28,000 jobs for construction and steelworkers in the United States, though the majority of the pipeline has already been built and the pipe to be used for the remainder of construction already purchased from China.

Trump’s appointments to head energy- and environment-related agencies have also been quite controversial. Scott Pruitt, who denies climate change, was tapped to head the Environmental Protection Agency (EPA), an antagonistic pick, considering that much of his previous career was spent deriding, and even suing, the EPA. Indeed, since being installed, Pruitt has worked to steer the EPA to accommodate the needs of those it ought to regulate. Or, as The Washington Post’s Brady Dennis and Juliet Eilperin wrote in December, “he has moved to shrink the agency’s reach, alter its focus, and pause or reverse numerous environmental rules.”

In perhaps a more brazen appointment, Trump named former Texas Governor Rick Perry to head the Department of Energy. After forgetting the name of the department and saying that he’d “zero [it] out,” Perry believed that he was taking on the role of energy secretary as the “global ambassador for the American oil and gas industry.” He’s ridiculed developments in alternative energy, calling the advent of cars without internal combustion engines a “fairytale” that won’t be made real. Since assuming office, he’s committed numerous gaffes, but more importantly, he’s attempted to manipulate both the national and internationalenergy narrative to favor fossil fuel companies (more on that later).

Since Pruitt became head of the EPA, there’s been a string of dismissals, including scientists who have been removed from review boards, moves that have opened up positions for industry representatives. For instance, Albert Kelly, now a senior advisor at the EPA, is a former banker who’s overseen significant financial loss, been fined for financial malfeasance, and has almost no experience with environmental policy.

In addition to dismissals, there’s been a “mass exodus” of employees from these agencies, including approximately 700 departures from the EPA alone. These dismissals and resignations mean that these agencies will no longer be reviewed by qualified scientists and experts, but, rather, by hand-picked industry representatives who aren’t likely to scrutinize department activity and protect against environmental misuse.

And of course: The president’s dubious relationship with language, facts, and the truth is well-documented. The same is true for his administration’s approach to environmental policy, which has key implications for the state of public-facing climate science.

A study from Yale University’s Project on Climate Change Communication found that “communicating a simple fact about the scientific consensus on human-caused climate change … helped neutralize partisan-motivated reasoning and bridge the conservative-liberal divide.” Alternatively, by railing against scientific consensus, the president is able to fuel disagreement surrounding the issue of climate change.

For one, Trump has repeatedly tweeted the false idea that cold winter weather disproves the existence of anthropogenic climate change. A stream of scientifically disproven information from the commander-in-chief arguably has the potential to confuse an already complex scientific problem, particularly for those politically predisposed or motivated to distrust that science in the first place.

But the administration has taken it a step further. It’s attempted not only to confuse the science, but to stifle access to it altogether. It’s wiped mention of climate change and global warming from the websites of several government agencies. Further, it’s buried or completely done away with reports and full web pages related to climate science, including the EPA’s Clean Power Plan site and “Student’s Guide to Climate Change.” The administration also has prevented staffers from presenting climate-related research at conferences, quashed relationships between scientists and the press, and sought lists compiling names of employees working on climate issues. These efforts have had the effect of not only limiting public access to reliable, government-funded climate research, but also cutting off policymakers from the data necessary to make science-driven environmental management decisions.

Perhaps the administration’s most concerning attempt to control the optics of and policy related to climate change, though, was its removal of global warming from a list of threats to U.S. national security. The administration’s national security policy reads: “U.S. leadership is indispensable to countering an anti-growth energy agenda that is detrimental to U.S. economic and energy security interests. Given future global energy demand, much of the developing world will require fossil fuels, as well as other forms of energy, to power their economies and lift their people out of poverty.” By asserting U.S. “energy dominance” as foreign policy, Trump seems to want to situate the country as a leading net exporter of fossil fuels. This movie wouldn’t only increase tensions with Russia, who controls petroleum exports throughout Europe, but it’d also ignore and exacerbate the other numerous, legitimate national security threats that climate change poses.

One year on, the United States’ international standing on climate science has already taken a hit, and the environmental policy of previous eras has been set back anywhere from a few years to three decades. With the U.S. federal government taking a more regressive stance on climate issues, it will be up to other entities to generate net gains in the fight against global warming, at least in the immediate years ahead.

Luckily, there are already promising cases of institutions doing just that.

For instance, non-federal players across sectors have reaffirmed their commitment to pre-Trump standards and ethics. Despite U.S. law no longer requiring them to do so, some oil, gas, and mining companies have gone forward voluntarily with reporting and transparency efforts. Perhaps the most notable example of private-sector resistance came from Patagonia and REI, who allied with Native tribes to sue the government following the decision to downsize two Utah national monuments.

In addition, following the decision to back out of the Paris Agreement, a collection of governors, mayors, business leaders, and university presidents individually redoubled their commitments to the agreement on behalf of the states, cities, companies, and campuses they represent. The president’s move to rescind U.S. commitment to the agreement has been so motivating to individual U.S. actors that, as the former mayor of New York City Michael Bloomberg suggests, “cities, states, and corporations could achieve, or even surpass, the pledge of the administration of former President Barack Obama to reduce America’s planet-warming greenhouse gas emissions 26 percent by 2025, from their levels in 2005.” The unintended consequence of backing the United States out of the agreement, it seems, has been backlash so strong that it’s likely increased net resources allocated to mitigation and adaptation via these parallel pledges.

Despite corrosive backsliding, people from all over appear to be uniting in an attempt to preserve protective environmental standards. Here’s hoping that the president’s successor will still have an environment to save, rather than a memory to maintain.

(Aubrey Menarndt writes and researches on energy and governance. She is a Luce Scholar and holds degrees from the University of Oxford and Smith College. She has lived and worked throughout the former Soviet region and is now based in West Africa. Follow her on Twitter: @AubreyMenarndt. Luke Menard is a graduate of Yale University’s School of Forestry and Environmental Studies and Amherst College. He currently lives and works in the Sri Lankan rainforest, where he conducts research in tropical forest conservation, ecology, and agroforestry.)