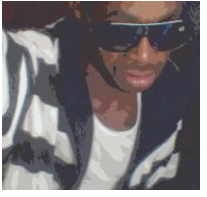 INSIDE INGLEWOOD-In September, Inglewood experienced two more remarkable deaths. One was a shooting homicide and one was a drug overdose.

The shooting victim, Inglewood resident Antwain McConnell (photo), 20, was a 2002 graduate of Morningside High School in Inglewood. The incident occurred on Sunday, September 14 at approximately 6:30 and was reported to the coroner at approximately midnight the same day. The 10200 block of South Dixon Avenue is just one block from Morningside High, Woodworth Elementary School and Monroe Middle School. All three schools are part of Inglewood Unified School District (IUSD).

The overdose took place one week later on Saturday, September 20 on the 3800 block of West 110th Street at approximately 3:45 a.m. The overdose victim’s name has not been released. Homicide has not been ruled out, and the case has been deferred by the L.A. County Coroner pending further investigation. According to a Coroner’s staffer, the victim ingested “a handful of pills” that “he could have been told was something other than the drugs they were.”

McConnell is the 35th shooting homicide victim in Inglewood since April, 2013. None of the murders have been solved.

“I don’t want to get hurt here,” said Brann. “I don’t know enough about present day Inglewood to know how good the chances are for that.”

Woodworth and Monroe have been and are expected to again be the sites for voters to cast their ballots in the upcoming November election. That election will include the Inglewood mayoral election.

All three schools are also a few blocks from the recently opened Forum Presented by Chase.

According to numerous articles in the LA Times and L.A. Business Journal, Madison Square Garden (MSG) purchased the Forum in January, 2013, with the assistance of an $18 million redevelopment loan that was pushed by Inglewood’s mayor, James T. Butts.

Butts, who is the former chief of police for Santa Monica and also served 19 years as an Inglewood police officer, is up for reelection in November.

(Randall Fleming is a veteran journalist and magazine publisher. He has worked at and for the New York Post, the Brooklyn Spectator and the Los Feliz Ledger. He is currently editor-in-chief at the Morningside Park Chronicle, a weekly newspaper based in Inglewood, CA and on-line at www.MorningsideParkChronicle.com.  Mr. Fleming’s views are his own and do not reflect the views of CityWatch.) Photo credit: Randall Fleming