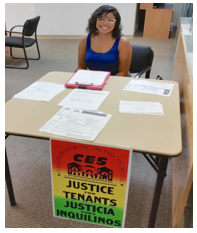 VOICES-For homeowners in Southern California, the housing recovery has been pretty kind. For renters, not so much.

New figures highlight the growing gap between owners and renters in the Southland: Many homeowners are capitalizing on low interest rates to push down their monthly payment while renters are shelling out larger shares of their income to stay afloat.

And the ranks of renters are growing.

The data, released Thursday by the Census Bureau, show that the median monthly mortgage payment for a homeowner in metro Los Angeles - L.A. and Orange counties - was $2,241 last year. Adjusted for inflation, that figure has fallen 17.7% since 2007. And the share of homeowners spending at least 35% of their income on housing - a common barometer for affordability - has fallen sharply in the last few years to 30%.

Meanwhile, median rent in the area has outpaced inflation by 2.3% since 2007, and the share of renters who spend 35% or more of their income on housing has climbed to just above half. That large burden is partly a function of higher prices for apartments, housing watchers say, and partly of incomes that have been stagnant for years.

"This trend has been going on for some time. Generally it's an issue of income," said Larry Gross, executive director of the tenants group the Coalition for Economic Survival. "Renters are a little younger or very low income. They're earning less, and their rent burden is increasing."

By some measures, metro LA is the nation's least-affordable rental market. A study issued last month by UCLA made that claim, noting that although rents and home prices in metro L.A. nearly match costlier markets such as San Francisco and New York, typical incomes in metro L.A. are significantly lower.

That finding was reinforced by Thursday's census numbers, which found median household income in metro Los Angeles last year was $58,869, 10.5% less than metro New York and 26% less than in the Bay Area. And although incomes in metro L.A. grew 1.4% last year, they're still down 10% from 2007 when adjusted for inflation.

"There has been a [long-term] problem of both decreasing real income and increasing real rent," the study's co-author, UCLA urban planning professor Paul Ong, wrote in an e-mail.

Adding to the challenge: more demand for rental units, including from former

homeowners who lost their properties to foreclosure. Thanks in part to the mortgage crisis and in part to young adults putting off buying, the region's homeownership rate has fallen from 52% in 2007 to 48% today, and the number of owner-occupied homes has dropped by 115,000.

Some of those houses have been bought by investors and converted to rental units. But construction of apartments, Ong noted, hasn't kept up with the growing demand.

There has been "low and uneven construction of rental units. Too few at affordable levels," he wrote. The "standard economic dynamic of increasing demand and inelastic supply."

Those who managed to own a home through the downturn, though, have fared well because of several years of near-record-low interest rates. Since 2009, about 28 million mortgages have been refinanced into lower rates, said Len Kiefer, deputy chief economist at lending giant Freddie Mac.

"We've had a couple of years of almost unprecedented low interest rates now," Kiefer said. "Millions and millions of households have locked in those rates and lowered their monthly payments."

In addition, home values have climbed 40% in the last two years, nearly back to pre-crash levels in parts of the Southland, and many homeowners who weathered the downturn are now in relatively healthy financial shape, he said.

For many renters, the prospect of just holding on to what they've got can be daunting.

But that's what Maritza Guzman (photo above) is hoping to do.

Guzman has watched over the last year as the East Hollywood apartment building where she and her mother have lived for 22 years has emptied out. New owners are planning a major overhaul, she said, and offering longtime tenants - many in rent-stabilized units - cash to leave. All but four apartments are now vacant, and Guzman said she thought hard about taking the $30,000 she and her mom were offered. But she looked around, saw nothing on the market even close to the less than $900 a month they pay now, and realized that the money wouldn't last more than a couple of years.

And, although she would rather own than rent, even if she combined that $30,000 check with her mother's Social Security and income from her job as a preschool teacher and three other part-time gigs, Guzman said, there's no way they could afford to buy a house right now.

So Guzman is hoping to reach an agreement with her landlord for an apartment in the building after renovations are complete, to hold on as a renter as long as she can.

(This report provide CityWatch by Larry Gross and the Coalition for Economic Survival.)