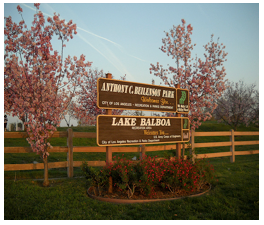 PERSPECTIVES-Everyone likes to make fun and criticize the San Fernando Valley (SFV).  One of my CityWatch colleague’s, Ron Kaye, wrote a very dispiriting article in CityWatch last Friday about the demise of the SFV. I have great respect for Ron Kaye … he is a great journalist but if I want to be depressed I read one of his articles …articulate always …  but real “downers.”   Although, his recent article on Austin Beutner’s new publishing role was for Ron…positively glowing!

As the “Pollyanna” of CityWatch, or at least more optimistic than many of our scribes, I take exception to Kaye’s opinion of the San Fernando Valley.  I’ve lived here over fifty years and still love it!

Although most of the time I write about the good, bad and ugly of the Neighborhood Council System, today I am going to deviate and discuss with you why I love living in the SVF, especially now that we have electric lights and indoor plumbing.

I grew up on the Westside and to be honest until I got my first job on a magazine in Downtown LA my world was pretty much bounded by Fairfax to the East and Sepulveda to the West.  We had family friends who lived in Encino (north of Ventura) and it was an all day outing to visit them, twice a year.

There was no 405 and it was really very daring and almost scandalous when one of my dates drove to Barone’s Pizza in Sherman Oaks.  I was afraid to tell my parents I had gone that far.

Raising a young family was idyllic.  The schools were new and enthusiastic and parents participated.  PTA was a “must.” Returning veterans could get reasonably priced houses but SFV was still, as some said, a series of suburbs looking for a City.  Those that wanted the pastoral existence moved further North and West.

From Chatsworth to Sunland Tujunga there is still open space, horse trails and a sense of living in the country. We still went “over the hill” if we wanted a really good restaurant and shopping.  When the 405 opened in the sixties…it was almost perfect.

Power was centered downtown and the Valley did get short changed on City services while providing more than its proportionate share of revenue to the City.  Busing was a disaster not just for SVF but also all over the City.  Because the SVF was so spread out kids would ride the bus for an hour or more.  The idea had merit but it was not well thought out.  Activists got fed up being ignored and the move to become our own City was born.  Today there are still those that feel we get short changed.

Unfortunately, or in retrospect it was fortunate, the proposition for secession was voted on Citywide.  SFV provided so much revenue that opponents had a relatively easy time convincing communities other than SVF to vote “NO”.

There are varying opinions as to how the Neighborhood Council System was established.  Some say it came from the secession and it was Mayor Hahn’s way of appeasing the SFV.  Others say it originated with Councilman Joel Wachs.  Regardless, the “Valley” changed from being strictly suburbia to a more sophisticated series of enclaves.

I think the development of Warner Center was a big plus. Westfield had to fight a lot of battles with the Woodland Hills Home Owners Association and the Neighborhood Council.  It created jobs, increased the value of the surrounding real estate and improved the lifestyle of the majority of those living in the West Valley.  Other major developments were built in other SFV areas.  The SFV is 220 square miles … as large as the City of Chicago.  It became ethnically diverse and housed every religion.

Ron Kaye complained about Warner Center.  I take the opposite view.  I love having upscale as well as popular priced retail establishments so I don’t  have to drive “over the hill”.  Yes we have really hot weather for three months out of the year but our days of sunshine and 75 degrees are the norm.  We get Cherry Blossoms at Lake Balboa in the spring, and lots of trees turning colors in the autumn.

Whereas young newly married's would buy starter track homes now single people are either renting or buying town homes and condos.   They used to say that one could roll up the streets after 9:00 p.m. but that is no longer true.  There is something satisfying about seeing people riding their bikes, sitting in sidewalk cafes, walking…yes walking on the street. 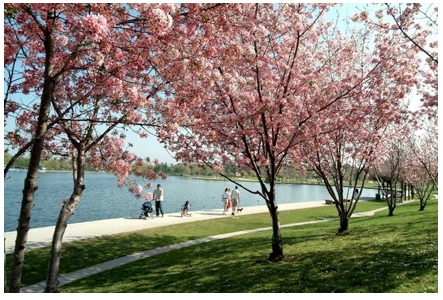 So the urbanization did not happen overnight.  Yes, we have horrible traffic and as one of my regular readers said “What are the plans for the 101?  Why can’t we have car pool lanes? Where is the money allocated to improve transportation in the Valley?”  Prices for comparable houses in the upscale parts of the City are still more than in the Valley, but no longer half.  One doesn’t have to go over the hill to receive expert medical care.  There are some really good restaurants, admittedly not as many as in “The City” but that too is changing.

When I had the opportunity to return to “The City” I chose to remain here.  We pioneers have established roots.  Our children have grown up here and many of them return to raise their families.  I still get a thrill coming down the 405 and seeing the Valley spread out before me.

I think the skyscrapers add an interesting skyline to what used to be rather boring tracks.  How great to be able to walk to work.  The Valley Cultural Center’s sponsorship of free “Concerts on the Green” enables families to enjoy the wonderful balmy Valley summer nights with friends and family. Even Shakespeare in the Park made an appearance this summer at Los Encinos.

This was the park that was saved by private donations.  We have a plethora of non-equity play houses and modern movie houses.  There are many Senior activities throughout the various areas. Northridge State College is one of the best, and our Community Colleges offer a wide variety of courses along with the Valley Occupational Center.  There are many such offerings of intellectual pursuits; pockets of galleries and in my personal, obviously biased opinion, NOHO can be compared very favorably with Silver Lake.

If this sounds like an advertorial by the Valley Chamber of Commerce…consider it my “love letter” to a place that gets more than its share of criticism and mostly bad jokes.

This wouldn’t be CityWatch if we didn’t discuss the political part of the Valley.  It is not entirely liberal or conservative.  I don’t have any hard statistics but I would think that there are more people crossing over to vote the person not the party.  Whereas in past years we were relegated to second-class citizens…that is no longer true!  Our Council Members are all out and about in their areas.  The Mayor grew up here and in the first year has been seen more than our previous Mayor did in eight years.  His initiatives seem to be spread proportionately across the City and Valley.  I am still cautiously optimistic.

Our political system feeds on special interests.  But then again are special interests always bad?  What about the environmental groups lobbying for clean water, conservation etc.?  Council member Bob Blumenfield is certainly no lightweight and his push to get the entire City “wired” has started with parks in various areas being earmarked.  His cause will not just benefit the SFV but the entire City.  That could be called a “special interest.”

Yes, the lobbyists will always fill the campaign coffers and push for over development.  That is where the various Neighborhood Councils weigh in through their Land Use Committees.  Even there, diverse opinions are common from those who don’t want roof signs or any kinds of development, to those who want everything.

We have our fair share of failing schools and gang activity, yet El Camino Real High School has captured the national Academic Decathlon several times.  The San Fernando Valley is a work in progress.  It will continue to change and grow in ways we can’t imagine. Complacency is the enemy.  We need to improve our voting involvement.  Parents need to be more involved in our schools.  How do we solve our street repair issues?  Will Valleyites give up lush lawns for drought resistant landscapes?  Lots of questions … and not just one answer.

I don’t think the SVF is “going to hell in a wheelbarrow”.  I think our future is bright and I love living here, just as I love being part of this gritty, beautiful, challenging, ethnically diverse, creative, traffic choked City of Los Angeles.

As always comments are welcome.

(Denyse Selesnick is a contributor to CityWatch covering activities, policies and foibles in NC Land.  She is Co-Chair, Program Committee for the LA Neighborhood Congress to be held September 20 at City Hall, and a former officer and Board member of the Tarzana Neighborhood Council.  She can be reached at DenyseSelesnick@yahoo.com)