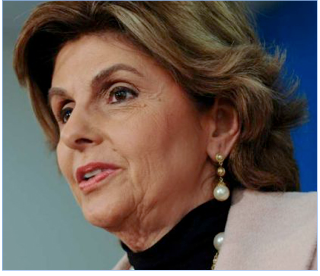 ELDER TALK-I'm old enough to remember when only black people called black people "Uncle Tom." Democrats, however, long expanded the category of who can play the race card and on whom. Call them equal opportunity race-card players.

Rep. Steve Israel, D-N.Y.: When recently asked if his Republican colleagues were racist, Israel responded, "Not all of them, no. Of course not. But to a significant extent, the Republican base does have elements that are animated by racism." “Not all” implies one or more is “animated by racism.” He never bothered to name names, let alone what “animated” the racist(s). The host did not ask.

Sen. Jay Rockefeller, D-W.Va.: Only days ago, the soon-to-retire senator said that he can now speak out about the number of Republicans who oppose President Barack Obama because of his race: "It's an American characteristic that you don't do anything which displeases the voters, because you always have to get reelected here. I understand part of it. It has to do with -- for some, it's just we don't want anything good to happen under this president, because he's the wrong color."

Former Florida Gov. Charlie Crist, now a Democrat:  Crist recently said that “a big reason” he switched parties was because of the way “some” people in his former party -- Republican -- treated Obama: “I couldn’t be consistent with myself and my core beliefs, and stay with a party that was so unfriendly toward the African-American president.”

Feminist attorney Gloria Allred (photo), Democrat: After the election of George W. Bush in 2000, Colin Powell and Condi Rice, formerly with the Reagan administration, were considered likely to join the new administration. Allred, who then hosted a Los Angeles radio show, referred to them (not by name) as “Uncle Tom types.”

Former President Jimmy Carter, Democrat:  He attributed opposition to Obamamcare and other Obama policies to racism. “I think an overwhelming portion of the intensely demonstrated animosity toward President Barack Obama,” said Carter, “is based on the fact that he is a black man, that he's African-American. Racism ... still exists, and I think it's bubbled up to the surface because of a belief among many white people, not just in the South but around the country, that African-Americans are not qualified to lead this great country."

CNN’s Anderson Cooper: When asked by embattled Clippers’ owner Donald Sterling whether there’s much prejudice in America, CNN’s Anderson Cooper replied, “Yes. … There’s institutional prejudice” in addition to the kind “that people have in their hearts.”  In fairness to Cooper, Sterling did not ask him to name any “institution” -- but it would have been helpful.

The Republicans-hate-blacks narrative remains crucial to maintaining the monolithic 95 percent Democratic black vote, without which the Democratic Party cannot succeed. Economist Thomas Sowell writes, “If Republicans can get just a fourth or a fifth of the black vote nationwide, that can shift the balance of power decisively in their favor.” As recently as 1956, nearly 39 percent of blacks voted Republican in the presidential election.

The next time a Democrat or member of media speaks darkly about these anonymous Republican “racists,” ask this question: Don’t Israel and Rockefeller, currently in office, have a duty to “out” these racists?

Why allow known bigots to remain in government? Doesn’t morality require Crist, running as a Democrat for his old job as governor of Florida, to identify and help remove these racist elected officials?

Aren’t these Republican “racists” -- whose IDs are being protected by their Democratic colleagues -- detrimental to the interests of the nation and serving in violation of their oath to protect and defend the U.S. Constitution? Doesn’t this oath mean protecting and defending the rights of all constituents irrespective of race -- and exposing the “racists” who refuse to do so?

Why protect them? Why conceal their identities? Out the SOBs!

But, no. Democrats would rather just brand unnamed Republicans as "racist," no matter how absurd or outlandish the charge. Given this tepid five-year-old “recovery,” the Obama-loving/leftist media/academia/Hollywood crowd cannot, during this off-year election cycle, brag about economic growth.

So look for more topic-changers like “income inequality,” climate change and the eternal struggle against the unknown “racist” obstructionists who sit across the aisle.