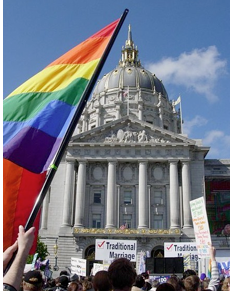 CIVIL RIGHTS - Thursday, the Bipartisan Legal Advisory Group (BLAG) of the U.S. House of Representatives, which is defending DOMA in court after the Justice Department decided not to, filed a new brief with the Supreme Court in the case of Windsor v. USA, reaffirming its position that Windsor is not the correct DOMA case for the high court to take up.