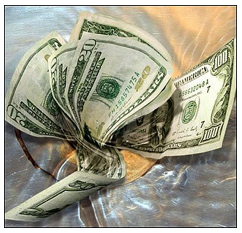 LA WATCHDOG - The Department of Public Works, Bureau of Sanitation has once again amended its request to increase our Sewer Service Charge by lowering the rate of increase.

Last year, the Bureau of Sanitation proposed to increase our rates by 9% a year for the next ten years, resulting in a five year increase of 54%.

However, after at least three alternative proposals, the current request is for an increase of 4.5% for each of the first two years and a 6.5% bump for each of the next three years.  The five year increase is 32%, a significant improvement from the original request and the previously reported increase of 40%. (Link)

Ratepayers recognize that our sewer fees will be higher, especially since the Board of Public Works did not have the political courage to increase the fees over the last three years to fund the maintenance and repair of the sewer lines and treatment plants, the higher staffing and pension costs, and the environmental mandates, including the onerous requirements mandated by the Collection System Settlement Agreement.

Following the lead of Ron Nichols and the Department of Water and Power, the management of the Bureau of Sanitation has taken a proactive approach in “reaching out” to the public, making numerous power point presentations to many civic groups, including over 35 Neighborhood Councils. (Link)

We have also been asked to look at impact on the “average” LA family which understates the increased cost to the owners of single family residences and commercial establishments.

Nor do we have a good understanding as to the efficiency of our wastewater system, other than what the Bureau of Sanitation tells us.

In the 1990’s, Councilmen Joel Wachs and Hal Bernson called for an independent audit of the sewer system because of the ever increasing rates.  That recommendation makes even more sense today, especially given the constantly changing rate increase proposals and the concurrent increases in our water and power rates.

There is an excellent precedent for such an audit.

Last year, the City Council retained PA Consulting to analyze the DWP’s request for an increase in the Energy Cost Adjustment Factor.  And fortunately, this excellent review and analysis provided the Energy and Environment Committee, the City Council, the Mayor, and the Ratepayers with an extraordinary insight into the operations and finances of our Department of Water and Power.

And as strange as it may sound, the transparency created by the PA Consulting report also benefitted the DWP and its relations with its Ratepayers and the Neighborhood Councils.

There is also the matter of the lack of trust and confidence in the politically appointed, well paid Board of Public Works, an opaque, $2 billion organization that has cost Angelenos billions due to its abject failure to maintain and repair the City’s infrastructure such as our lunar cratered streets, crumbling sidewalks, and often unreliable street lights. (Link)


Rather than blessing a multiyear increase in the Sewer Service Charge, the City Council should recommend and approve a one year rate increase of 4.5%.  The Council Members should also authorize an in depth independent audit to review and analyze the operations, finances, and management of the $500 million a year wastewater system and Sewer and Construction Maintenance Fund.

For its part, the Bureau of Sanitation and the Board of Public Works should proactively develop a better working relationship with the citizens of Los Angeles by entering into a Memorandum of Understanding with their residential and commercial Ratepayers.

The proposed increase in our Sewer Service Charge is an excellent opportunity for the Board of Public Works to begin to establish a constructive relationship with its ratepayer constituency. This is not the time to use brute political force to jam through a rate increase.  Rather, it is time to start the dialogue.

(Jack Humphreville writes LA Watchdog for CityWatch He is the President of the DWP Advocacy Committee and the Ratepayer Advocate for the Greater Wilshire Neighborhood Council. Humphreville is the publisher of the Recycler -- www.recycler.com. He can be reached at:     lajack@gmail.com ) –cw