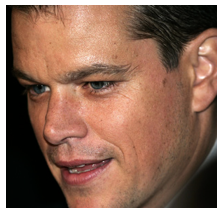 The reverberations are still being felt by union members across the country. Prior to the PATCO bust, firing strikers and filling their vacancies with permanent replacements was a fairly risky maneuver, one that had been done sporadically and gingerly. But after PATCO, it became -- if not standard procedure -- a more or less dependable Plan B.

Because the strike of these federal workers was technically illegal, Reagan had the right to fire them. However, the simple act of firing a group of federal union members didn't have to change the national consciousness regarding organized labor, and it certainly didn't have to usher in an era of brutal anti-unionism. But it did. Indeed, since the PATCO smackdown, the American labor movement hasn't been the same.

And the reason it hasn't been the same can be expressed in one deadly, three-syllable word: perception. Perception is everything. The Republicans roll over President Obama because they perceive him as gutless; the so-called Arab Spring occurred because Middle Eastern citizens perceived revolution to be in the air; and when PATCO got dumped, the perception was crystal clear: Labor was now vulnerable.

It's been said that because the U.S., unlike England, doesn't have a king or queen, it looks to movie stars as its royal family, and there's some truth to that wry observation. Americans adore movie stars. But more significantly -- and more potentially useful -- Hollywood is, politically, very liberal. And not just the actors, but also the directors, the writers, the agents and the producers. The movie business is a hotbed of leftist politics (at least in the sense of what passes for "leftist" today).

Although there are many socio-economic truths that cry out for dissemination, four seem most obvious: (1) Trickle-down economics is a hoax. Those who insist that giving tax breaks to the rich will result in jobs are lying. All we're doing by not raising tax rates on the rich is losing trillions in revenue. (2) Today's tax rates are the lowest in 80 years. (3) The middle-class is being eviscerated. And (4) the only institution capable of resisting the crushing downward forces on the wage market is organized labor.

These four facts need to be driven home forcefully and repeatedly. But instead of relying upon the likes of Paul Krugman, Ralph Nader, Lawrence O'Donnell, Keith Olbermann, Robert Reich, Rachel Maddow, et al (who, as accurate and persuasive as they may be, are, alas, often preaching to choir) this information needs to be disseminated by Hollywood -- by people Americans, young and old, idolize -- by Matt Damon, Ben Affleck, Cameron Diaz, George Clooney, Edward Norton, Natalie Portman, Shia LaBeouf, etc.

The top tax-bracket is 35-percent, and that rate doesn't kick in until you earn $379,150. And while every movie star (not actor, but movie star) is in the top bracket, you don't hear them bitching about taxes the way you hear Wall Street bitching. That's because Hollywood is fundamentally leftist; it's also because, after deductions, no one is paying 35-percent. As Robert Reich has aptly noted, the top twenty-five hedge fund managers in 2007 earned a minimum of $1 billion each, but averaged only 17-percent in income tax.

So what's stopping the industry from doing what Matt Damon recently did [link] when he came out publicly in favor of the public teachers union, and people actually listened to him? What's stopping these leftist-liberal-progressive movie stars from flooding the airwaves and spouting the relevant statistics that will put the lie to this evil propaganda?

It could be timidity, it could be fear, it could be apathy, or it could be something as minor as not knowing what the proper forum would be. But it shouldn't be fear that prevents them. After all, people aren't going to stop watching movies because their favorite actors tell them things they resist hearing.

People aren't going to boycott Ironman because Robert Downey, Jr. exposes Wall Street for the greedy bastards they are.

President Obama tells us the rich aren't paying enough taxes, Rachel Maddow tells us, Nader tells us, Krugman tells us, and our history books clearly show that tax rates have plummeted, yet the Tea Party continues to attract an audience with its anti-tax rhetoric.

Arguably, the only hope of neutralizing this propaganda is to have Tom Hanks and Brad Pitt go on TV and expose the lies. Hollywood needs to step up to the plate.

(David Macaray, a Los Angeles playwright and author ("It's Never Been Easy: Essays on Modern Labor"), was a former union rep. This article was posted first at huffingtonpost.com) -cw