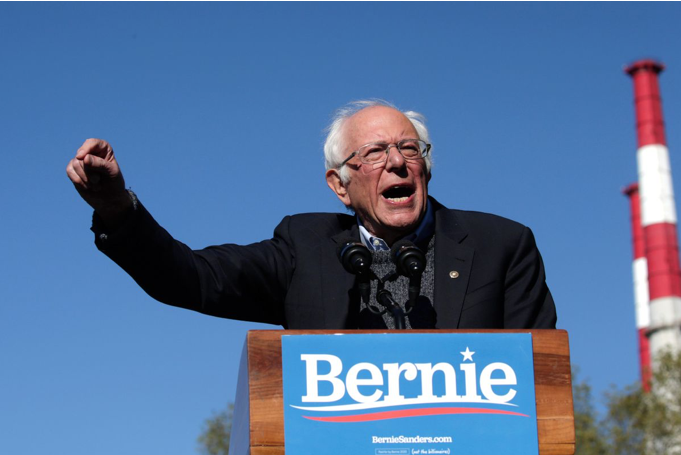 Sanders, a longtime supporter of marijuana legalization, unveiled a plan to make that happen if he's elected president. Specifically, he'll legalize it during his first 100 days in office, as well as enact a plan to ensure the weed industry doesn't end up like big tobacco, his marijuana plan posted at 4:20 p.m. Thursday explains.

Sanders rolled out his plan along with some marijuana statistics, including how "African Americans are nearly four times as likely to be arrested for marijuana possession than white Americans" despite roughly equal marijuana use. That fact is at the heart of the need for criminal justice reform in the U.S., Sanders writes, and it's why he's making marijuana legalization and expunging past weed convictions his top priority.

So in his first 100 days in office, a President Sanders would nominate an "attorney general, HHS secretary, and administrator for the DEA" who back his reform goals. He'd then "immediately" issue an executive order to the attorney general so they "declassify marijuana as a controlled substance," and later focus on "legislation to ensure permanent legalization of marijuana." Next up, Sanders would create a system to "vacate and expunge" all federal and state marijuana convictions. Sanders also has pledged to ensure revenue from legal marijuana benefits areas hit the hardest by its illegality, and introduced steps to "ensure legalized marijuana does not turn into big tobacco."