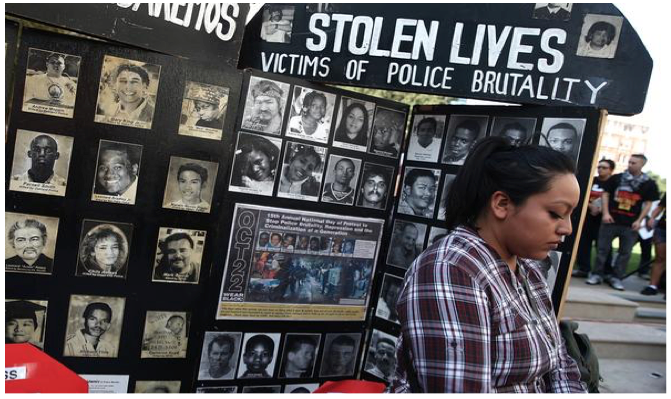 POLICING THE POLICE-News reports last week suggest the city of Oakland may be ready to settle a civil lawsuit filed by the teenage woman at the heart of a sex-abuse scandal that rocked Oakland’s and other nearby police departments since 2015.

All things considered, the city is fortunate. The reported settlement is just under $1 million, far below the $66 million she had originally sought.

But the proposed settlement highlights a troubling fact that rarely is discussed: The high cost that allegations of police misbehavior impose on taxpayers. Police unions and agencies depict these costs as the price of doing business, but that’s not the full story. There always will be lawsuits, of course, but California’s union-dominated system protects bad actors from punishment and makes such lawsuits far more likely.

Union-authored protections such as the Peace Officers’ Bill of Rights make it difficult to fire misbehaving officers. They stay on the force; their influence festers. Often, a tiny number of officers are subject to multiple lawsuits, yet their disciplinary problems are cloaked in secrecy. Thanks again to union rules, accused officers receive full pay and benefits during investigations – and the public rarely gets to learn how complaints are resolved. Departments find it too costly and difficult to remove troublemakers, so they usually stay on the force.

The situation is reminiscent of the state’s public schools. Most teachers perform honorably, but the power of the teachers’ unions has resulted in a long and costly firing process that allows incompetent teachers to drag out appeals for years as they continue to be paid. The root of the problem is the same in both professions: powerful public-sector unions that put the protection of their members above the protection of the public.

The Oakland situation is shocking in that it involves allegations against 28 officers in the San Francisco Bay Area. “The woman, who used to go by the name Celeste Guap, has accused multiple Oakland police officers, as well as officers in other East Bay departments, of having sex with her, some while she was a minor and others in exchange for giving her confidential police information or protection,” according to a recent summary in the East Bay Times.

Instead of helping a potential teen victim of sex trafficking, some police officers in multiple departments allegedly passed her around for sex. One “officer is accused of extorting sex from Guap in exchange for tips about local stings, giving her advice on how to better market herself in the sex trade, and encouraging other officers to get in touch with her,” according to a report in Reason.

There have ultimately been some punishments – but they were long in coming and most seem like a slap on the wrist given the seriousness of the allegations. For instance, only four officers in Oakland were fired. One received counseling and several others received unpaid suspensions.

According to Reason again, “An investigation of officers in Contra Costa County led to the district attorney admitting that ‘several police officers had sexual relations with an admitted prostitute’ but decided not to press charges because ‘none of the sex was in exchange for money or anything of value.’” Apparently, boys will be boys.

The few officers who have been tried faced mostly minor charges – and many were dropped. One officer pleaded no contest to lewd conduct in public. One former police officer faces charges of felony obstruction of justice and misdemeanor prostitution. The scandal has led to turnover in the Oakland chief’s position, but most of the officers allegedly involved here will continue to serve as police officers.

City officials declared that these punishments prove the department is serious about misconduct. But as Fox News reported, “The Oakland Police Department is no stranger to scandal. Since 2003 a federal monitor has been in place to ensure the department complies with a negotiated settlement agreement stemming from a police corruption scandal.”

Officers were accused of planting evidence. None were convicted (although Fox reported that one fled and remains at large), but Oakland “paid out more than $10 million to more than 100 plaintiffs and agreed to make reforms, eventually ending up under federal monitoring.” Once again, city taxpayers foot the bill for such bad behavior.

At least in the latest Oakland situation there were some firings. In Santa Ana, a hidden video apparently shows officers raiding a medical-marijuana shop in 2015, with some allegedly taking and eating snacks and a couple of them allegedly making disparaging remarks about a disabled woman, and with one allegedly destroying or damaging some of the store’s surveillance cameras.  The video is disturbing. The city tried to fire three officers, but the personnel board (and a judge) reinstated one officer and is considering reinstatement of the others. The three officers have pleaded not guilty to misdemeanor charges related to the incident.

It was another example of how this union-controlled process makes it nearly impossible to fire officers – even those starring in troubling videos. The city agreed to pay $100,000 to the pot shop – a cost borne, of course, by taxpayers. As the Voice of OC reported, “The pot shop raid was not the first time (Officer Brandon) Sontag’s conduct cost the city. In 2011, the city agreed to a $2.45 million settlement of a case brought by the family of a woman Sontag shot and killed after a high-speed car chase. And before that, the city paid $100,000 to settle a lawsuit filed after a video showed Sontag ramming his squad car into a fleeing suspect.”

Police misconduct is not primarily a problem of finances. How does one put a price tag on the harm caused to its victims, or to the way it undermines the integrity of the justice system? (For instance, would you want any of those Oakland officers dealing with your children on their beat? The East Bay Times quoted Guap saying she slept with some officers while she was underage. “A lot knew I was underage because they nicknamed me ‘juve,’ which is short for juvenile,” she told the newspaper.)

But the financial costs are not insignificant. They may pale in comparison to the fiscal problems caused by, say, the public pension or disability systems, but they add up – and contribute to the budgetary problems faced within departments and by cities in general.

According to a review in Huffington Post, here are what some big cities spent on misconduct cases over a recent decade: Boston, $36 million; Chicago, $521 million; Los Angeles, $101 million (over nine years); New York, $340 million (over five years). That single $1 million settlement in Oakland is not that large a percentage in a city with an annual police budget of around $275 million, but the article found that the city spent $74 million in misconduct cases over 14 years. And these dollars don’t include the millions spent on oversight, legal fees and other related costs.

Civil lawsuits were never designed to be the primary means to hold accountable government officials or to force agencies to enact meaningful reforms. The tort system plays a role, but is not the oversight system of first resort. Yet because it’s so difficult to fire or discipline police officers, victims of alleged abuse must turn to trial attorneys to secure some restitution – or justice. Let’s not forget that these settlements aren’t “free.” The cost ultimately falls on taxpayers.

(Steven Greenhut is contributing editor for the California Policy Center on whose site this piece was first posted. He is Western region director for the R Street Institute. Write to him at sgreenhut@rstreet.org.) Prepped for CityWatch by Linda Abrams.