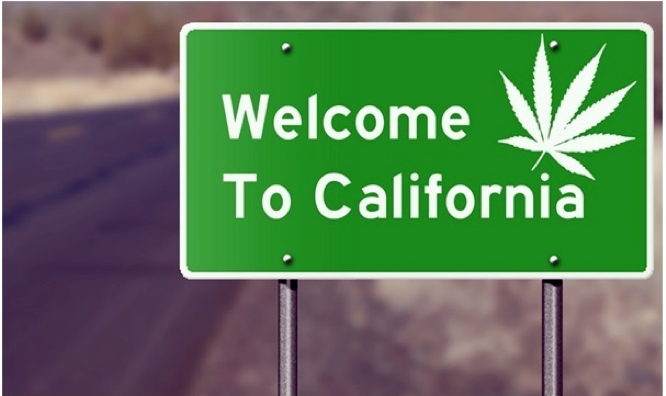 GOLDEN STATE’S NEW INDUSTRY--If you’ve got more than a few questions about California’s new recreational cannabis policy, you’re certainly not the only one. Millions somewhat naively expected to wake up January 1 with a booming recreational cannabis industry blossoming all around them. In reality, things aren’t nearly as simple.

Quite to the contrary, Proposition 64 is a 62-page-long document that goes into immense detail as to how, when and by whom the new commercial cannabis industry will be controlled. It’s a pretty complex document to say the least, but for the most part, it doesn’t have a great deal of relevance to the average citizen. Or cannabis tourist, for that matter.

While things are never quite as black and white as they seem, it’s nonetheless possible to condense the most important elements of Proposition 64 to a much smaller, more digestible guide. Which will undoubtedly emerge at some point in an official form at, but in the meantime we figured we’d lend a helping hand. Whether you live in California or are planning to pay The Golden State a visit in the near future, there are certain things you really need to know about the new cannabis policy.

All of which counts double if you have any intention of selling the stuff, which for the time being at least simply isn’t going to happen. At least, not if you plan to do so legally, anyway.

The new law only applies to adults aged 21 and over

First up, not to mention most obviously of all, the newly implemented cannabis legislation in California applies exclusively to adults. Specifically, the possession and use of cannabis is only legal for those aged 21 and over. If you meet the minimum age requirements, you are now legally permitted to buy and carry on your person up to 28.5g of cannabis for recreational purposes. If you are caught carrying more, you could be hit with an on-the-spot fine of up to $100. Anyone under the age of 21 is not permitted to purchase or carry any amount of cannabis for any reason, including transportation purposes.

For the first time, those preferring not to hand over their hard-earned cash for recreational cannabis now have the freedom to grow their own. Specifically, anyone residing within California is legally permitted to grow up to six cannabis plants, for their own personal consumption. . So there’s never been a better time to head over to Seed Supreme and stock up. While it is only legal to carry 28.5g of cannabis on your person when leaving your property, you can nonetheless hold onto your entire harvest at home, regardless of how much your six plants produce.That said, landlords still have every right to prohibit cannabis cultivation – thousands of whom are already doing exactly that.

For the most part, the rules with regard to smoking cannabis in public places are now exactly the same as those involving tobacco. Which generally means as a rule of thumb that you cannot smoke cannabis in the vast majority of public places, shy of a specific public ordinance and clear permission to do so. It is also illegal for cannabis to be smoked within 1,000 feet of any school, youth centre, day care centre or similar establishment.

Of course, getting baked before driving or smoking cannabis behind the wheel remains 100% illegal and is being clamped down on state-wide. However, it’s important to note that even if you yourself aren’t touching the stuff, it is still illegal to allow anyone else in your car to light up. Which also applies to vehicles that are stationary, along with boats, aircraft, motorcycles and so on.

If you break the rules, you’ll get a fine

Generally speaking, anyone found to be flouting the rules when it comes to prohibition of cannabis consumption in public places will be liable for a fine up to a maximum of $100. Should the offence take place anywhere tobacco is prohibited, the fine can go as high as $250. In both instances however, the incident will not be noted on the individual’s criminal record. As a means by which to demonstrate that they are taking new cannabis legislation seriously, it is widely expected that lawmakers will be particularly heavy-handed when it comes to doling out punishments during the initial months following legalization.

Commercial cannabis will be kept away from kids

One of the most important focus points of Proposition 64 is that of outlining exactly how cannabis and cannabis products will be kept away from teenagers and children. Various measures have been outlined, which include the requirement for cannabis products to be packaged in a manner that does not appeal to children, all marijuana products being supplied in child-resistant packaging and the prohibition of supplying cannabis products of any kind to anyone under the age of 21 under any circumstances.

There won’t be any TV commercials for weed

Falling largely under the same legislation as tobacco, there will not be any televised commercials of any kind for cannabis or cannabis products. In addition, any kind of marketing that is permitted for cannabis will be highly scrutinized and must be able to demonstrate that it will not appeal to anyone under the age of 21. Advertisers and marketers will also be unable to betray the use of marijuana as positive or a glamorous in front of influential audiences.

You can’t just grow your own and sell it on

One of the key arguments behind Proposition 64 and the cannabis legalization movement in general is the way in which regulated distribution can drive drug dealers off the streets. As such, Proposition 64 clearly states that while growing, using and purchasing cannabis from licensed vendors is legal, selling the stuff yourself most certainly isn’t. If you have any intention of selling cannabis at any level, you will first be required to obtain the required licensing, pay the necessary fees and ensure you are satisfying applicable taxation requirements. Which is, of course, where things become extremely complicated.

However, if you’re feeling generous or simply have too much stockpiled away at home, actually giving cannabis away as gifts in reasonable quantities is legal.

If you don’t get a license, you’re in trouble

Choose to sell cannabis at any level without the required licensing and you could be in for a fine of around $500, or perhaps even six months behind bars. Proposition 64 states clearly that anyone involved in any kind of commercial cannabis activity at any level that is not fully authorized will find themselves in serious bother. Along with potential jail-time and steep financial penalties, those busted breaking sales and distribution laws will also have to watch their entire crop being destroyed and disposed of.

It’s going to take some time

Last up, anyone with the intention of visiting California over the coming months to dive into dispensaries on every street corner might want to consider delaying their vacation. The reason being that while Proposition 64 passed and the new laws are now in effect, actually setting up the commercial licensing and distribution system is going to take some time. Probably January next year, at the earliest. Which is something that’ll likely prove even more frustrating for those looking to get into business than members of the cannabis community out to indulge.

(Pausali Das is a writer whose work appears occasionally at Huff Post)  … where this analysis was first posted.)