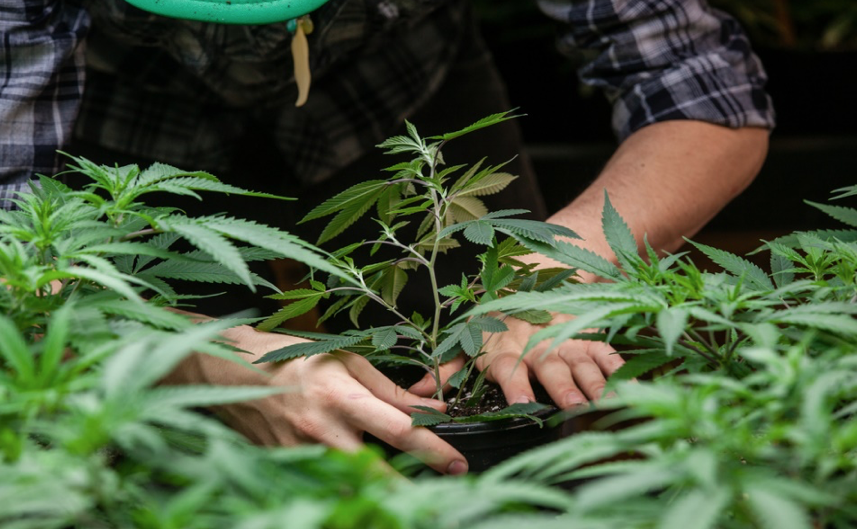 OTHER WORDS-Like nearly all Americans of a certain age, I was told in school that tobacco, alcohol, and marijuana are gateway drugs — and that is why marijuana should remain illegal.

First of all, even if you accept that these three substances are “gateways” to something worse, why is it that adults can use alcohol and tobacco legally, but not marijuana?

This is particularly outrageous given that, unlike alcohol and cigarettes, marijuana has a wide range of medical applications.

Other than prescription opioids, marijuana is the only drug that relieves my chronic migraines. I like that it doesn’t come with the addiction or overdose risks that opioids do, and I want to use it legally and under a doctor’s supervision.

Unfortunately, I live in Wisconsin, where even medical uses are illegal.

For me, marijuana is a gateway to relief from headaches, not a gateway to harder drugs. Legal medical marijuana allows me to decrease my use of opioids.

Senator Kamala Harris recently reframed the gateway idea in another way. The war on drugs approach of criminalizing marijuana, she said, “is the gateway to America’s problem with mass incarceration.” As a former prosecutor and drug warrior who now supports decriminalization, she would know.

While I was sitting through D.A.R.E. classes in school, others were being criminalized and locked up for nonviolent drug offenses.

These harsh drug laws and strict sentencing guidelines were not enforced equally, either. Although blacks and whites use and sell drugs at similar rates (white people actually use drugs a bit more), black people are 6.5 times more likely to be incarcerated for drug offenses.

In part this is because law enforcement spends more time looking for drugs in communities of color than in white communities. They could have found plenty of drugs and underage drinking among the rich kids in the dorms and frat houses of the mostly white, elite private school where I went to college, but they weren’t looking.

After the arrest, racial disparities continue, disadvantaging low income people and people of color at every stage of the judicial process. The racial disparities continue even after someone has paid their debt to society. A black person with a felony record faces more employment discrimination than an equally qualified white person with a felony record.

It seems like the war on drugs is on its way out, although not quickly enough. The tide is turning toward medical usage of marijuana and even some psychedelics, legalized recreational marijuana in some states, and handling addiction with treatment instead of prison.

Yet marijuana is still fully criminalized at the federal level and in many states (I’m looking at you, Wisconsin).

Many jurisdictions that have legalized marijuana have also expunged the criminal records of anyone convicted of nonviolent, low-level marijuana offenses. But there’s no way to give them back the years of their lives they spent locked up for pot.

Why are we still paying taxpayer dollars to incarcerate cannabis users, taking them away from their jobs and their families? Our current path is a gateway to misery. Let’s choose another.

(OtherWords columnist Jill Richardson is pursuing a PhD in sociology at the University of Wisconsin-Madison. Distributed by OtherWords.org.) Prepped for CityWatch by Linda Abrams.