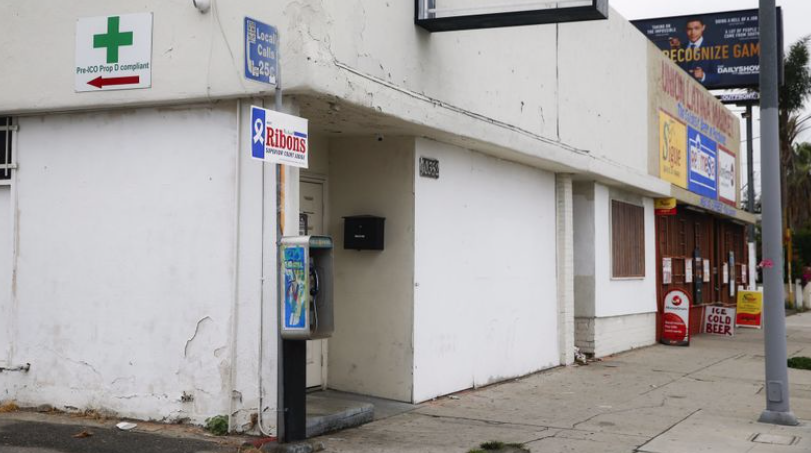 420 FILE--Let’s face it: California stumbled out of the gate with its 2018 launch of regulated cannabis. Tax revenues of about $345 million in 2018 were a far cry from the $1 billion expected.

Most California consumers still live in municipalities without dispensaries, due to defiantly anti-cannabis city councils and NIMBY objections. Megafarms are flooding an already oversupplied market. And illicit marijuana sales still dwarf those from the licensed market, with no sign of slowing. (Photo above: A cannabis shop in Los Angeles on May 30, 2018. (Kent Nishimura / Los Angeles Times)

Industry experts estimate that licensed cannabis sales of about $3 billion in 2018 accounted for only 20% to 25% of purchases in the state. That means that, while Californians are buying lots of cannabis, most consumers are not paying taxes or using the regulated system being built by the government to protect them. And cities are doing little to combat the problem, allowing unlicensed shops to continue operating in blatant violation of the law.

The Greater Los Angeles marketplace is among the most chaotic in the state. The city of L.A. has made little progress on cannabis policy since California passed Proposition 64 in November 2016. To date, the city has issued roughly 180 retail store licenses, but there are thousands of unlicensed pot shops in Southern California left over from the “medical marijuana” days. Additionally, pop-up vendors offer bootleg cannabis to cost-conscious consumers in rented halls or parking lots outside the notice of incurious local law enforcement.

The problem is that the booming underground marketplace undercuts licensed operators, who are forced to spend their investment dollars on lawyers, compliance officers and excise taxes.

As a cannabis distributor operating within the law, I understand these realities from firsthand experience. In 2016 I founded a cannabis distribution company that became operational with the 2018 opening of the regulated market in California. We now have more than 30 people focused on distributing cannabis products to licensed dispensaries and delivery services in Southern California. But we have to compete every day with businesses willing to break the law. (Read the rest.)