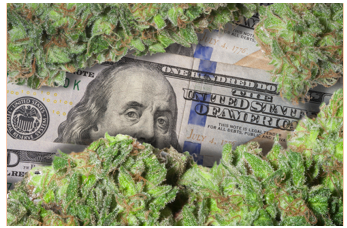 POT BUSINESS--The state’s working group on marijuana and banking has finally issued its report on the litany of banking challenges facing California’s legal marijuana industry. And while it does recommend a number of measures to alleviate the industry’s difficulties, it ultimately concludes that real improvement will require some change at the federal level.

The full report is available here. Below, some takeaways.