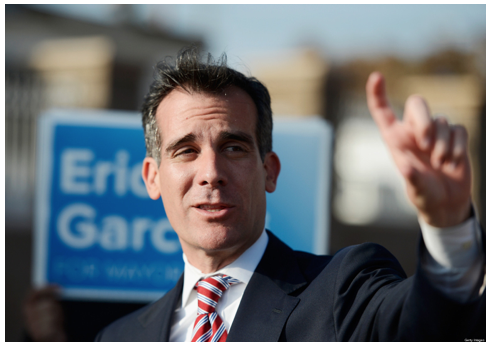 RANTZ AND RAVEZ-When Mayor Eric Garcetti ran for election, he promised he would bring the city around in a positive manner and ultimately focus on a Back to Basics agenda. Most people in Los Angeles truly believed that the city had moved far away from the basics and the idea of a safe and clean city resonated with voters throughout LA. It carried Mayor Garcetti to victory.

There was plenty of anticipation for clean and well-maintained streets without potholes; sidewalks that were not lifting toward the sky because of tree roots; and safety in our business and residential neighborhoods, parks and all the rest that goes with living in a proud and productive city. We were sold on that campaign pledge but time has proven that few of the Back to Basics promises have been kept. And there’s little hope for any change in the future.

When it comes to the city’s liabilities and the millions of dollars in claims and payouts, LA has done a terrible job in reducing those costs to the city and ultimately to the taxpayers. For many years, most city departments have demonstrated a total lack of concern for liability payouts and have not developed ways to prevent them. When a city employee can win a $17.4 million verdict for issues dealing with harassment, something is wrong with the specific department and its managers. People are not held accountable and it’s we the taxpayers who pay the tab over and over.

A friend hit a pothole in his MBZ 550 and blew out a tire. The city paid him $500 on the filed claim.  While millions of dollars were put aside for sidewalk repair, little has been done in the residential areas of the city. There are small improvements here and there, namely around public facilities. As far as the residential areas are concerned, people are still tripping and falling and collecting money from the city’s liability account -- an account that has exceeded the available funds. The City Council is considering a plan to issue a bond to cover liability cases. What is the City Attorney doing to counter all the liabilities caused by the various city departments? For over fifty years, there has been a disconnect between the departments that continue to just “do their thing” and the City Attorney who ends up paying out on the many liability cases.

Add to this the problem that will occur when recreational marijuana becomes legal on Jan 1. What will happen when a city employee (I don’t want to point fingers at any department) operating heavy equipment or in the public safety field is engaged in an activity where there is an injury and the city employee has used marijuana the night before the incident? Talk about city liability! Is the city preparing for this situation? If not, they should think about it now. Unlike alcohol that will burn off in a short period of time, marijuana can remain in the system up to 30 days.

The Mayor’s Back to Basics has not done much to reduce or eliminate the homeless situation in Los Angeles or to reduce crime or the traffic gridlock that is strangling Los Angeles. When I add it all up, not much has been done to get Los Angeles back to basics.

Having worked side by side with Mayor Garcetti for 12 years on the City Council, I know he would have wanted to accomplish his Back to Basics agenda by now. But there is still time. With hard-working General Managers and more tightly-run operations, the goal can be accomplished. I have offered my assistance to the Mayor in the past and stand ready to assist when asked. I know that by working together we can make this a Back to Basics City for the benefit of all taxpayers.

As of July 22, here are the Los Angeles Police Department’s official Citywide Crime Statistics for 2015 vs 2017:

That’s it for this edition of RantZ and RaveZ…