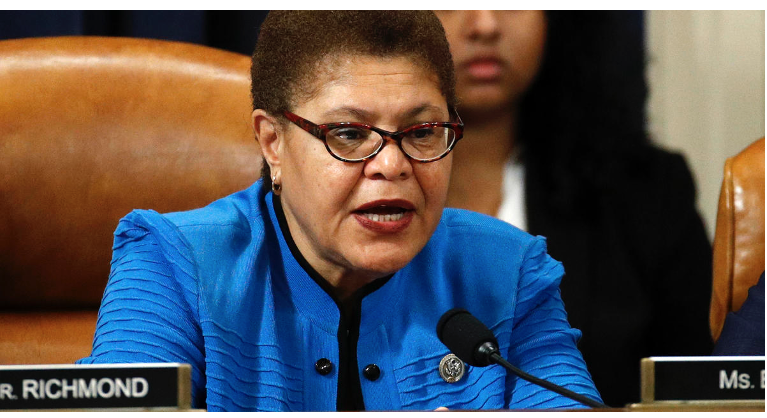 The poll found 14 percent of the 761 residents polled preferred Bass over the other perceived front-runner for the Harris seat, California Secretary of State Alex Padilla, who was favored by 11 percent of those polled.

Meanwhile, an ad hoc group of 78 prominent African American female civic, business, political and community leaders today petitioned Newsom to replace Harris with another AfricanAmerican, saying it would be “unacceptable” if the governor did not reward the Black female constituency that proved to be the “backbone” behind Joe Biden’s presidential election.

In their strongly worded letter, the 78 women urged Newsom to appoint Bass (D-Los Angeles) or Congresswoman Barbara Lee (D-Oakland) to the Harris seat. Both legislators, the petitioners wrote, are “imminently qualified with many years of service and can hit the ground running” to represent California. “African American women are the backbone of the Democratic party,” the petition went on to say. “Their voices should be heard, and their communities represented…no constituency is more committed and more reliable to the Democratic party than African American women.”

The 78 women are organized under the banner of #LetsKeeptheSeat and represent a broad cross-section of African American female leaders from California. A complete list of the petition signers can be found in the attached letter sent to Newsom. “It would be irresponsible for the governor not to appoint an African American woman to replace the only African American woman in the U.S. Senate," said Joy Atkinson, founding member of the Los Angeles African American Women’s Public Policy Institute (LAAAWPPI).

“Depriving California of direct African American female representation in the U.S. Senate would be illogical and a step backwards for African Americans," said Assemblywoman Shirley Weber, Chair, Legislative Black Caucus. “It would be insensitive and politically tone deaf not to appoint an African American woman,” added Molly Watson of Courage California.