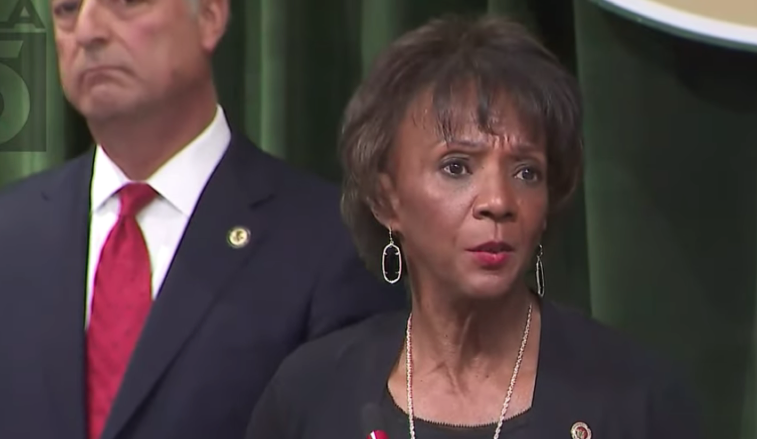 JUSTICE LONG OVERDUE-Los Angeles District Attorney Jackie Lacey’s failure to charge Ed Buck for the deaths of Gemmel Moore and Timothy Dean was not because of a lack of evidence or probable cause.

Her failure was a direct result of a lack of interest and political will. All of which was the reason that the sheriff’s department sought outside help from their federal counterparts to finally bring Buck to justice.

Make no mistake. This is an election year and DA Lacey is extremely embarrassed, and rightfully so, after having one of the biggest cases in her jurisdiction publicly snatched from her by the U.S. Attorney’s Office.

She is trying her best to rewrite history -- but not on our watch.

Long before Sept. 11, 2019 -- when another man almost died of an overdose at the hands of Ed Buck -- there was plenty of evidence that Buck caused Gemmel Moore’s death. The evidence at the scene alone demonstrated that Buck was lying about what happened and that Gemmel’s death was the result of foul play. The kind of foul play that usually results in murder -- unless you are a wealthy white man with political connections. After all, we cannot ignore the fact that this is the same district attorney who took a political donation from Ed Buck on Feb. 14, 2018, nearly seven months after the death of Gemmel Moore and in the middle of a homicide investigation that involved the donor.

After Gemmel’s death, we secured limited immunity from the district attorney’s office for the victims of Ed Buck to speak to the sheriff’s department about what they knew. It was not offered. It was something we fought for.

There were numerous statements, text messages, photos, and videos provided to the sheriff’s department by these victims. If that wasn’t enough, there would eventually be the dead body of Timothy Dean in the same apartment under the same circumstances. All of which would normally be more than what was needed for Lacey to file murder charges -- on anyone of color.

And while Lacey lied about the validity of the victims we brought to the sheriff’s department over the course of this investigation, saying that they were secondhand witnesses with hearsay testimony, it was those same witnesses that the federal government used to secure an indictment against Buck in the deaths of Gemmel Moore and Timothy Dean and three additional counts of methamphetamine distribution.

In our best impression of television’s Maury Povich -- that was a lie.

We know that up until as recently as this summer, Lacey claimed to not even know anything about the additional victims or that Ed Buck was still engaged in the same predatory behavior that took the lives of Gemmel and Timothy.

We also know that since Buck has been charged by the feds, Lacey’s office is only now trying to scramble and backtrack and speak to our victims in what we can only describe as some too little too late lame-ass attempt to build the case that should have been brought in 2017 after Gemmel Moore’s death and before Timothy Dean died.

One distraught victim emailed us last week to express his disappointment over the district attorney’s office telling him that it was too late for him to file charges against Ed Buck and that although he had come forward some time ago, the DA acknowledged they hadn’t even bothered to look at his file and or any of his evidence.

“She tells me that she hasn’t looked at my file. If you haven’t looked at my file why did you allow the time limit to pass. [sic] Secondly she never cared to ask for any evidence from anyone. Nor did anyone turn in any evidence to them. I felt what he [Buck] did to me was just brushed to the side and everyone had a false since [sic] on [sic] caring about me.  So I [sic] risked my life and my evidence wasn’t looked at and when the prosecutor gets around to it theyll [sic] throw me a bone. Doing this is extremely hard especially when Im [sic] experiencing severe depression.”

Let us not forget that when Ed Buck was finally arrested and charged by Lacey on Sept. 17, it wasn’t for the deaths of Gemmel Moore, Timothy Dean or the countless other victims who had stepped forward about the white man in West Hollywood who they say was a violent, dangerous sexual predator with a Tuskegee Experiment-like fetish that included shooting crystal meth into conscious or unconscious young Black men that he picked up off the street or via dating hookup websites. No. It was for maintaining a drug house, battery causing serious injury and the administering of methamphetamine. Charges that if convicted on would have at most amounted to five years in state prison -- which in California could easily be five months.

Then there’s Jackie Lacey’s excuse that the evidence against Ed Buck did not provide probable cause to file murder charges due to a lack of evidence Buck had an intent to kill.

The reality is that she could have filed first-degree or second-degree murder charges against Buck ever since the latter half of 2017, after the death of Gemmel Moore.

Felony murder is a first-degree murder charge requiring evidence that a person committed a felony or was in the commission of committing a felony that resulted in someone’s death, and the death of that person was a reasonably foreseeable result of the commission of the felony.

Alternatively, Lacey could have charged Buck with murder in the second-degree since Buck’s conduct of injecting Gemmel and Timothy with methamphetamine was in reckless disregard for their lives. The evidence that the sheriff’s department collected clearly shows that Buck often injects his victims with methamphetamine without their consent. The evidence also shows that even when his victims agreed to be injected, Buck shot them up with deadly doses that far exceeded what his victims consented to. Buck’s actions demonstrated an intent to kill, but they also at very least provided probable cause of depraved heart second-degree murder.

Lacey believes that she can escape accountability by declaring that she didn’t know about evidence, statements, and reports from the sheriff’s department. She does not get a pass. Because of her inactions, Timothy Dean is dead and multiple other young Black gay men continued to be victimized.

The law requires the District Attorney to investigate these crimes. Jackie Lacey had a duty under the law to look at the evidence and to read the reports, including witness statements, obtained by the sheriffs. She says she didn’t do that and that is an admission that she has been derelict in her duties as a DA. Her dereliction of duty, however, does not absolve her of the responsibility of prosecuting Ed Buck for all the charges of murder that are clearly supported by the evidence against him.

Putting out newsletters and statements containing even more falsities about her office’s role in Ed Buck’s arrest is simply an effort by Jackie Lacey to do damage control during an election year where her tenure as the district attorney in the County of Los Angeles is on track to come to an abrupt -- yet long overdue -- end.

The simple truth is, Jackie Lacey failed the victims of Ed Buck and the residents of Los Angeles County when she failed to muster the political will to prosecute him for the deaths of Gemmel Moore and Timothy Dean. Lucky for her, we don’t plan on making that same mistake on Election Day.

(Jasmyne A. Cannick and attorney Nana Gyamfi have been working together to bring justice to the families of Gemmel Moore, Timothy Dean and all of Ed Buck’s victims. Follow their work with Justice 4 Gemmel and All Ed Buck’s victims at www.Justice4Gemmel.org.) Prepped for CityWatch by Linda Abrams.